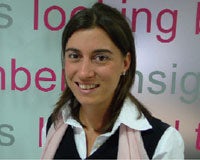 Stick your neck out for a glimpse into the future

‘Future shapers’ give a far better insight into the potential success or failure of brands than early adopters, and by analysing their behaviour, marketers can stick their necks out and make predictions about the year ahead. By Josie Kearney, TNS

The problem with marketing research is that it often looks backwards, rather than trying to predict the future. Too often researchers are scared of making bold claims about what is likely to happen and hide behind caveats, question marks and consumer quotes. But, in all fairness, this may be because we just haven’t had a meaningful way of orientating ourselves towards the future.

Much has been written about whether early adopters can provide that elusive glimpse. These are people whose product and service take-up is ahead of the mass market, but our experience says they are usually just as quick to abandon a new product as they are to adopt it in the first place. Theirs is behaviour that shapes fads, rather than spearheading longer-lasting trends.

At TNS, we believe in the power of “future shapers” – people who have a disproportionate influence on the future and who can help to identify important potential opportunities for brands. By analysing their behaviour and exploring the products and brands that they consume, we can stick our necks out and make predictions about the year ahead.

These forecasts are based on data that TNS has collected throughout 2007 using the Future- View™ model. Brands that have strong growth potential are identified because they have a high proportion of future influential consumers, relative to other brands in the same category (data is summarised according to a Future Opportunity Index). Current market size is also taken into account – just because a brand is big does not mean it has limited future potential.

Using the categories of technology and cold drinks I am going to share my views about which brands are likely to succeed and which will fail.

Technology
Within the technology space, brands which look well placed for growth in 2008 are LG, Sony Ericsson, Samsung and Archos. Of course, this varies on a category by category basis.

Sony Ericsson and LG are the best positioned mobile handset brands in the UK in terms of future opportunity. LG is a fairly new entrant into the UK marketplace and, while it has low market share, the small range of high end handset models has attracted the right attention. LG is definitely a brand to watch in 2008.

Unfortunately for Motorola, that future does not look quite so rosy. Assuming no new iconic phone launch, our FutureView model suggests that this brand will continue to fall flat.

Despite an average performance in mobile handsets, Samsung is well placed to increase market share in 2008 in flat-screen TVs, posing the biggest threat to Sony. “Made in Korea” seems to have shaken off the shackles of cheapnes and poor quality.

Archos, a relatively unknown music handset manufacturer, has the highest future potential seen in any technology category. Archos’s strategy is to bring the latest in technological advances to the mass market. While not yet hugely successful, it appeals to future shapers, so we think this brand will make waves in 2008.

Fruit smoothies are no longer cutting edge, but we still anticipate growth in 2008. Within yoghurt drinks, we believe lassis is the category to watch.

In terms of the way product benefits are communicated, we will see more about what is included in the ingredients than what is excluded. There will be less emphasis on drinks not including additives and artificial sweeteners, and more emphasis on the positive health benefits of added vitamins, probiotics and superfoods.

As for alcoholic drinks,there are early warning signs that future shapers think bottled cider has had its day. Cider manufacturers will no doubt be hoping for a warmer summer in 2008, coupled with a warmer relationship with their consumers, but they will need to better understand and engage with their future shapers.

The life of the giraffe must be quite liberating, being able to see the great expanse in front of them. A giraffe once told me to stick my neck out, and I recommend you try it too. You’ll probably find that all the future shapers are doing the same.

Canny marketers can maximise their research budgets by pooling resources or turning to technology. By Alicia Clegg

Consumers are experimenting and brands are struggling to keep tabs on them. Whether the choice is between green versus indulgent, luxury versus budget or low-tech versus high-tech, consumers relish being called on to make decisions. If research spend was indexed linked to marketers’ needs to understand their customers, 2008 would be a bumper year. Sadly, no such relationship exists so budgets must be made to work harder.

Understanding the  repertoire of people’s tastes and the complex interplay between time of day, consumption context and customer psychology is a challenge that cuts across sectors. Steve Curzon, marketing director at brewer and leisure retailer Adnams, sounds a wistful note in recalling times, now past, when it was possible to pigeon-hole consumers on the basis of a few well-chosen markers, usually age, sex and occupation. “The upmarket City worker who is happy in a gastropub or a high cuisine French restaurant is also very comfortable in his local spit and sawdust.”

In media, as in hospitality, consumers are picking and choosing where and when to spend their leisure hours and money. Faced with a proliferation of digital and mobile channels through which to disgorge content and suck in advertising revenue, budget holders must research selectively or slice the cake more thinly.

One trend is to move surveys to the Web, which generally works out cheaper than interviewing face-to-face. Watch out also for more syndicated research, says GMTV head of research Steve Elliott, who recommends clubbing together as a way of making high-cost ethnography affordable. “We have to drill down to get beneath factors such as penetration. Only if we understand how people use different devices and platforms can we understand how to adapt our content.”

Smaller businesses with modest means and lofty ambitions might benefit from joining forces. Good Energy, a supplier of electricity from renewable sources, is one of several ethically- driven companies eager to take on the world. Many of the questions that preoccupy Good Energy, such as how to get people to act on their ethical leanings and how to compete against big name brands, are equally pertinent for firms cut from similar cloth, such as organic food company Abel & Cole. “By working as a group that is out to change the agenda, we can all benefit,” says Good Energy director of communications and marketing Penelope Chapple.

Procurement departments
Evaluating advertising is, as ever, a research minefield. Linked to this is a pressure from within firms, which Elliott puts down to the rise of professional procurement departments, for marketers to adopt research methods, such as brain scanning, that appear more rigorous than asking people for their opinions. But do techniques that promise to replace supposition with facts live up to their PR?

Observing how a viewer’s neural networks fire in response to advertising sounds scientific. But watching chemical reactions in the brain doesn’t yet divulge a consumer’s inner thoughts and feelings. Still less does it predict whether that individual will buy an advertised brand when they see it, outside laboratory conditions, in the shops. But why speculate about advertising effects, when so much can be discovered from sales data?

Martin Hayward, director of strategy and futures at Dunnhumby, the data specialists behind Tesco’s Clubcard, asserts that with people’s buying histories now captured on loyalty cards and internet databases, brands and retailers no longer need to ask consumers about their habits. What is more, by interrogating customers’ records, marketers can begin to make links between promotions and what people buy. “With our Tesco data we can look at specific purchases of the Daily Mail and see if an ad, on a particular day, affected households’ purchasing.”

Psychological insight
Change is also in the air for brand-related research. Here, the need is not for analysing what worked in the past, but for psychological insight suggesting big ideas that consumers might take to in the future. Olivia Johnson, planning director at ad agency Hooper Galton, detects a widespread sense that focus groups are running out of steam. “There’s a feeling that people have become expert respondents and are giving stock answers.”

One way to re-enthuse research-worn consumers might be to recruit through online communities. “Social networks are subverting many of the rules about where and when research is done,” says Futureal founder Tamar Kasriel. “If you want to talk to people who love cars, go to places where car enthusiasts congregate on the Web.” Another possibility, says Johnson, is to shift the emphasis from asking questions to giving consumers practical tasks to work on and products to try out.

A believer in “hypothesis-led” insight, Johnson says marketers should always begin with an idea of what they want to prove, rather than looking to research for inspiration. Put another way, marketers should research less and think more. Cash-strapped budget holders could do worse than make this their New Year resolution.

Get the buying process right and your promotions and incentives will win over consumers. By Kevin Harrington, Sodexho Pass

There was much disappointment – and even a little anger – last week when the chance to buy EMAP Radio was snatched away from radio-specific bidders by consumer magazine group H Bauer. Bidders included former Chrysalis chief executive Phil Riley, who led a bid for buyout group Veronis Suhler Stevenson, and Tim Schoonmaker, the former […]

Click here to find out more about these subjects: …