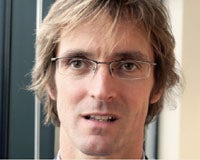 With new ways such as mobile and the Web to reach readers, the local press can no longer be regarded as the traditional printed product. By Robert Ray, The Newspaper Society

Writing for last year’s The Year Ahead, I said it was an exciting time to be working in the regional press. The past 12 months have proved to be just that, with a raft of exciting changes across the industry.

Since we launched research project The Wanted Ads in April last year, the number of media opportunities available from local publishing groups has increased beyond expectations. Today, we have over 1,300 local newspapers, 1,100 websites, 750 local magazines or supplements, 36 local radio stations, mobile phone applications, and even two television channels.

With this platform growth, the industry has evolved from local press to local media. Advertisers now have more opportunities than ever before to capitalise on the unrivalled reach of the industry into all sectors of society.

At the heart of our proposition is content; local news and information, which remains the core of what we do and the reason why audiences remain so buoyant across our industry.

More ways to get involved
Readers are becoming more actively involved in our medium. They always have been through letters pages and local events, but new technology gives them even more scope to interact. Video clips can be sent straight to the newsroom from a mobile phone and online forums provide opportunities for comment and contribution to debate.

This is good news for advertisers: mass reach, but with focused geographic delivery in an environment where we know the advertising is welcomed and acted upon.

The first stage of the three-part research project The Wanted Ads (GfK NOP Media 2006) revealed that local media readers don’t avoid ads like readers of other everyday media. Ads are part of the reading experience and, most importantly, are acted upon. About 70% of adults across all age and income levels act on local press advertising.

The second stage of the study (Ipsos MORI 2006) demonstrated the effectiveness of local press with a number of brands: Foster’s, Lavazza, Dr Oetker, Heinz, Thomas Cook and Innocent.

The third part of the series which looked at the impact of a combined advertising push in local newspapers and on their websites. TNS Media analysed the effectiveness of four campaigns for four diverse advertisers: Waterstone’s, Virgin Media, PruHealth and Walt Disney Pictures’ Pirates of the Caribbean 3.

Crucially, the research showed that placing advertising on a local newspaper’s website affords the brand the same benefits as advertising in the printed newspaper.

Trust and reliability
In the study, nearly 60% of people agreed that advertising in local media, newspapers and websites, is trustworthy and reliable; 49% more than the nearest medium, commercial TV. Advertising on local newspapers’ websites is, at an agreement level of 53%, nearly twice as trusted and reliable as other websites. The trust, relevance, immediacy and action delivered by local media advertising help explain the power of the medium in local markets.

We know local media delivers unrivalled local market delivery and more brands are capitalising on this to defend geographic strength or target opportunity. But what does the future hold for the industry?

First, local media companies will continue to develop platforms, including their existing core print and digital assets. Online will continue to enhance audience interaction and connection.

Second, there will be more mobile opportunities. Mobile is already used by many local media companies to extend their provision of local news and information, with a number of brands using it as an integrated part of their campaigns.

The opportunity to create an even more holistic local media campaign under the credible and trusted umbrella of a local media company will yield further benefits for advertisers.

Third, we are developing audience measurement tools to ensure cross-platform accountability for advertisers. In 2008, the UK’s new platform, local media, will be better positioned than ever to credibly connect your brand with the community.

Sales of papers are down but with media owners diversifying into digital, the signs are positive for the regional press, says John Reynolds

With a raft of successful brands championing the benefits of advertising through this fast-evolving medium, one can imagine that 2008 holds much promise for the regional press.

Kellogg, Unilever and Flybe are among those that have effectively leveraged the opportunities offered by the local press in the past year.

With regional papers developing into regional media offerings, ways for marketers to engage with targeted consumers appears to be growing.

Yet, like its national counterparts, circulation levels of regional press are generally falling, with all the major regional newspapers suffering a drop in sales in the six months to June 2007, according to the latest Audit Bureau of Circulations (ABCs) figures.

Additionally, some media agencies and clients still hold prejudices about the regional press. One media agency executive says: “I don’t think the regional press is in great health. It is time-consuming to plan and buy, and while tailoring ads to specific regions can be more effective, it often comes with an extra cost.”

Yet for some brands the medium forms a crucial part of its marketing spend. Kellogg marketing director Kevin Brennan says advertising across the regional press has proved crucial in raising awareness of its Rice Krispies breakfast cereal. “We carry out advertising nationally on a regional basis,” he says. “It allows us to get closer interaction with mums and children. We will carry on in a similar vein next year.”

Reach for it
When challenged on falling circulations of regional newspapers, Brennan argues that the brand’s advertising still finds an effective reach, complemented with its other advertising spend.

Simon Lilley, marketing director of Flybe believes the regional press is vital to its future growth. Although Flybe serves several European routes, 70% of its business is domestic. Lilley says the regional press provides “greatest relevance” for the company and that it will increase its marketing spend on regional press from 50% to 65% next year to between £6m and £7m. He adds that Flybe gains much of its brand loyalty from local sports sponsorship.

While some observers believe local newspapers continue to be under-represented in the London-focused media environment, they have often embraced the digital future quicker than national newspaper brands. The 1,300 local newspapers now offer an array of opportunities to advertisers, through their online, mobile, TV, and radio offerings. Media observers believe that the regional press will offer more opportunities next year through the growth of mobile, which will form a crucial part of integrated campaigns.

Issue of trust
The Newspaper Society – the trade body that promotes the value of the regional press as one of the UK’s strongest advertising mediums – recently revealed research that shows local newspapers are now more trusted than national media – findings that it argues  should trigger reappraisal of media buying and planning schedules.

The third part of the Newspaper’s Society’s The Wanted Ads study revealed that the combination of local print and online media are 49% more trusted than commercial television. It also found that advertising on local newspapers’ websites is nearly twice as trusted and reliable as other websites. Campaigns from Waterstone’s, PruHealth, Walt Disney Pictures and Pirates of the Caribbean 3 revealed people were more aware of advertising in local media, and had a higher opinion of the brands featured there.

This trust in brands has seen many local newspaper brands revert to their individual names for their websites, rather than generic branding. But while regional press continues to evolve across new platforms, some media buyers believe newspapers will have to up the ante and offer advertisers improved integrated offerings.

PHD business director Daren Rubins says: “Ultimately, if papers are losing circulation, it is a worry. But take the Manchester Evening News model which is increasing its footprint across different platforms. By doing so it can come to advertisers with a one-stop shop. We need to see more of this.”

MEN Media, which employs a part paid-for part free model of its Manchester Evening News newspaper, has a wide range of communications channels, including television channel Channel M. One media buyer says: “MEN Media has been a huge success, delivering what it said it would. It is a good quality publication, distributing a number of free copies and attracting a younger audience. I think other cities will follow.”

The regional press, in many cases, is at the forefront of innovation, and local media companies are likely to develop a range of platforms next year, reaching their audiences through their core print and digital assets. And while falling circulations of regional newspapers remains a concern for advertisers, the industry is likely to adapt quickly to the new world of media consumption in 2008 and prove a lucrative revenue stream for many advertisers.

Microsoft, Google and Yahoo! have agreed to pay out a total of $31.5m (15.75m) to settle allegations that they promoted illegal online gambling operations. The three companies were accused of receiving money from online gambling businesses to advertise illegal betting between 1997 and 2007.

McCain is planning a major relaunch of its Home Fries range backed by a 2m ad campaign. It is understood the changes aim to position it as a premium product.