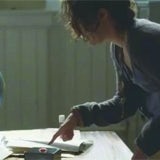 The gruesome four minute video ends with the caption: “Cut your Carbon by 10%. No pressure.”

Richard Curtis, writer of Blackadder and Four Weddings and a Funeral, directed the video for the campaign as it nears its first anniversary.

Tweets commenting on the video have already gone into overdrive, with 10:10 having removed it from its website.

Peter Crouch also makes an appearance, though isn’t blown up.

A spokeswoman for the 10:10 campaign says: “Many people found the resulting film extremely funny, but unfortunately some didn’t and we sincerely apologise to anybody we have offended.

The 10:10 campaign is designed to encourage people, business and government to cut their carbon emissions by 10%. It is an independent organisation founded by film director Franny Armstrong and backed by a range of organisations including Comic Relief, as well as companies such as O2 and Sony. Action Aid is also leading over 1,000 schools to cut emission by 10%.

The coalition government has also committed to cut the government’s carbon emissions by 10% in a year, to help combat global warming. On October 10 – 10.10.10 – the campaign will hold a Global Day of Doing, involving 180 nations.

A spokesman for O2, one of 10:10’s partners, said following the withdrawal of the video: “We acknowledge our responsibility to the environment and are committed to reducing our carbon emissions both as an organisation and in society as a whole. 10:10 is an independent organisation and we don’t ask for editorial control over the content of its campaigns.” 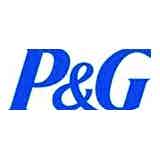 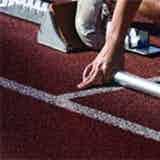 It is less than two years until the start of the London Olympics and sponsors will seriously have to up their game in the awareness stakes if they are to gain a strong advantage from the Games. London 2012 is giving brands what could be a once-in-a-lifetime opportunity to engage with a British public united […]