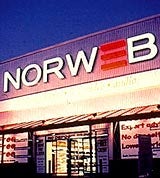 Energy suppliers Eastern Energy and Norweb Energi are both understood to be reviewing their advertising accounts, following the appointment of Matthew Crane as the new head of marketing for TXU Europe. The account is believed to be worth &£10m.

Both the energy brands are owned by TXU Europe, a Dallas-based utility company. Eastern merged with Norweb Energi last year, following Norweb’s acquisition by parent company TXU. The majority of the above-the-line work for the two brands is carried out by Roose &amp; Partners. The agency also handles corporate advertising for TXU Europe. Media buying is through Mediacom.

An industry source says: “The retail business of TXU Europe is being restructured and there will be a shake-up after Crane’s appointment. He will look at the agency situation. If I were the incumbent agency I would be on my toes right now.”

Formerly the director of marketing for store format development, Crane will be responsible for the development and implementation of the marketing strategy for both retail brands of the utility company. He will report to the Eastern Energy president, Roger Partington, who also has responsibility for the Norweb Energi brand.

However, a spokesman for TXU Europe denied that an agency review is underway.

At the moment, the retail business of TXU Europe is piloting various “home-services” schemes in different regions of the country. These include a “stay warm” initiative, which allows customers to make fixed payments based on the number of bedrooms and occupants; and “stay safe”, which encourages the use of smoke alarms and home security systems.