Murphy, formerly Superdrug’s top marketer, was appointed chief executive of the directory enquiries service in May 2008. At 118 118, he oversaw a repositioning of the brand, which included launching an SMS information service which claimed to answer any question. Sports scores and weather updates were later integrated into its SMS offerings.

Under Murphy, ad agency Brooklyn Brothers was appointed and the company ran tv ads featuring animated versions of the 118 118 runner brand characters, which were originally created by WCRS. 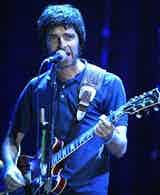 Dyson has reorganised its marketing department in a bid to boost its profile overseas.