Directory enquiries service The Number 118 118 is launching a £4m brand campaign focusing on its customers and will use animation for the first time in its advertisements.

The campaign introduces a new tagline – “Need a Mate? Call 118 118” – which replaces the old tagline “Who You Gonna Call?”

The latter debuted in February in ads featuring singer Ray Parker Jnr and a new version of his Eighties pop hit Ghostbusters.

The new campaign, created by The Brooklyn Brothers, involves television commercials and a sponsorship deal with ITV, which begins this week.

The tie-up with the broadcaster will include ITV’s film strand and features idents which show the 118 118 runners interacting within movie clips, including North West Frontier and The 39 Steps.

However, the runners will take more of a supporting role in the new TV ads. The focus instead will be on the directory service company’s customers, who are placed in a series of lifestyle “call” scenarios.

There will be different television executions rolling out featuring new expanded services in October and November.

The alcohol industry’s hangover seems only to get worse and worse. If it isn’t critics demanding a crackdown on sales promos, it’s doctors saying they shouldn’t be advertising at all. And in the online sphere, drinks brands may find little sanctuary in their own websites. 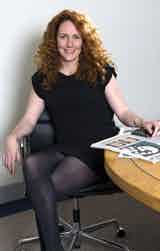 Spotify’s mobile app has received a mixed reception from consumers following its launch in the iTunes App Store yesterday.