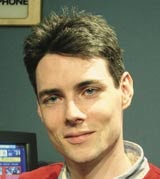 Virgin Radio’s launch of the first radio service for 3G mobile phones has attracted 18,500 unique listeners since it first broadcast in March (MW March 3). The service has been accessed 98,000 times, with users listening to 450,000 minutes of radio over their mobiles.

Virgin Radio head of new media strategic development James Cridland admits that Virgin and technology partner Sydus were surprised that the Russian Federation was the country with the most listeners, followed by the UK. Cridland adds: “We’re seeing about 900 users every day after only three months.”

However, real growth in radio broadcasting to mobile handsets will only come if network providers cut consumer costs – at present, Cridland estimates that it costs about &£14 to listen to an hour of Virgin Radio on a mobile. “There are already streaming video services to mobiles at a flat monthly fee: there is no reason why radio can’t be part of those packages.”

He cites a recent report from South Korea – currently the most advanced mobile market in the world – which suggests that consumers buy handsets to access video services, but end up using them more for audio.

Cridland admits that Virgin Radio is in talks with “a wide variety of network operators” about expanding the service.

To access the radio stations over 3G, users download a Symbian application, developed by Sydus, to their handset.

Transport for London has shortlisted five agencies for its £10m media planning and buying account. PHD, the incumbent, is up against Carat, MediaCom, Starcom and Mediaedge:CIA for the three-year contract.

Unilever Foods UK is stepping up its bid to build Flora Pro-Activ into a major functional food brand with the launch of blood pressure- lowering yoghurt drinks. The mini-drinks, which will be launched in autumn, will come in a number of variants and receive significant marketing support. The launch will build on last year’s launch […]