The past is a foreign country: they do things differently there. And few territories have changed more in the past 40 years than marketing and the media.

In 1978, the year we launched Marketing Week, there were just three TV channels, only one of which carried advertising. Newspapers were in black and white and thin, their paging restricted by the print unions: only the quality Sundays carried more than one section. Advertising agencies provided a full service to their clients, with in-house creative and media departments, and the media – like the car industry and the coal mines and many other industries before the Wapping dispute – were tightly controlled by the trade unions.

Within months of Marketing Week’s launch, printers at The Times and Sunday Times began an 11-month strike, taking the papers off the streets. This wasn’t the only industrial action that year. “The winter of discontent” brought Margaret Thatcher into power in May 1979 – helped by Saatchi & Saatchi and its famous “Labour Isn’t Working” poster, showing a long dole queue.

Marketing Week caught the wave of Thatcherism and the rise of the Saatchi brothers, who set out to woo the City and convince business of the power and value of advertising and branding. Rupert Murdoch would take over The Times and Sunday Times in 1981, laying the foundations for his union-busting dash to Wapping in 1986.

All this was grist to the mill of the fledgling Marketing Week, one of the first publications to highlight the importance of media.

Viewed from the digital-dominated perspective of 2018, when Google and Facebook hoover up the ad revenue (and give nothing back) and advertising is seen as sinister and dangerous, the 1980s could be seen as a golden age for advertising and marketing.

Directors such as Alan Parker, Hugh Hudson and Ridley Scott were cutting their teeth in the commercial break and the ads were widely regarded as better than the programmes.

There was a clear demarcation between the ads and the content (and no sponsored programming for fear of blurring the lines). Regulators and the Consumers’ Association lauded advertising for promoting competition and bringing down prices (though only after the industry beefed up the Advertising Standards Authority to make ads ‘legal, decent, honest and truthful’).

And the arrival of Channel 4 in 1982 and breakfast TV in 1983, and the breaking of print union power in 1986, unleashed a wave of new programmes, newspapers, magazines and media creativity, all funded or underpinned by advertising.

But this didn’t happen straight away.

Four months after Thatcher came to power in 1979, with The Times and The Sunday Times still not publishing, it was the turn of ITV to go on strike. For 11 weeks, advertisers had no television outlets for their commercials at all.

All this was grist to the mill of the fledgling Marketing Week, one of the first publications to highlight the importance of media, several years before the arrival of media correspondents in national newspapers and broadcasters.

The cloud of the ITV strike had a silver lining. An enterprising ad agency – D’Arcy Masius Benton & Bowles – took advantage of the absence of commercials to measure the sales of TV-advertised products and compare them with those that had not been promoted on television. The econometric analysis proved that TV advertising worked – and Marketing Week carried the report exclusively, along with many other media stories.

We revealed that satellite television had a realistic prospect of becoming a competitor for ITV and published the first map of a satellite footprint.

We championed the cause of the fledgling media independents, publishing a table of their billings in 1978 and for several years afterwards – measuring their progress and telling their stories, at a time when the Institute of Practitioners in Advertising (IPA) refused to recognise them and fought to do them down.

Marketing Week organised TV and radio conferences in Monte Carlo and other exotic locations, bringing media owners together with advertisers and agencies to discuss their business away from the day-to-day distractions of London. Other media-owners – newspapers, magazines, outdoor – followed suit.

And in 1984, when advertisers were campaigning for the BBC to carry commercials, to help bring down the cost of TV advertising, Marketing Week commissioned a cover story from Rodney Harris, the media director of Masius, showing how this might work in practice. It created national newspaper headlines and built momentum for the advertisers’ case, much to the BBC’s discomfort.

There were just three TV channels, only one of which carried advertising. Newspapers were in black and white and thin.

The launch of Marketing Week itself also shows how far the media world has changed in 40 years. In those days, a weekly trade publication could be a licence to print money, fuelled by the triple-play income of cover price, display and classified advertising, and with much lower production costs than those demanded of newspapers by the print unions.

Campaign – from Michael Heseltine’s Haymarket Publishing – had rewritten the rulebook, introducing a glossy large-format design and great photographs and encouraging its journalists to bite the hand that fed it.

Instead of tamely printing press releases and spouting the words of industry leaders, Campaign did real journalism – breaking stories, challenging claims and publishing warts-and-all profiles of industry figures. It was hugely profitable – particularly after it had killed off its only direct rival, Adweek (nee Advertisers’ Weekly) and monopolised the lucrative display and job advertising.

The upstart Marketing Week set out to break the monopoly of the Haymarket’s Campaign. Haymarket tried to strangle its new rival at birth, launching spoilers and cutting its ad rates. But media owners were delighted to have a competitor for their trade-press advertising.

Radio Times, with a double page spread each week, and ITV companies such as Thames and Trident gave full support, effectively underwriting the new title’s finances till it found its feet. Six months after we launched, we poached some of Campaign’s best journalists and were on our way.

Another significant hurdle was soon to be overcome. As Marketing Week flexed its wings, it highlighted criticism of ITV’s monopolistic sales practices by advertisers and agencies. Thames and Trident threatened to cancel their advertising but to their great credit, Marketing Week’s editor and publisher stood firm and carried on reporting.

From a 2018 perspective, in a world of paid content and native advertising, such a principled approach to editorial independence may seem quaint. But it was important at the time – and some of us think it still is.

Torin Douglas was a contributing editor and columnist at Marketing Week from 1978 to 2006 and is a former BBC media correspondent. 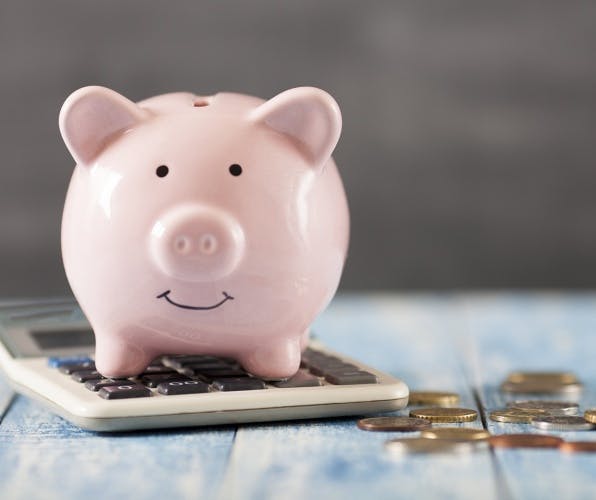 The marketing industry has changed significantly since Marketing Week launched its Career and Salary Survey in 1998, but when it comes to the best (and worst) paid sectors and equal pay, the results are fairly consistent.