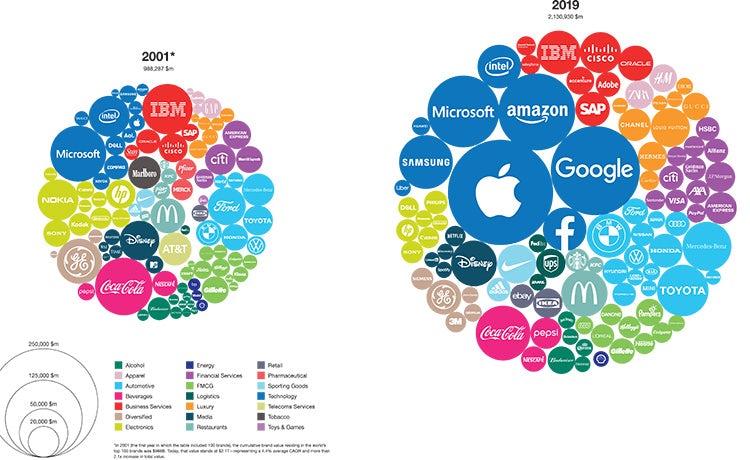 Relevancy and responsiveness are key traits shared by the brands that have retained their place on Interbrand’s list of the top 10 most valuable brands 20 years after the ranking made its debut.

Taking into account changes to the ways we communicate, work, travel and entertain ourselves over the intervening decades, Microsoft (4), Coca-Cola (5), McDonald’s (9) and Disney (10) are the only brands from the 2000 ranking to claim their place on Interbrand’s 2019 top 10.

“Staying at the top is a massive achievement. Brands like Coca-Cola and Disney have remained relevant to their customers and have also remained culturally relevant,” explains Interbrand’s London CEO, Christian Purser.

“The brands that have declined are the ones that failed to respond quickly enough to change. Nokia really missed the move to smartphones. Staying relevant is all about responding to the market and having a lack of imagination will send you down the table.”

Relevance is crucial, but speed is everything, agrees Mike Rocha, global director, brand and business valuation at Interbrand.

“Speed is really vital, these days, it’s almost as important as the actual response itself,” he states. “You have to anticipate customer needs, to adapt to these ever-changing market conditions. But part of the challenge is to keep the customer as the North Star, to understand them. That’s ultimately what drives the relevance.”

The rankings are collated and calculated on the basis of four key internal factors: clarity (what a brand stands for in terms of values, positioning and proposition), commitment (the belief in its importance), governance (measuring the skills and operating model) and responsiveness (the ability to evolve in the face of market changes and challenges).

An interesting takeaway from the 2019 list is Facebook’s tumble from the top 10. While things tend to move quickly in the world of ‘Big Tech’, Rocha believes there could be something deeper going on.

“It might be that we’re seeing a drop in their relevancy, particularly among younger users. There are also increasingly questions around trust and authenticity,” he states.

Luxury brands, by contrast, have been quick to grasp the importance of relevance, taking their lead from the tech start-ups by adding a frisson of disruptiveness to their methods. This year a revitalised Gucci has made the biggest splash. The luxury fashion house increased its brand value over the past year by 23% to claim the 33rd spot on the 2019 list.

“There are winners and losers in the sector, but Gucci has been busily configuring its approach,” says Rocha. “They’ve made the brand culturally relevant, changed the way they use social media and found ways to communicate with a younger audience.”

He points to Gucci’s ‘Shadow Committee’ of advisors and tastemakers aged under 30, who help the brand stay relevant by finding inspiration amongst the fashion house’s customer base.

Just 10% of brands in the UK excel at customer experience

The Interbrand ranking also suggests the barriers between brands and consumers are continuing to fall away. It is no longer enough to simply announce your latest product with a snappy ad campaign and then sit back and wait for the sales figures to start trickling through.

“Twenty years ago, you could launch and leave, but that’s a long way behind us now,” says Purser. “You have to establish a continuous relationship with customers.”

The best way to do that is to show a human touch and bring a bit of emotion to proceedings, which encourages engagement with your consumer base. Rocha points to Mastercard, which has risen eight places up the list to 62 having grown its brand value over the past year by 25%.

“Mastercard’s share price has increased by 4,000% since 2006. They’ve really focused on innovation, on having that entrepreneurial spirit around everything that they do, but they’ve also focused on humanisation,” Rocha states.

“The Priceless concept gives the brand more emotion, it helps bring down barriers.” 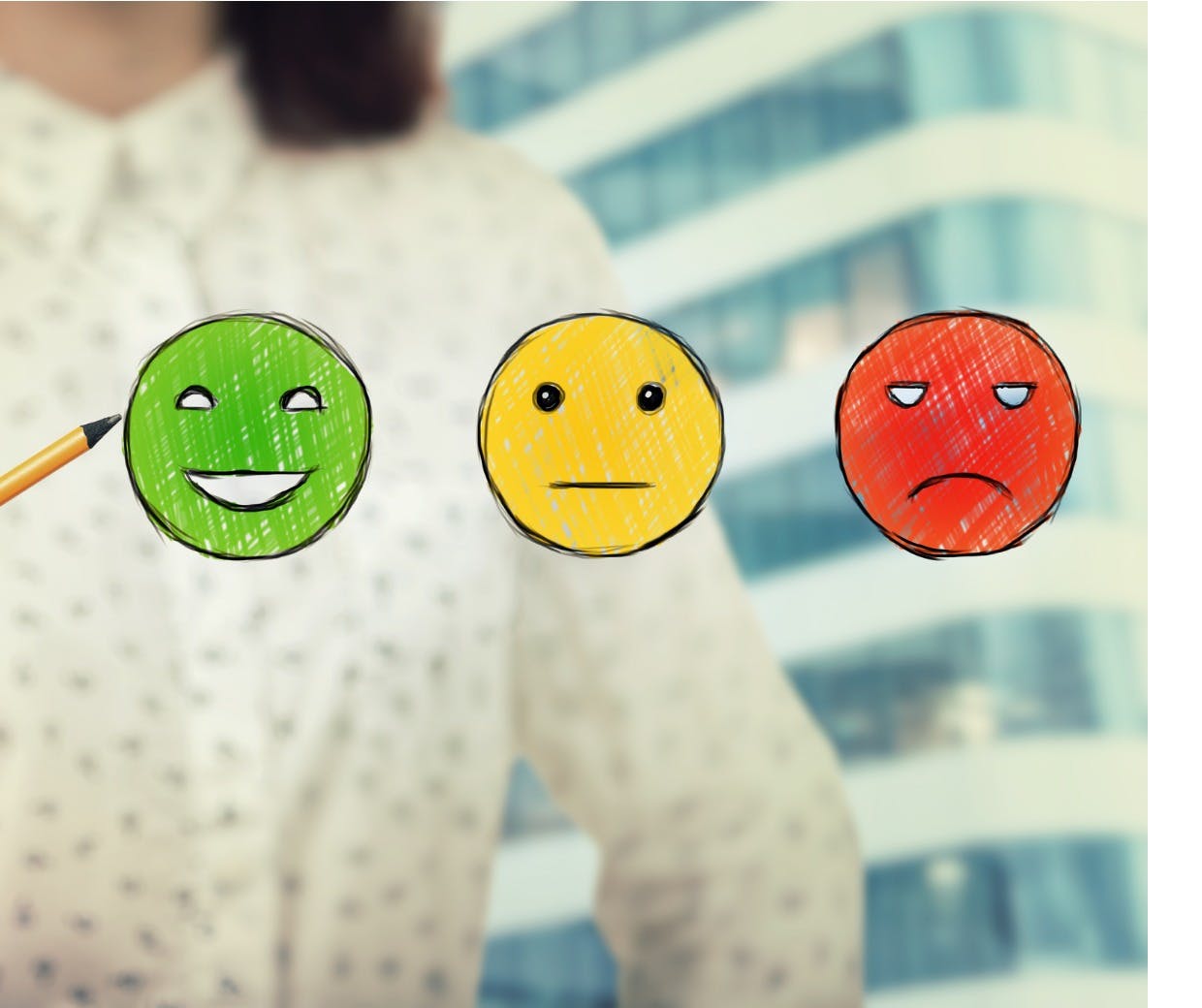 The tech industry leads the way in customer satisfaction, while the logistics, energy and water sectors lag far behind, according to new research from the company behind NPS shared exclusively with Marketing Week. 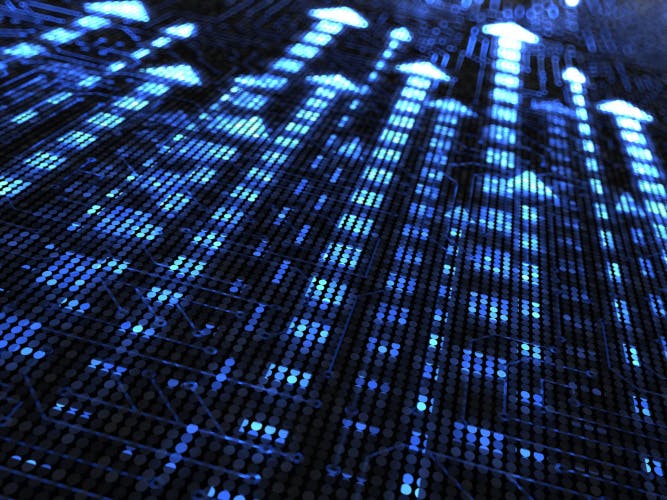 From marketing investment to key KPIs, ‘winning’ brands – those that have seen revenue rise – share a number common characteristics when it comes to driving growth. 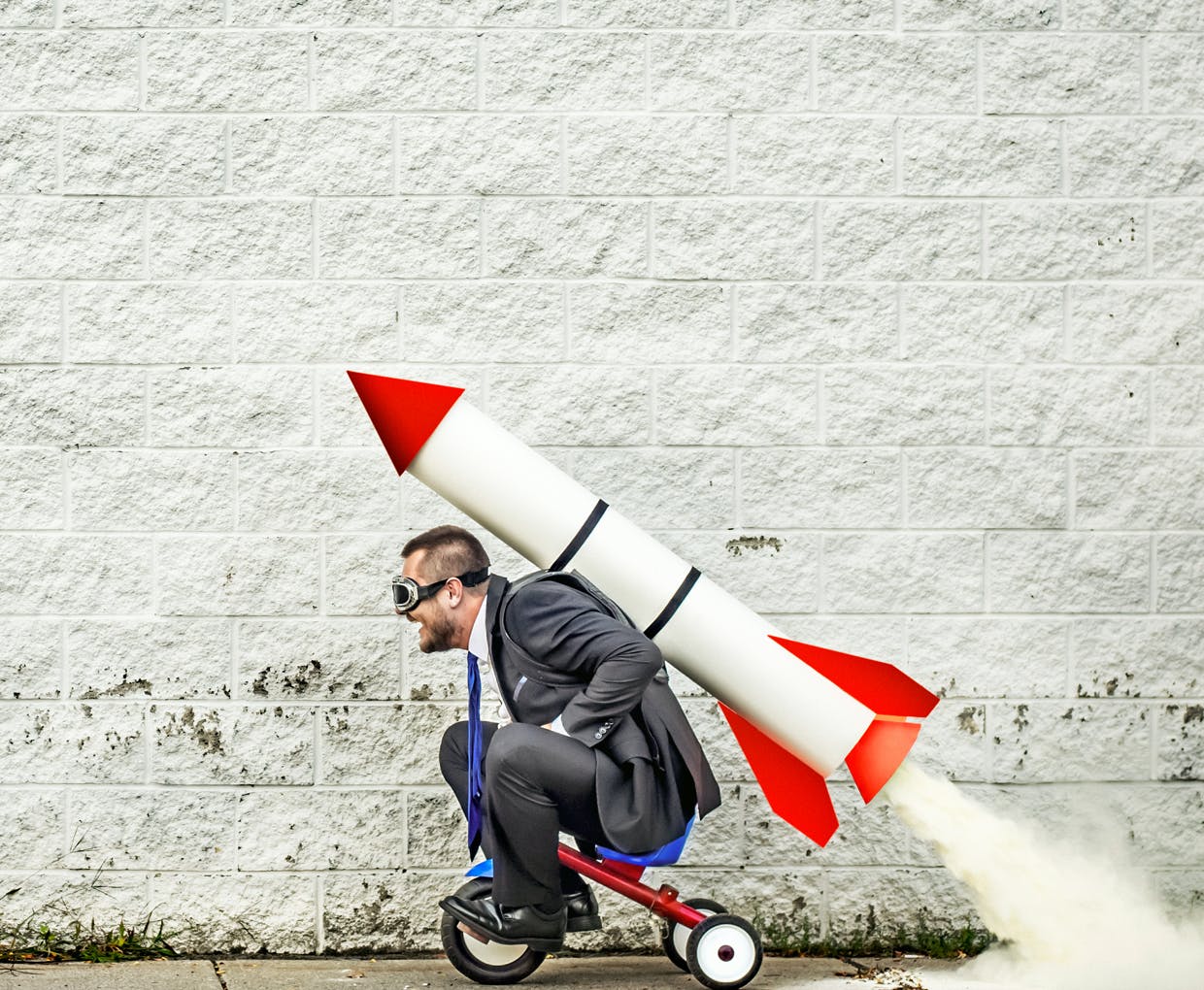 The majority of British brands are far more salient than they are meaningfully different, which puts them in a vulnerable position at a time when fame is no longer enough to drive brand growth.