Sustainability and provenance are more important than ever 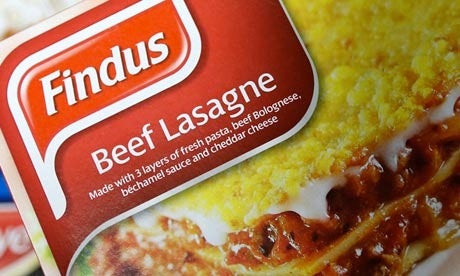 The horsemeat scandal shook consumer trust in the food industry right down its foundations as supermarkets, fast-food chains and food manufacturers saw sales slide in its wake. To reverse the decline, brands including Tesco, McDonald’s and Morrisons launched long-term campaigns to highlight the provenance and sustainability of their food supply chains. But the trust many brands have worked to build is at risk, according to industry observers, who claim the constant squeezing of suppliers and discounting means quality has to give.

Drinks makers also saw their strategies influenced by the rise of discerning shoppers. Brands including Belvedere, Grey Goose and Russian Standard, whose creative has more often than not played up style over substance, emphasised their heritage in an attempt to woo younger drinkers. As more brands look to do the same in 2014 it will be interesting to see how the strategy develops and whether it can deliver long term.

Consumers are increasingly looking for streamlined shopping experiences and in 2013 supermarkets answered the call with Sainsbury’s, Asda and Morrisons opening smaller formats. Food makers responded to shift by developing packaging, NPD and multi-channel experiences tailored to the new retail formats in the hopes of driving sales. Dairy Crest, in partnership with agencies Grey and Dialogue, hinted at what to expect from its own attempt next year through promotions featuring its recently revived “Buttermen” carton characters. Meanwhile, Mondelez International opted for a more extreme approach to catering for convenience shoppers when it fitted store shelves with cameras to understand how they select products.

With customers craving healthier lifestyles, and the popularity of restaurants such as Nando’s, retaining customers has become increasingly difficult for fast food brands. McDonald’s with the hire of its first digital chief alongside Starbucks and Subway’s nascent mobile offerings spent 2013 laying the groundwork for plans to win back customers and increase sales over the coming year. The battle for customers spilled from the digital arena and saw fast food makers and coffee-chains moving onto one another’s turf in the hopes of extending the reach of their brands. As the market becomes increasingly innovative, it follows that branding and market positioning will also evolve to carve a niche or capitalise on new audiences.

Alcohol brands look to prove they are made of more

It’s been a mixed year for the alcohol industry as a stabilising Western Europe was offset by slower sales in Asia. Marketers remained bullish, however, and pulled away from price-led strategies in favour of more value driven campaigns focused on indulgence and luxury. Diageo and Pernod Ricard admitted they had strayed too close to volume-centric strategies and outlined plans to shape drinking experiences, which they claim alcohol is only one element.

Elsewhere, Brewers including AB InBev and Heineken saw new product launches gain traction as beer volumes across Europe rose. The category turned to ecommerce and global music partnerships to accelerate the growth and attract younger drinkers as baby boomers disappear from the market. The push to extend beer brands to new markets was echoed by renewed pledges from SABMiller and Heineken to appeal to a more to women.

Pepsi saw 2012’s sales gains on Coca-Cola in the UK come undone in 2013 as the latter’s popular “Share a Coke” campaign set tills ringing. PepsiCo committed to increasing its marketing spend to breathe life into its struggling beverages unit, while Coke replaced its rewards scheme with online hub designed to boost fan engagement

Not long after Innocent’s annual January smoothie marketing campaign came to a close, Coca-Cola announced it was increasing its stake in the company to almost 100 per cent. This prompted Innocent’s founders Richard Reed, Adam Balon and Jon Wright to step away from the day to day running of the business by selling the majority of their remaining shares to the soft drinks giant.

In April, Innocent’s group marketing and innovation director Douglas Lamont stepped up to the CEO position, with Franz Bruckner moving into his previous role.

Innocent has long been the strongest performer in the European smoothie market and its unfettered growth was highlighted in October, when Coca-Cola marked out the premium priced Innocent portfolio for helping drive a double digit increase in European revenue in the three months to 27 September.

It first emerged Britvic and AG Barr were in merger talks to unite brands such as Robinson’s, J2O and Tango with Irn-Bru and Tizer in September 2012. But despite being given the green light by both the companies’ boards and the Competition Commission, the merger plans were axed by Britvic, which decided in July the benefits were “materially less” than when the union was first announced.

Poor dumpee AG Barr was “disappointed” with its prospective partner and decided not to pursue a fresh bid. Meanwhile, its sales continue to fizz. Last week it told the City its value sales grew by 8 per cent and volume sales by 6.4 per cent in the third quarter. 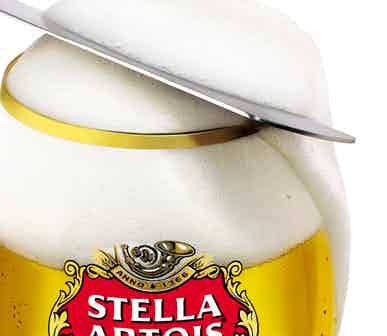 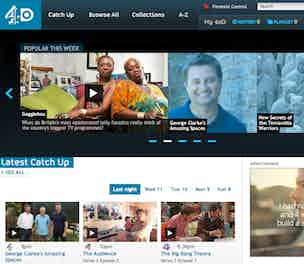 Channel 4 is aiming for a quarter of its video on demand (VOD) ads to use its recently launched demographic targeting tool in 2014, an ambition statement that comes as it prepares to make its 4oD catch-up service more personalised to users’ viewing habits.