BlackBerry got back to business

Blackberry dominated the mobile business headlines in 2013, but mostly for negative reasons.

The new BB10 platform, range of new handsets and corporate rebrand from RIM to BlackBerry meant to reinvigorate the struggling Canadian business failed to spark a dramatic turnaround in growth, despite the launch of the company’s “biggest ever” marketing campaign starring Alicia Keys. BlackBerry is due to report its most recent quarterly financial results next week, but in October reported a loss of $965m in its second quarter.

After a three month search for a buyer, BlackBerry abandoned plans to sell its business and opted to replace chief executive Thorsten Heins and raise a $1bn round of financing in order to secure its future. A subsequent restructure saw marketing chief Frank Boulben exit the business – alongside several other senior executives – with the company later confirming it was scrapping the CMO role.

New CEO John Chen penned an open letter to its enterprise customers this month, finally confirming months of speculation that it is to focus on the b2b market having failed to recapture the imagination of the consumer market it was once the darling of.

While EE got the green light to launch its 4G network late last year, 4G really came to the fore in 2013. O2 and Vodafone switched on their 4G services in August, while Three quietly rolled out 4G to its customers in December.

Upgrade cycles and the fact that (aside from EE) the super-fast internet services are only currently available in a handful of UK cities mean consumer take-up of 4G has been and will continue to be steady rather than an initial summer rush.

Aside from Three, which has downplayed its 4G launch by not opting to charge a premium, the other big three players have chosen content as their customer acquisition tactic. Vodafone is offering free trials with Sky Sports and Spotify, O2 has played up its own-branded content properties, while EE has been promoting its two-for-one cinema deal and Deezer subscriptions.

SnapChat, Whatsapp, Line and Viber really came into their own in 2013 – resulting in yet more headaches for mobile operators struggling to recoup revenue lost by customers choosing to use over-the-top services to send and receive messages, videos and images via WiFi rather than being billed for them.

More than 400 million messages are received on SnapChat alone each day – volume which attracted brands such as Lynx, O2 and MTV to trial the platform as a marketing tool in 2013. Elsewhere, Whatsapp reported 350 million active users, while China’s WeChat claims 600 million.

The popular BlackBerry Messenger platform, which helped fuel its growth in previous years among the youth market, underwent a major upgrade in 2013. It is now available on Android and iOS and features a “Channels” feature which allows brands to set up their own content pages for users to subscribe to.

In September this year Microsoft took what it described as a “bold” move to purchase Nokia’s handset business, in a deal worth €5.44bn (£4.6bn), bringing the US company up to speed with the likes of Apple and Google in having both a mobile hardware and software business. http://www.marketingweek.co.uk/news/microsoft-buys-nokias-handset-business-for-46bn/4007794.article

As part of the purchase, Microsoft acquired the Asha and Lumia trademarks, while Nokia will continue to own and manage the Nokia brand. The Nokia mark may only be used by Microsoft on “current Nokia mobile phone products”, according to the license agreement – an agreement which suggests the eventual phasing out of the Nokia brand on consumer products.

Analysts suggested such a move would be “risky” – as Nokia’s brand perception and awareness scores rank far higher than that Windows Phone. Microsoft’s Advertising division told Marketing Week it believes the deal will propel it into a leadership position in emerging markets where Nokia has a “deep foothold”.

Nokia’s shareholder gave the deal the go ahead in November, while the European Union approved the acquisition last week. The sale is expected to close early next year.

HTC calls on Robert Downey Jr. to jumpstart its turnaround

HTC, another former darling of the smartphone market, suffered a torrid 2013. Having been one of the early Android leaders with its champion Desire range, it saw its market share eaten away by rivals such as Samsung and Sony (let alone Apple) in 2013, reporting its first ever quarterly loss in the three months to September.

Up against the wall, HTC looked to marketing to kickstart its resurgence, spending the best part of $1bn on its “Here’s to Change” brand marketing campaign starring Iron Man actor Robert Downey Jr.

It clearly still has some way to go. HTC did not even feature in Gartner’s Q3 top 10 mobile phone sales figures – presumably lost in the “Others” category and behind Yulong, which had just a 1.9 per cent share of sales in the quarter. 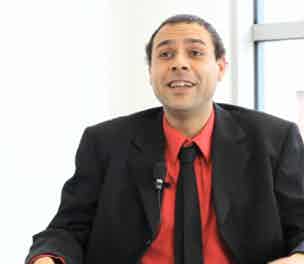 Action for Children’s chief of digital communications/data scientist Darren Robertson suggests that organisations probably already have the data talent they need within their departments.