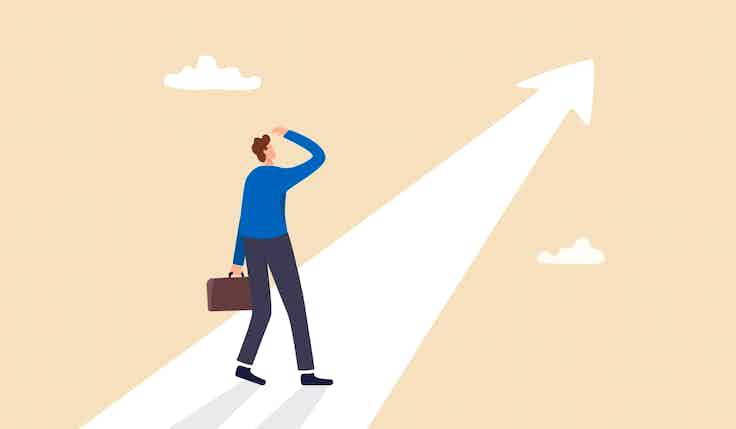 Purpose not meeting up to brands’ promise

“A company which feels it has to define the purpose of Hellmann’s mayonnaise has in our view clearly lost the plot.” These were not the words of a marketing polemist but of a leading investor. And not just any investor, Terry Smith, whose Fundsmith Equity Fund, has a major stake in Hellmann’s owner Unilever. Smith’s conclusion in January was part of a diatribe against Unilever executives for their “ludicrous” focus on brand purpose at the expense of profit.

Despite his concerns being specific to the subject of his investment, Smith’s intervention poured fuel on the often-fiery debate about the virtues of brand purpose. His conclusion on the merits of applying a purpose to Hellmann’s – “the brand has existed since 1913, so we would guess that by now consumers have figured out its purpose (spoiler alert — salads and sandwiches)” – a rallying call for all those who believe that purpose is pointless and the need for it overstated.

Meanwhile, this year’s most significant intervention in the debate on corporate purpose came from Patagonia. Yvon Chouinard, the poster child of purpose’s founder, made headlines when he announced he was relinquishing ownership and in doing so putting all future profits into a trust to fight climate change.

The move provoked further debate. Marketing Week columnist Mark Ritson argued Chouinard’s decision not only underlined what it means to have genuine purpose, but laid bare the empty gestures most companies are guilty of. Having purpose “must cost you something to deliver it”, Ritson added.

The binary nature of this section means the subject for analysis must be classed as having a positive or negative 12 months. In the case of purpose, 2022 has been more of a sober reckoning.

Patagonia’s decision to “go full purpose” highlighted the shortfall of the majority in application of corporate purpose. Smith’s broadside was perhaps the most significant, certainly in the brand purpose debate. Not every brand has to have a purpose when a function and positioning will suffice. Stretching for one will only not only make you look inauthentic, it will also test the credulity of customers and investors alike. RP

Overinvestment in performance and promotions 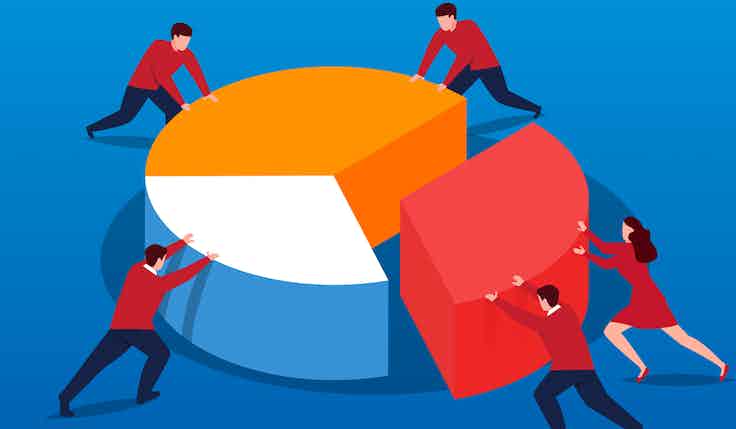 All the evidence points in one direction. Businesses must invest in their brands to drive sustainable growth in the long term, and resist falling into the vicious cycle of chasing short-term sales boosts with excessive performance marketing and promotions.

This year, online fashion giant Asos confessed to getting the balance wrong. In October, the retailer reported a loss before tax of £31.9m for 2022 – down 118% versus 2021.

For new CEO José Antonio Ramos Calamonte, Asos’s problem can be nailed down to “insufficient” brand investment over recent years, resulting in a customer acquisition slowdown. More than 80% of its marketing investment had been spent on performance, he revealed.

Calamonte also criticised the business for becoming “increasingly reliant” on sales and promotional deals, leading to an erosion of gross margin.

But Asos wasn’t the only business to re-evaluate its spend in 2022. In August, travel firm Expedia announced plans to no longer spend the majority of its marketing budget on performance, switching its attention towards brand-building creative, loyalty and CRM to trade “modest short-term disruption” for “significant long-term growth”.

Of course, the right balance for spend will differ for every business. Online car retailer Cazoo took the opposite road this year as it pursues profitability, with plans to “reverse” its brand and performance marketing balance by increasing performance to two-thirds of spend in 2023.

On the other hand, overhauling its marketing strategy to focus on brand and PR led Airbnb to its “strongest ever” fourth quarter results this year. With the UK heading into tricky economic waters, the imperative is on marketers now more than ever to get the balance right. MJ 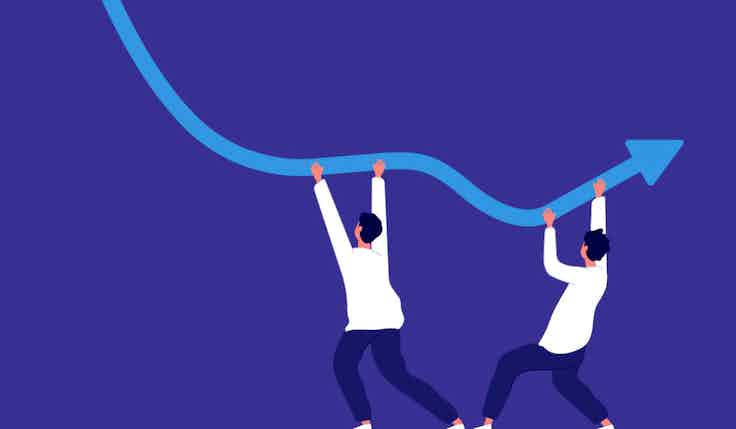 While no-one welcomed the pandemic, there were some brands that saw a marked commercial boost during Covid lockdowns in 2020 and 2021. This year was viewed by many as the first “normal” year post-pandemic, where people were not having to stay at home most of the time.

It has also been the year where the performances of the brands that boomed during the pandemic was tested.

For brands like videoconferencing service Zoom, the pandemic seems to have given a lasting boost to business. While the business is no longer seeing the astronomical growth it had during the pandemic, its revenue guidance for this year is around four times pre-pandemic levels.

However, 2022 has been a year of struggle for other pandemic success stories like Peloton. At the beginning of the year, there were reports the brand had ceased production of its static bikes and treadmills after  pandemic demand began to drop. The company’s stock price had quadrupled in 2020, but by January this year shares were below their IPO price. September saw a series of high-profile departures from the brand, including co-founder John Foley and chief commercial officer Kevin Cornils.

Online furniture seller Made.com was another brand to thrive during the pandemic. It floated in June 2021 but just 16 months after its stock market debut it collapsed into administration.

Rapid delivery service Gorillas saw rapid growth during COVID and impressive fundraising rounds in 2020 and 2021. However, its fortunes turned in 2022 and it has now closed all its stores in Belgium, Italy, Spain and England (with the exception of London). It is reportedly now in advanced talks to be acquired by rival Getir. NC

Brands inserting themselves where they don’t belong 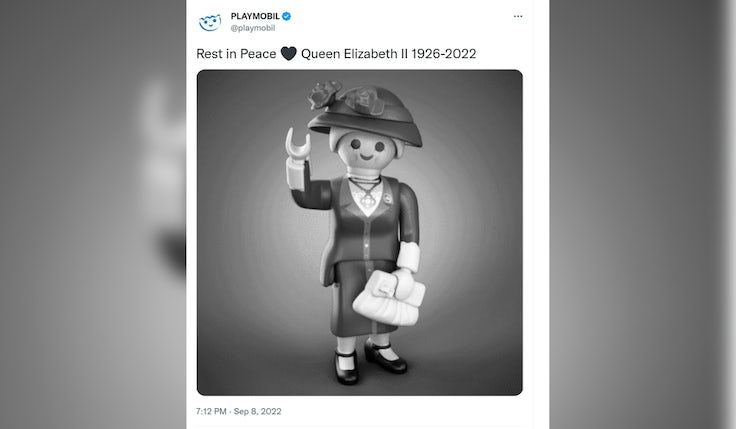 When Queen Elizabeth II died in September this year, it was only a matter of time before brands tried to insert themselves into the conversation. From trying to be respectful to hackneyed attempts of condolences, the moment highlighted that brands don’t need to be in every conversation.

And let’s not forget Center Parcs’ attempt to kick out its visitors on the day of the Queen’s funeral – a decision that was ultimately reversed following outcry from the public.

According to a YouGov poll, 58% of people in the UK thought brands were more motivated by PR reasons “than out of a sincere desire to pay tribute” to the monarch.

In a similar vein, brands were criticised in 2022 for ‘rainbow-washing’, with many thought to be changing their brand logos to the Pride flag without much thought given to championing LGBTQ+ rights. As Marketing Week columnist Mark Ritson put it, “Coca-Cola, Adidas and Visa are all proud supporters of Pride. Each is also equally proud of its sponsorship of the upcoming FIFA World Cup, which takes place in a country, Qatar, in which homosexuality is illegal.”

PR stunts on the whole haven’t had a great time. When BrewDog launched its “anti-sponsor” World Cup campaign and stated it would be donating all profits from its Lost Lager to “fighting human rights abuse”, many were quick to point out the brewer’s own human rights allegations, the fact the World Cup games would be shown in its bars, and that BrewDog had deals in place to sell its beer in Qatar hotels.

While CEO James Watt referred to the backlash as the “usual Twitter hate”, analysis from System1 highlighted that the public was “generally ambivalent” to the campaign. MI 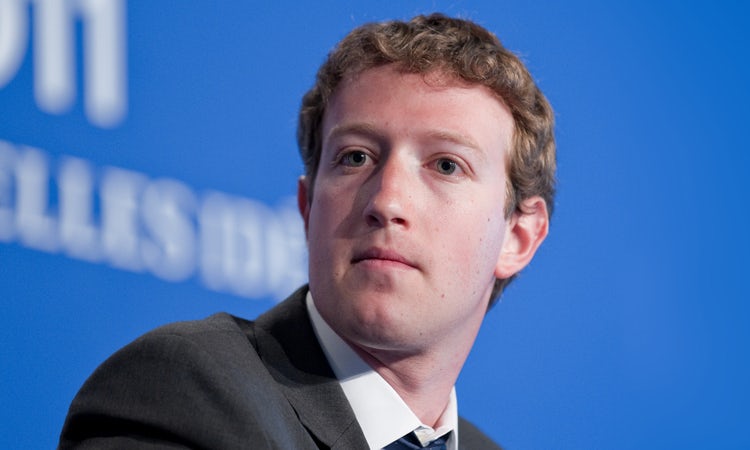 It’s been a turbulent year for social media platforms. Once heralded as the greats, the likes of Meta and Twitter have faced many challenges in 2022.

Elon Musk first announced his intention to buy Twitter outright in the spring, having begun to increase his shares in the company from January. By April, he was the platform’s biggest shareholder with 9.1% ownership. Amid turbulence, a rescinded offer and media speculation, Musk eventually bought the platform in October for $44bn.

As it stands, Twitter is a shell of what it once was. When Musk took over, Twitter had almost 7,500 employees. More than half of that number were laid off not long after Musk’s takeover. The company’s ad revenue tumbled too. Media Matters reported half of Twitter’s top 100 advertisers stopped working with the platform. However, reports now suggest Apple – which Musk publicly called out for retracting – is back advertising on the platform.

It isn’t just Twitter that’s struggled. In November, Meta, which owns both Facebook and Instagram, laid of 13% of its staff – more than 11,000 employees – as Mark Zuckerberg announced his intention for the giant to become “leaner and more efficient”.

The company’s investment in the metaverse is also yet to pay off, and it’s reported to have spent $9.4bn so far on the venture, and reported a loss of $3.7bn in Q3. The company said it anticipated losses to “grow significantly year over year”.

Snap also cut staff this year, and announced its plans to “substantially lower” its marketing investment to focus instead on “accelerating organic community growth and efficient advertiser acquisition” in the pursuit of profitability. The platform’s layoff amounted to 20% of its full-time staff, around 1,300 people.

Against this backdrop, TikTok continues to rise. But will the issues of 2022 continue into 2023? These companies seem to have a knack for bouncing back, so only time will tell. MI 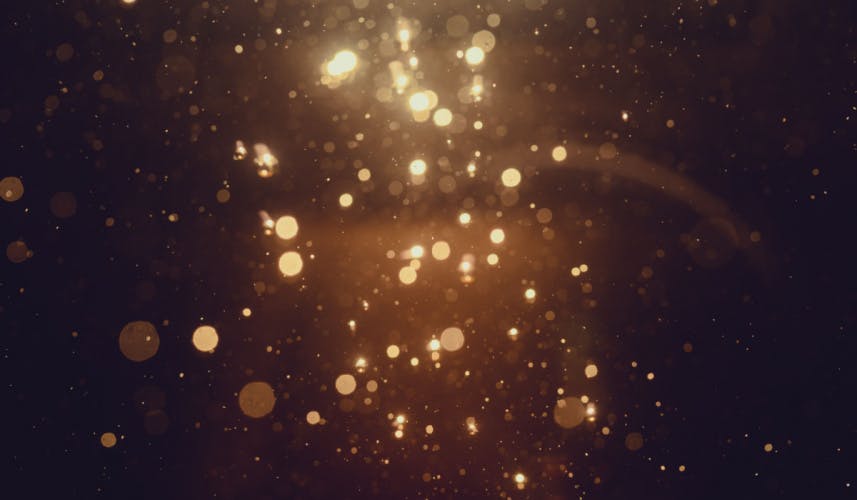