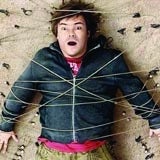 Oren Aviv joins the NewsCorp-owned film studio in February and will also hold the title of president of theatrical marketing,

He will work alongside long-standing Fox employee Tony Sella, who also takes on the additional role of chief creative officer. Both will oversee all of 20th Century Fox’s domestic marketing.

Aviv left Disney last year amid company restructuring. From 2000 to 2006 he was the company’s head of marketing.

One of the first releases Aviv will work on is Rise of the Apes, a prequel to Planet of the Apes which opens against Disney’s Cars 2 in June this year.

Aviv’s Disney hits included The Proposal, National Treasure: Book of Secrets and Alice in Wonderland which was released two months after his departure.