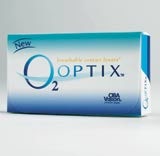 23red, an integrated agency whose clients include Volvo UK and Bacardi- Martini, declined to comment on the account win as Marketing Week went to press.

Novartis has realigned its advertising agency roster in recent months. It appointed Grey London and Saatchi &amp; Saatchi to handle its over-the-counter medicines business, which includes Lamisil, an athlete’s foot treatment. The account was previously handled by Euro RSCG in the UK, while local agencies handled the business in individual markets.

US-based Ciba researches, develops and manufactures optical and ophthalmic products and services. It distributes its products to more than 70 countries.

Earlier this year, Novartis became the number-one company in the generic drugs market when it bought German company Hexal and took control of US-based Eon Labs. However, an announcement this week that TEVA Pharmaceuticals is to buy US rival Ivax Corp for $7.4bn (£4.2bn) means Novartis will be shunted into second place.

The generic drugs industry is expected to grow, as governments attempt to ease the burden of healthcare costs.