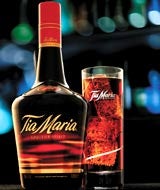 In a global realignment, Allied Domecq has consolidated the &£350m global advertising business for its wine and spirits brands into five agencies. The move ends Allied’s relationship with Rainey Kelly Campbell Roalfe/Y&R in the UK.

The drinks giant has also announced plans to invest &£25m in new product development, indicating that it will launch ready-to-drink versions of four of its eight core brands, which include Tia Maria, Beefeater and Sauza.

These spin-off products will be launched in the UK and US in the spring and may later be introduced to other markets.

New York agency dRush has been awarded the Courvoisier and Sauza tequila accounts, and is setting up an office in London to handle these brands.

Media buying will be handled by Optimedia, which already held the UK account. Cordiant-owned 141 has been appointed as Allied’s marketing services agency. Prior to the review Allied had seven media agencies, 29 creative agencies and 139 below-the-line agencies on its roster. The streamlining will free an expected &£20m to be reinvested in marketing.

The company is also looking to appoint a marketing director for a separate wine division, which it is setting up in the UK following its acquisition of New Zealand winery Montana. David Scotland, president of Allied Domecq Europe, will be chief executive of the new unit. Neil Everitt, the company’s Spanish chief executive, will take over the role of European president.