The growth in 3D media is allowing cinema to enjoy its best period in many years, with 2009 proving to be a bumper year that culminated in the December release of James Cameron’s grown-up 3D movie Avatar.

Avatar has achieved ticket sales of more than £700m in just three weeks – only Titanic, Cameron’s 1997 epic, has taken more box office money. As Avatar has proved, there is growing traction for 3D format media, and it is no longer being viewed as a gimmick but is being taken seriously by consumers – and hence by brands.

Some forward-thinking companies, such as O2, are looking for ways to exploit the format, both in cinemas and as a wider experience. Earlier this month, O2 announced it will be screening England’s Six Nations rugby games in 3D in cinemas across the country.

Sport is set to bring 3D media to consumers in a major way. The 2010 World Cup in June and the London 2012 Olympics are looking at screening events in 3D, and American sports network ESPN has already announced it will unveil a 3D TV network this year.

A recent Movietalk study, both quantitative and qualitative, carried out by cinema advertising company Pearl & Dean, explores consumer attitudes to 3D. It finds that 34% find it to be a “new and exciting experience of viewing films”, 11% consider it to be “incredible, totally revolutionising the cinema experience” and 41% state they feel it “has potential” but remain to be convinced that the current batch of 3D films enhances the cinema experience. (The research was undertaken prior to the release of Avatar.)

Pearl & Dean head of research and consumer insight Anna Cremin says that far from being restricted to children’s animation productions such as Disney’s recent movie Up, 3D is gaining traction across many genres. Cremin says: “I think it’s becoming what people expect; once people have seen 3D, it almost feels like that’s the way everything should be.”

She continues: “Yes, 3D has been driven by animation and children’s films, but adults go to the cinema with their children and, once exposed, they can see the potential.”

Only 14% of respondents consider 3D cinema to be a gimmick. While some cinemagoers are hesitant to comment on the long-term impact of the 3D developments for cinema, it is broadly viewed as a new and interesting addition to the cinema-going experience. Furthermore, the coming raft of new 3D releases appealing to a range of different audiences is likely to broaden the format’s base.

Before the release of Avatar, two-thirds of respondents had seen a film in 3D, one third of these in the past year. In 2009, more than 20 films were released in 3D including My Bloody Valentine, Ice Age 3, Coraline, The Final Destination, Monsters Vs Aliens, Up, Harry Potter and the Half-Blood Prince (which had some 3D scenes), A Christmas Carol and Avatar.

While it has long been possible to show films in 3D, cinema chains have invested heavily in associated technology recently and a further attraction to film companies and their partner brands is that 3D films are difficult to pirate.

With this in mind, filmmakers are going beyond the gimmicky 3D productions of yesteryear and seeking to create cinematic experiences that try to involve the viewer in the action, with reformatting of many classic films set to be a forthcoming trend.

Cremin says: “Avatar has sparked a 3D makeover for classics. Films like the Lord of the Rings trilogy, the Star Wars series and even Top Gun are being earmarked for conversion to 3D.”

In terms of content, sport is set to be a major catalyst. Sony is filming all 2010 World Cup matches in 3D and while there still are rights holders issues to be sorted out in terms of general broadcast, it seems likely that cinemas will screen some matches, and the London 2012 Olympic Games will also have many events likely to be screened in 3D.

Cremin says: “Cinema chains are the ones investing in the equipment but also it’s not just about film, other activities will be going on inside cinemas such as the screenings of the World Cup, or the Olympics.”

She says clever integrated campaigns, such as O2’s multi-stranded example, can exploit an excellent opportunity for marketers as 3D evolves in future. She says: “There are all these areas where you can communicate with the consumer – in an environment where they have chosen to be, have paid to be and they are attentive.”

The interest in 3D is huge and it has further invigorated the already booming medium of cinema. The opportunities for big names to capitalise on 3D are clear. Sky is investing in this area with a 3D ad shown during Avatar and other 3D movies during 2010. The innovative nature of 3D lends itself to brands looking to push the boundaries of their advertising and experiment with unusual ideas. During 2009, most of the 3D content was kids’ animation and hence limited to brands targeting families. With the success of Avatar, it would be good to see more 3D movies appealing to the wider audience and subsequently a broader range of advertisers.

It’s not just cinema; the glow of the 3D halo encompasses television, but is also extending to other media such as online too.

In early 2009, we created our first 3D content – training films bringing the experience of the Courvoisier Chateau, vines and cooperage to life. It complemented our sensory education programme, Le Nez de Courvoisier, which champions the key aromas across our portfolio. We also created 3D films to accompany our “I Don’t Know” on-trade campaign. Together these films created a point of difference with both the trade and consumers – offering a reason to re-evaluate both Courvoisier and the cognac category.

More recently, we created a 3D ad as part of our drive to communicate the history of cognac as a mixable spirit. It was placed in both the Channel 4 3D season and with the recently released Avatar.

3D offered us first-mover benefits, but also the perfect medium to continue challenging previous conceptions of the brand and category. 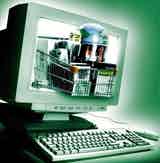 Companies are losing millions of customers and billions of pounds because of bad customer service according to a new survey.

Update: Kraft Foods has agreed a recommended deal to buy Cadbury for around £11.9bn, increasing its offer to 840p per Cadbury share, in a move to create a “leader in the global foods and confectionery sector.”