Predicting the future is notoriously tricky, as bookmakers and stockbrokers know only too well. Even “dead certs” such as the relaxation of the Contract Rights Renewal (CRR) undertaking can suddenly turn unexpectedly problematical – although product placement liberalisation and Tony Ball’s ITV contract look on safer ground.

One essential date in the calendar for would-be crystal ball gazers is the IBC conference and exhibition in Amsterdam which attracts morethan 50,000 delegates interested in electronic media every year.

Alas few marketers, or professionals from editorial and production bother to attend.

Of course, some of the engineers and techies speak no internationally recognised language, but if you persevere you can often get a handle on the next new thing. Without being a technological determinist, it is true that successive waves of invention have utterly transformed the media.

The latest thing to watch out for is 3D television. This year has been hailed as the year 3D movies – such as Monsters vs Aliens, Coraline and Ice Age 3 – have made the big breakthrough. But 3D television? Surely that’s five years away at least? Yet there it was, a live demonstration coming by satellite from Sky in London. All you had to do was don the glasses and marvel at the view.

“You don’t have to stand on your head, or be exactly 1.2 metres away from the screen. Nor is it the old Hollywood movies of 30 or 40 years ago. It does not give you a headache,” Sullivan insisted.

In fact, the 3D service will simply piggyback on Sky’s existing HD box. But, noted the cognoscenti, the viewer will still need a new TV.
When viewers have the right TV, the ads will certainly look really great in 3D, though David Hill, chairman of the Fox Sports Network, warned that free-to-air broadcasters wouldn’t be able to afford 3D following the costs of HD investment.

The issue of 3D television created the best spat of the conference and caused some BBC fur to fly. BBC’s director of London 2012, Roger Mosey, argued it would be a shame if some of the Olympics were not shot in 3D for the archives. The usual alchemical skills of journalism then kicked in and transformed such modest base metal into gold with the headline/ “BBC may show 2012 Olympics in 3D”. Cue gnashing of teeth from BBC director of future media and technology Erik Huggers, who told IBC delegates that 3D was a long-term project as far as the Beeb was concerned and it was concentrating its efforts on iPlayer, Compass and high-definition.

So has Sky got its timing right in launching 3D next year? We see the world in three dimensions. Television will also one day be in 3D, but next year seems a courageous step, even by Sky’s standards.

And that’s the trouble with this technology malarkey. You can drool over the wonders on display and be none the wiser about what the consumers will make of it, or how quickly they will move in on it.

In the end every debate about the future of television splits along a familiar axis – evolution versus revolution – and IBC was no exception.
The members of the “revolutionary” camp included Saul Berman, global leader of strategy and business development for IBM Business Consulting Services, who sees high demand for digital video on PCs and mobile devices across much of the developed world. Rates of adoption and regular use of PC and mobile video have reached rates of about 70% or higher in places such as the US, Germany and the UK,Berman claimed. New business models would, however, be needed to take advantage of such an opportunity.

You don’t have to stand on your head, or be exactly 1.2 metres away from the screen. Nor is it the old Hollywood movies of 30 or 40 years ago. 3D TV does not give you a headache.
Gerry O’Sullivan, Sky

Myles MacBean, vice-president of Disney Online for Europe, Middle East and Africa, probably falls on the revolutionary side of the argument too with his enthusiasm for “connected interactive media” which amounted to a new medium in its own right. It changes the way stories are told and distributed.

On the other side, IPA president Rory Sutherland, one of the few ad men on parade, warned that you should never underestimate the laziness of the viewing public. Television would remain important because the desire for “mild stupefaction” was probably a fundamental animal need.

But the arch evolutionist was Paddy Barwise, emeritus professor at the London Business School. He reprised his signature tune that technologies may come and go but the behaviour of most television viewers is unlikely to change much between now and 2020.

“Television seems to generate an optimum level of mental stimulation to enable us to relax when the day’s work is done. Enough to take our minds off work, but not enough to need real mental effort,” said Barwise.

Bearing in mind that true video-on-demand, as opposed to various forms of time-shifted linear television, accounts for about 1% of total viewing, and you have a useful antidote for all the technology on display. 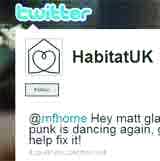