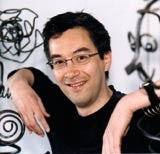 Independent below-the-line agency Cramm Francis Woolf (CFW) is to go into liquidation. It is believed that all 40 of the agency’s staff are to lose their jobs.

Chartered accountant Moore Stephens has been advising CFW’s directors and the agency is expected to be put into liquidation formally in the very near future.

It had been hoped that CFW would be saved when Richmond-based agency Tidalwave considered a takeover bid, but its interest got no further than the enquiry stage.

The news comes just a month after another independent agency Mercier Gray went into liquidation (MW November 25, 2004). The agency ceased trading and called in chartered accountants to act as liquidators in November, but was not officially put into liquidation until December 17.

CFW was set up in 1993 by sales promotion guru Brian Francis and his business partner Paul Woolf. Francis, who was the agency’s chairman, retired in 2001 following a buyout by fellow directors. He died in April last year.

The agency moved from Fleet in Hampshire to Covent Garden in April last year. Its main source of income was its COI Communications business, which included the Department of Trade and Industry. It was appointed by the Home Office to launch a &£1.5m campaign for the Passport Agency in 2003. However, earlier that year it lost its &£2m Army account to Tequila/London following a six-way pitch.

The Daily Star could be risking returning to the status of “direct response hell-hole”, following the newspaper’s decision to raise advertising rates by up to 25 per cent, warn media agencies. The Daily Star, owned by Express Newspapers, is trying to push through a sizeable hike in advertising rates in one swoop from March. The […]

Barrington Lorraine Johnson is creating a multichannel television campaign for flavoured mineral water Calypso Rapidz. The drink, aimed at teenagers, is rolling out from the food service sector to multiple retailers.

Abbot Mead Vickers.BBDO has created a new multi-media campaign to support the ‘Make Poverty History’, a network of charities and non-governmental organisations, which have combined resources to raise the issue of world poverty. The aim is to put pressure on those countries attending the G8 summit (Canada, France, Germany, Italy, Japan, Russia, the UK and […]