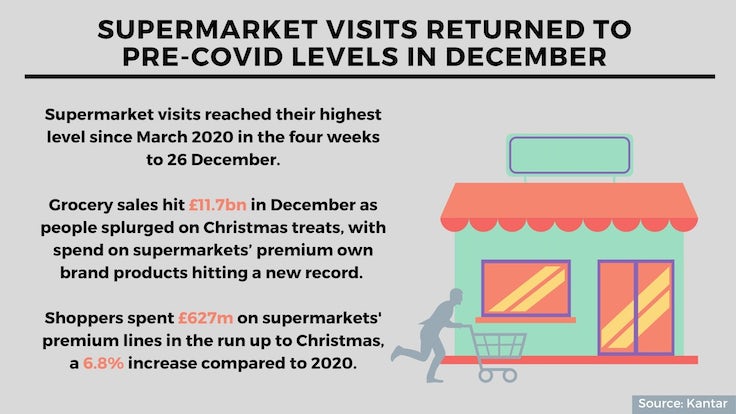 Visits to supermarkets hit their highest level since March 2020 in the four weeks to 26 December, as consumer confidence returned.

Grocery sales reached £11.7bn in December as people splurged on Christmas treats, with spend on supermarkets’ premium own brand products hitting a new record. Shoppers spent £627m on these upmarket lines in the run up to Christmas, a 6.8% increase compared to 2020.

Fraser McKevitt, head of retail and consumer insight at Kantar, says: “The appetite to celebrate and splash out that little bit more this year pushed sales of luxury own brand products up across the board. Sparkling and still wine sales grew 22% and 18% respectively, while crisps surged by 31%.

“Tesco’s Finest and Sainsbury’s Taste the Difference are easily the largest premium own label ranges, but we saw the fastest growth from other ranges such as Asda Extra Special and Iceland Luxury.” 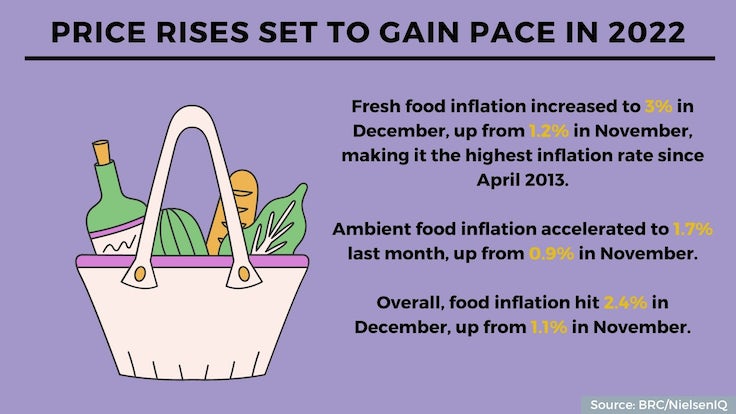 Prices will continue to rise in 2022, and at a faster rate, as the impact of labour shortages and transport delays take hold.

Fresh food inflation increased significantly in December to 3%, up from 1.2% in November, making it the highest inflation rate since April 2013. The 12- and six-month average price growth rates for fresh food are -0.2% and 0.5%, respectively.

Meanwhile, ambient food inflation accelerated to 1.7% last month, up from 0.9% a month prior. This is above the 12- and six-month average price increases of 1% and 0.9%, respectively.

Non-food deflation accelerated to 0.2% in December compared to a decline of 0.1% in November. This is a slower rate of decline than the 12- and six-month average price declines of 1.7% and 0.9%, respectively.

Helen Dickinson, CEO of the British Retail Consortium, says: “Not only did prices rise [in December], but they did so at a faster rate, especially in food. Food prices were falling earlier on in 2021, but the acute labour shortages across supply chains, among other factors, led to the year ending with a notable increase…The trajectory for consumer prices is very clear: they will continue to rise and at a faster rate.” 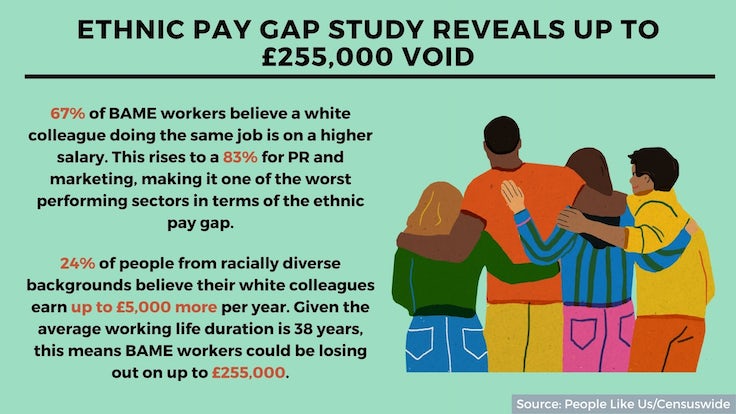 Workers from black, Asian and ethnic minority backgrounds are paid 84% of what their white colleagues earn, according to a new study.

The research by networking group People Like Us and Censuswide also finds 67% of BAME workers believe a white colleague doing the same job is on a higher salary. This rises to a 83% for PR and marketing, making it one of the worst performing sectors in terms of the ethnic pay gap.

Nearly a quarter (24%) of people from racially diverse backgrounds across all sectors believe their white counterparts earn up to £5,000 more per year. Given the average working life duration is 38 years, this means BAME workers could be losing out on up to £255,000, the study finds.

Looking specifically at respondents who work within marcomms and PR, 52% say they have been denied a pay rise and three in 10 (30%) think their race, nationality or ethnicity has negatively impacted their salary or promotion potential. 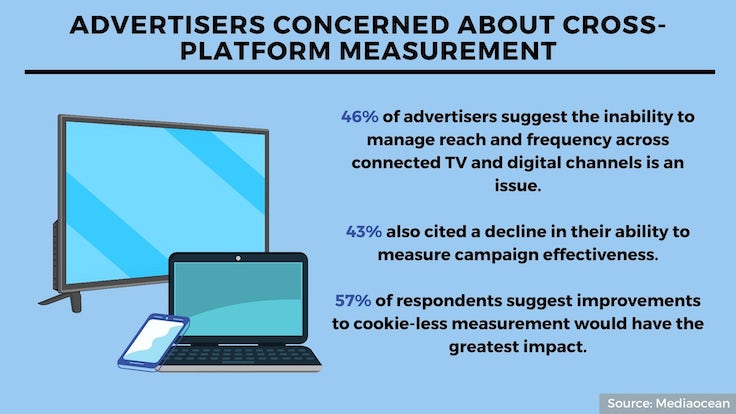 As cookies are phased out, cross-platform measurement is becoming a growing concern for marketing leaders, with 46% suggesting the inability to manage reach and frequency across connected TV and digital channels is an issue.

More than two-fifths (43%) also cited a decline in their ability to measure campaign effectiveness.

Some 57% of respondents suggested improvements to cookie-less measurement would be most beneficial and have the greatest impact.

Looking at connected TV specifically, more than 70% of respondents say they plan to increase their advertising budget on this channel, with the majority expecting budgets to increase by as much as 20%. 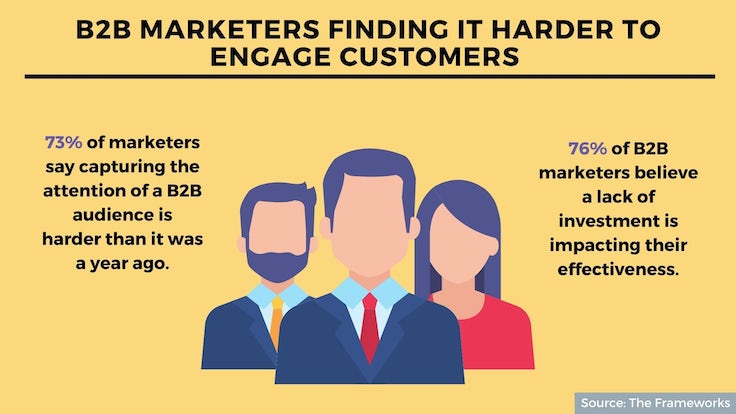 Nearly three-quarters (73%) of marketers say capturing the attention of a B2B audience is harder than it was a year ago. The study finds part of the problem comes down to heightened competition and struggling to engage customers.

The vast majority of B2B marketers surveyed (76%) say a lack of investment is impacting their effectiveness as a marketer.

Meanwhile, for larger organisations particularly, there is a frustration that businesses are more likely to play it safe than try something different, a statement 90% of marketers at bigger companies agree with. 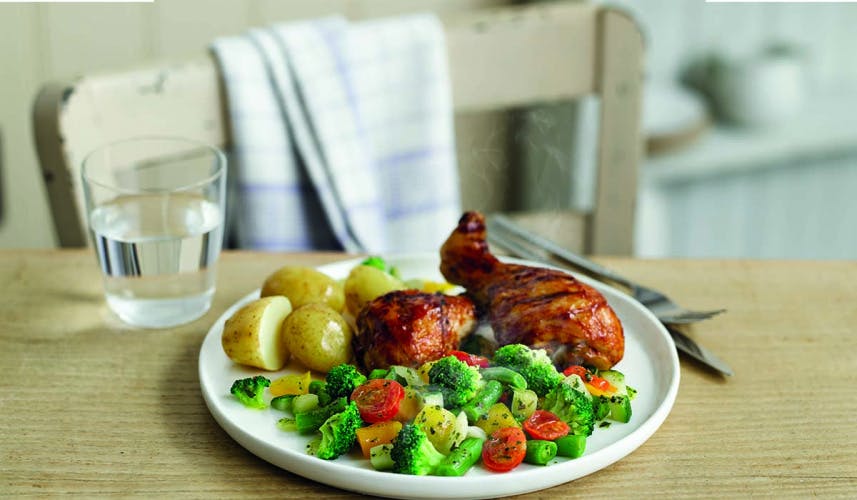 After a bumper two years, which saw the brand attract millions of new customers, Birds Eye is on a mission to ramp up innovation across new product lines and renovate core products as shoppers “rekindle” their love of frozen food. 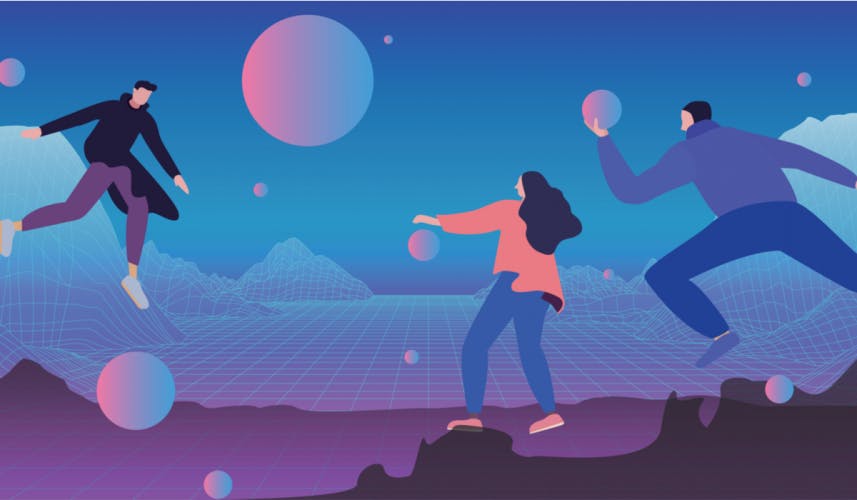 Aldi’s Christmas ad campaign was crowned the most effective festive ad of 2021, helping the supermarket to record sales growth ahead of its rivals. However, analysts believe its “poor” online proposition is holding it back.