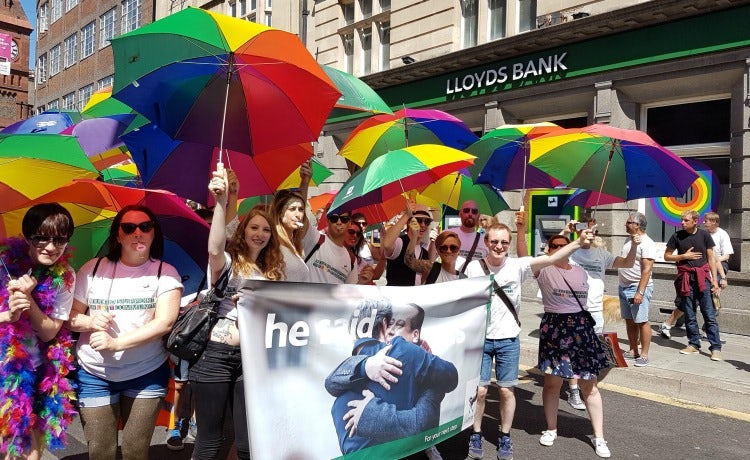 If there is one thing that became clear during the Diversity in Advertising and Marketing Summit this week, it’s that the time to talk about diversity is over. Brands now have to put their money where their mouth is and take action.

The business case for diversity has already been widely discussed. Mars revealed that it grew its Maltesers brand by 8% after launching three ads focused around disability last year, with the brand claiming it has been the single most successful campaign for a Mars brand in “at least a decade”.

That said, putting diversity and inclusivity at the heart of a brand can understandably feel like a daunting task. But not to worry – Marketing Week has put together a handy round-up of the most important and practical takeaways from all of the sessions.

READ MORE: Google – Diversity is not the tricky bit, inclusivity is

Be prepared to be uncomfortable

For brands looking to become more diverse and inclusive, Mars vice president of marketing Michele Oliver has a word of warning – don’t expect it to be easy.

“When you go into this space, it’s uncomfortable and awkward. I don’t want to pretend it’s all easy. When you do casting conversations [about the type of people you want in your ad], it’s awkward. I wasn’t sure how to talk about people who were disabled or lived with a disability, and I had the same with ethnicities,” she said.

As a result, she added, there is a temptation for brands “to not go there”, but she insists that marketers need to trust their intentions are good and to “be brave and bold”.

Jan Gooding, global inclusion director at Aviva, used her talk to speak about her regret at “being a bad ally” to one of her former colleagues, a black man. Back in the 1980s, they worked together on a Malibu briefing that featured a black man in a fancy car. It tested badly with audiences at the time, with some saying he had to be “a pimp or a criminal” to own such a nice vehicle.

To take on the diversity agenda is [to be] a visible ally and speak up for others who are different to us and might not be in the room.

In the end, they decided to change the ad completely. Gooding now believes this was the wrong decision, as advertisers have a duty to encourage society to be better.

“It was the wrong decision – we were not reflecting society but reinforcing bias. I’m ashamed to have failed to be his ally. To take on the diversity agenda is not to buy into the overarching business case, but to make dozens of decisions every day to challenge status quo, and being a visible ally and speaking up for others who are different to us and might not be in the room,” she says.

Start your own group – but engage everyone

Coca-Cola has set up its own women’s group, which it founded back in 2014. At the time, Caroline Cater, European director of portfolio and innovation, was asked to roll it out.

While the fizzy drinks brand’s board is 33% female, it struggles to hire and retain women for middle management positions. One of the big problems it faced was getting women to speak up about challenges they face within the business.

“You can tick a box on gender, but if women don’t feel like they can talk about business problems then you don’t have true inclusivity. When you focus on gender and inclusivity, it opens up other conversations around diversity and that’s what happened in our business,” she said.

Cater claims the recipe for success in terms of engaging an organisation and getting a group or diversity initiative off the ground is to have a common purpose. Secondly, brands need to “go about it with positivity”.

You can tick a box on gender, but if women don’t feel like they can talk about business problems then you don’t have true inclusivity.

From the start, Coca-Cola also invited men along to the women’s group sessions in a bid to be inclusive. This, said Daniele Fiandaca, co-founder of Token Man, a group which looks to encourage more men to get involved with the diversity debate, is hugely important. However, he also believes the language around diversity needs to change.

“When talking about change, it needs to stop being just women’s groups. I know one group that has changed its title from Women’s Group to Equality Group. Language is so important. Women’s Group is lacking men in its title,” he said.

Educate yourself (and then the rest of the team)

The challenge of diversity is driven by conscious and unconscious bias, explained Kirk McDonald, president at PubMatic. And the only way to overcome that is education.

“The longer you have been successful a particular way, the more you don’t want to change and do things differently. [Brands] need to start self-educating. That’s the only way you can get past unconscious bias,” he said.

Alex Kozloff, director of marketing and industry engagement at IAB UK, adds that despite working out the roots of unconscious bias, marketers also need to call each other out.

“It’s uncomfortable, but it’s down to all of us to communicate with each other. Most of the time it’s unconscious bias, which we can change. It’s about taking baby steps,” she said.

Meritocracy is a con. At least, that’s what Aviva’s Gooding believes. She explained how blindly following the idea that people are only appointed based on merit has become a justification for keeping the status quo.

“We are naturally attracted to work with people like ourselves, and it’s very convenient in our industry to generalise target audiences. Men drink beer, watch football and don’t generally like being with women. Millennials always work in start-ups, only care about the planet and are gender fluid. Diversity has been a blindspot for so long,” she said.

Pointing to recent data by the IPA, which shows that gender and race diversity in the industry is still low, she said “all is not well”. Advertising companies generally do not reflect the society we operate in.

Ruth Hunt, chief executive of lesbian, gay, bisexual and trans equality charity Stonewall, agreed with Gooding, and had some harsh words for the people in the room.

“Because the marketing and advertising sector believes it is so creative and marvellous, you think you are inherently a meritocratic organisation. But the reality is that media and advertising relies on affinity bias. You work with people who you like and who are like you. When you don’t get on, you try to exclude them from decision-making processes. You call it creativity, but it’s just replicating old boys clubs,” she said.

As a result, brands need to be careful not to ostracise people that don’t think alike, and create teams that think differently.

She concluded: “Diversity is an outcome of understanding teams and knowing how to make them work more effectively. Lots of agencies still don’t understand how to truly reflect a modern Britain.”