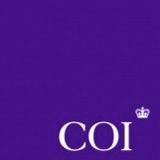 Fifty one staff face compulsory redundancy after just 236 out of 278 staff it said it needs to cut applied for voluntary redundancy before the 1 November deadline.

The COI’s chief executive Mark Lund revealed the figure in a Parliamentary written answer, adding “COI is not aware of any consultation that has taken place between the Minister for the Cabinet Office and the trade unions regarding this compulsory redundancy scheme.”

The move follows the news in August that the central government freeze on non-essential advertising and marketing spend has resulted in significantly reduced volumes of work for the body, leading to a need for restructuring “to reflect the reduced volume of work and is to reduce its staff numbers by 40%, with the loss of 287 jobs.”

Lund said the changes will create “a leaner COI in line with new government priorities.”

The COI had warned that should the consultation not produce the necessary numbers there will be redundancies on a compulsory basis. It is understood that this is now happening to the 51 staff members who have not applied for voluntary redundancy.

According to Julie Flanagan, a negotiator for the Prospect union, one factor for this could be that “the Cabinet Office has indicated to COI that redundancy payments must be capped at 15 months’ pay in line with [newly introduced] terms.”

Laws state that claims are currently limited to a maximum of £76,700 (known as the statutory ceiling or award) and must normally be brought within three months of the date of termination.

Exact details of who has left the COI already are unclear, though it is thought that its live events division has been almost halved.

In a statement, a COI spokesperson says: “COI is now coming to the end of the redundancy consultation we announced in August, which was designed to reduce headcount by 40%. This is a compulsory redundancy scheme, which we have been seeking to mitigate with voluntary redundancies, where possible.

“Nearly all staff who have been made redundant have now left COI. However, we will make a further statement when all redundancies are finalised. COI remains under consideration as part of the Cabinet Office Public Bodies Review. Once the review of government advertising announced by the Cabinet Office in October is complete we will be able to comment further on COI’s future role, remit and structure.”

The future of the COI is currently “under consideration”, according to the Cabinet Office’s “Public Bodies Reform” proposals list, released last month (14 October).