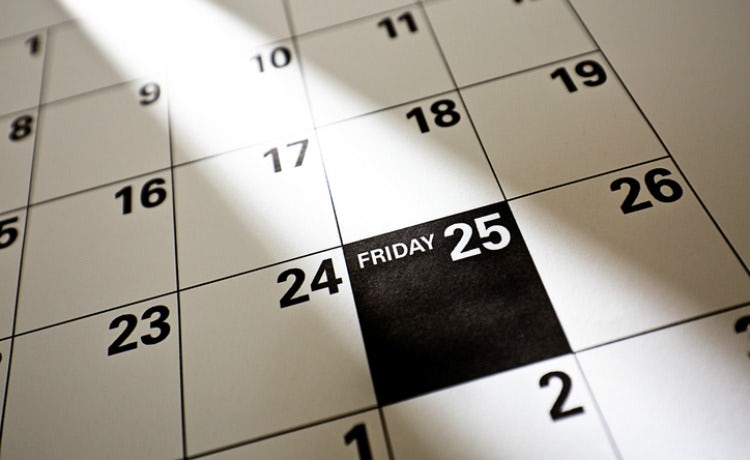 When Black Friday properly debuted on these shores back in 2013, it was remembered primarily for photographs of people getting into punch ups over limited stocks of cheap TVs. Asda, the retail brand most associated with these unsavoury scenes, even made the decision to pull out of Black Friday last year as it cited “shopper fatigue around flash sales on big ticket items”.

Prominent retailers such as John Lewis have also raised questions over the merits of the event, although it is taking part due to its ‘never knowingly undersold’ price promise. But despite the concerns, this hasn’t stopped the Black Friday train.

This year, Black Friday, which falls on 25 November, is expected to be the biggest yet, with British shoppers predicted to spend £2.31m a minute, according to online discounts firm Retail Me Not. It predicts sales will rise 19% year on year to £1.96bn.

According to the Post Office Money, British consumers will look to spend an average of £152 across Black Friday and Cyber Monday, with 41% using the sales to buy a luxury or big ticket item. Apple, meanwhile, is taking part in Black Friday promotions for 2016 after being absent last year.

“It will be our biggest ever day of the year, there’s no doubt about that,” says Matt Walburn, brand and marketing comms director at Dixons Carphone. “There were a lot of brands rejecting Black Friday last year but it’s clear consumers are now keen to access bargains as early as possible in the festive season.”

Nearly a quarter (24%) of all Christmas gifting is expected to occur on Black Friday, according to a poll of 1,000 18- to-55-year-old British consumers by technology publishing group Purch.

Walburn adds: “[Black Friday] has become the starting point for the Christmas shopping calendar and, if anything, Brexit has made it more relevant as consumers are demanding more bargains.”

It is fair to say many retailers still view Black Friday as a logistical nightmare, with the likes of Tesco and Argos previously struggling as websites and in-store tills crashed.

However, Stephen Vowles, marketing director at Argos, says it has learnt from previous mistakes and will be talking up its click-and-collect capabilities in its marketing this year to ensure a smoother experience.

“Black Friday is firmly established now and we welcome the volume it brings. But we have had to make sure our model can better accommodate it. The online side is complementing the physical stores a lot better now,” he explains. “Argos now has the perfect Black Friday model as you can order online and collect in a store on the same day. Our 24-hour delivery expertise – and talking up that message – takes the strain off the stores.”

And Walburn says Dixons Carphone – and its brands Currys PC World and Carphone Warehouse – are better prepared this year thanks to 15% more delivery trucks on the road, 6% more stock and 700% more specialist staff around for Black Friday week. He also expects online sales to rise from 40% to 50% of the total, taking some strain off the physical stores.

Currys PC World is extending its Black Friday sales through the ‘Black Tag’ event, which started on 20 November. And it isn’t alone in expanding Black Friday promotions beyond one day. 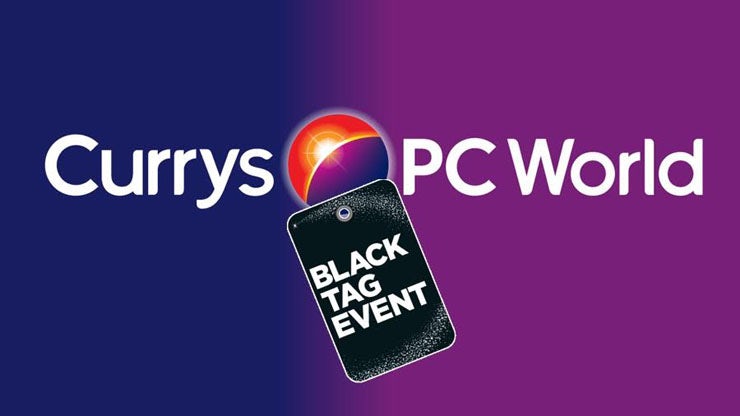 Ebay’s UK marketing director Gareth Jones says: “It is now much more of a Black Friday week, it’s an expanded period of trading. That’s the permanent direction it will go. I also see it becoming more British in terms of branding. Each retailer will have its own sub-brand or slogan for Black Friday.”

This extension has also resulted in some cynicism. Independent watchdog Which? claims 49% of the products being sold as deals were cheaper either in the month before or after Black Friday last year.

Which? tracked deals on 20 popular tech gadgets and home appliances on Amazon, AO, Argos, Currys and John Lewis for the three months before and two months after Black Friday last year.

The one-day only offers were particularly poor. Only 8% were actually cheaper on Black Friday. By contrast, 12% were cheaper at some point in the three months leading up to the sale, and 38% were cheaper in the weeks afterwards. So is Black Friday just a chance to flog some unwanted stock?

“There will always be naysayers,” dismisses Walburn. “We have been aware of the Which? report for some time and strongly refute all of the claims as our promotions meet the industry guidelines.

It isn’t in our interest to just rebadge products because if they are already not selling, that is usually for a good reason.

He adds: “Customers will sniff out bad deals and you have got to use Black Friday as a chance to offer something truly unique or you will fail.”

Retail brands must also steer clear of treating Black Friday as a one-off, according to Mike Harris, vice-president of EMEA at personalisation firm Monetate. There should be good deals and the infrastructure to support customers for the rest of the year.

He explains: “Instead of falling into the discount trap for few and far between extravaganza events, retailers should be conscious of other influencing factors such as quick delivery, extended warranties on high-ticket items or even the convenience of click-and-collect, all of which can help turn customers from browsers into buyers.

“The key is to build up a loyal customer base before peak season arrives. Black Friday is based on price, so when every other retailer is cutting its prices to outdo competition, retailers with a combination of good prices, a stand-out personalised experience and an existing loyal customer base are going to end up the winners.”

And Dixons Carphone’s Walburn adds: “In 10 years I see Black Friday still being a huge part of the UK retail calendar. Consumers are used to it now.”

But with former John Lewis managing director Andy Street previously warning brands against Black Friday, it is clearly a shopping day that will not work for everyone. Argos’ Vowles has already hinted prices could rise in 2017 due to Brexit complications, so don’t be surprised if Black Friday 2016 is one final blowout before retail prices increase across the board next year. 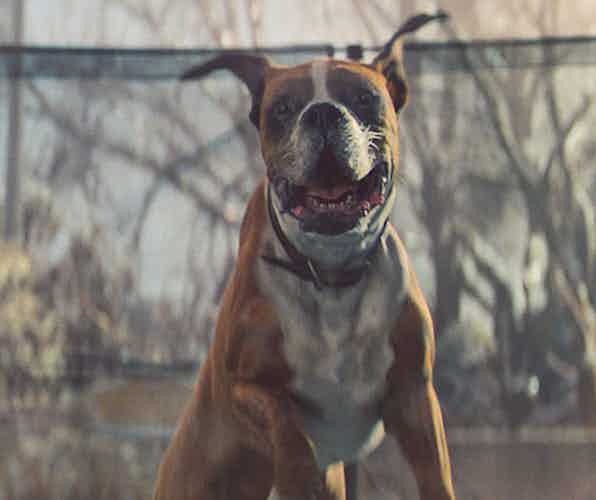 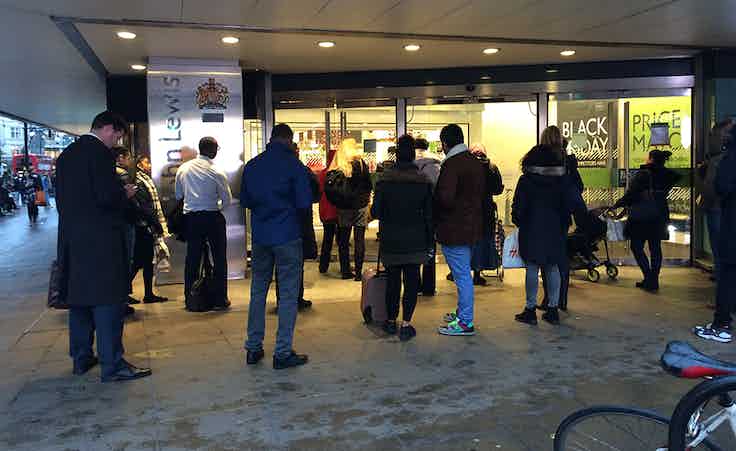 Black Friday 2014 was a PR nightmare. The media coverage, despite many brands achieving record one day sales figures, defined by scenes of angry Brits brawling in the pursuit of budget televisions. Yet fast forward 12 months and things feel very different. 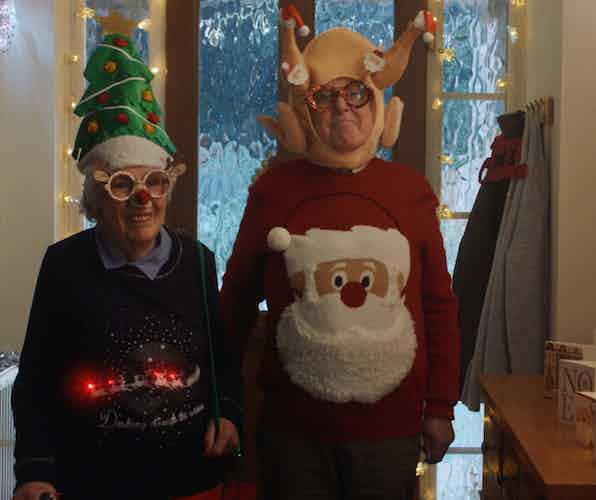