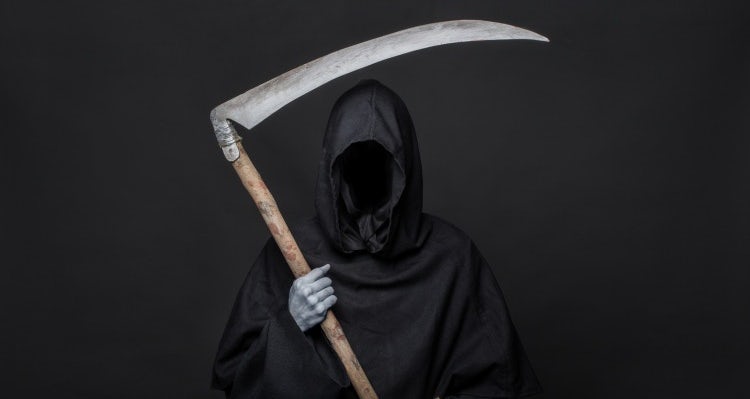 Before Will Smith got hold of it and turned it into total pants, I Am Legend was a remarkably disturbing novella from science fiction author Richard Matheson. In the book Matheson’s hero Robert Neville is the last man left alive after a zombie plague infects the rest of the human race. He spends years avoiding the undead and trying to make sense of the strange place the world has become.

I feel a lot like Robert Neville these days. Trying to be a marketer in 2017 is a frighteningly difficult existence with death apparently at every corner. In a few brief years the discipline of marketing has been turned into a fatalistic doom-fest in which every major brand, core feature and widely-held concept is portrayed as either dead, or near death. I challenge you to go a week without some marketing numpty turning up and making headlines by proclaiming the death of this or the imminent demise of that.

This week, for example, Alexis Ng of agency ReFUEL4 is at it over at The Drum pointing out that “the death of advertising as we know it” is under way. Apparently because technology allows companies to advertise in “smarter and more precise ways” the “slow death of traditional advertising” is upon us. Can I humbly suggest Ng takes a look at just about every news story about Google’s highly stupid and imprecise advertising to see a slight flaw in her argument.

While it’s true, as Ng points out, that digital advertising is indeed passing the 50% ad spend mark in many countries, the last time I looked “traditional” advertising forms like TV, radio and outdoor were about as far from death as you can imagine. There is a difference, you see, between being “dead” and simply being “a lot less powerful than you used to be”. But that distinction is lost in a hyperbolic death cult that sees anything more than 10 years old as ready for the knacker’s yard irrespective of what the actual data might say.

Why stop with advertising? We are repeatedly and reliably informed that the death of TV is not just imminent but has, in case you had not noticed, already happened. As the Ad Contrarian blog author Bob Hoffman drolly observed recently: “TV To Die Soon. Again”. The latest obituary was written last week in Ad Age by consultant Shelly Palmer, who used the “profound implications” of the newly announced deal in which the NFL will broadcast 10 games on Amazon Prime later this year to predict that “TV may actually die soon”.

We have become a doom-laden profession, applying imminent death to almost everything we see, feel and touch for too long and its getting kind of embarrassing.

What Palmer neglects to mention at any point in her article is that this is not the first time that the NFL has partnered with a tech giant. Last year it signed a similar deal with Twitter. That sparked a whole load of bullshit articles about the death of TV then too. Guess what share of the audience watched the games on Twitter? Just over 1%. So much for the death of TV.

You know the reason why Twitter failed with its NFL broadcasts? Come on, you know! Because Twitter is obviously going to D-I-E in 2017. That’s the argument over at Wired, where writer Davey Alba suggests that unless Twitter quickly adapts to the changing world of tech it will perish. Of course, the other alternative option, the one that will almost certainly transpire this year is the one that Alba completely rejects. That would be the scenario where Twitter sits back on its gigantic cash pile and stumbles about losing money for another five years while occasionally making bold but pointless announcements that have no long-term merit.

One of the reasons that Twitter is deemed to be in so much trouble is that it is being killed by Google. But that can’t be the case because – and you may have expected this news – Google is also massively dead too. Oh yeah. Over at Medium this week digital developer Daniel Colin James was eloquently, and entirely unconvincingly, arguing that “in a few short years, Google has gone from a fun, commonplace verb to a reminder of how quickly a giant can fall”. Yes, you read that right, Google – bigger than God, part of the ‘digital duopoly’, worth £470bn, eating up all the growth in digital marketing spend globally – that Google. Apparently, they’re fucked. So there you go. Dead by Christmas.

The main reason they are dead is because of Amazon, according to James. That makes sense because Amazon is not only killing Google at the moment, it’s also killing brands. Which brands I hear you ask? Well, it turns out, all of them. Every single one is totally dead according to business school professor Scott Galloway. The fast-talking NYU marketing professor turned up this week on an episode of Business Insider’s ‘The Bottom Line’ with Henry Blodget and talked bollocks for about 20 minutes about how “Amazon has effectively conspired with voice and technology and half a billion consumers to kill brands”.

That thesis hardly makes sense given we were told to expect the death of digital in 2016 by another academic prick with a laser pointer and a loud shouty voice. The numb nut in question was…oh, hang on. That was me. Let’s move on.

My point in all this is that perhaps marketing should scale back on the death tropes before the whole thing gets out of hand. We have become a doom-laden profession, applying imminent death to almost everything we see, feel and touch for too long and its getting kind of embarrassing. Like a school playground marketing has become a tedious, repetitive world in which cries of “you’re dead” and “no, you’re dead” drown out more delicate, prescient comment.

It wasn’t always like this. If you pick up a copy of Marketing Week from the 1980s you won’t see a single theoretical funeral. The magazine is busy covering the industry, the main issues and the lessons for marketers. Nothing is dying, just evolving.

Picking up a 30-year-old copy of a marketing magazine is not something many of today’s marketing experts do. The very suggestion will have them scoffing into their lattes. That’s a shame. Because the gift of marketing history is two-fold. First, it shows us that not as much has changed as we might imagine. Second, it demonstrates that while our profession is always changing, it does so at a much slower speed than most of today’s trigger happy predictions might suggest.

For the past decade a marketing moron has started every year with a bold prediction that this will be the one when virtual reality and 3D fucking printing finally change the face of marketing forever. My point isn’t that these two events might not eventually happen but that, if they ever do, it will be a very long time from now and not next year.

In the meantime nothing is going to be killed as a result. In fact, you can make a very strong, historically supported argument that even if virtual reality does become a major trend in 2018 (it won’t) the pre-existing technologies it displaces will not die but rather evolve to accommodate it. Radio was going to be killed by TV, but it is alive and well. Cinema was dead when the VCR turned up, and then sidestepped and kept going. Death, in marketing terms, rarely comes.

I’ll bet you a bucket of beer that the world of marketing will continue with brands, Google, TV and advertising all alive and well – and perhaps evolving – for our lifetimes as marketers. The only thing that should die, but probably won’t, are these tediously funereal predictions of the death of everything.

There are 24 comments at the moment, we would love to hear your opinion too.