Three quarters of marketers in the UK are expecting a salary rise in 2015 despite the fact that 43% did not receive a rise last year, according to a recent survey of marketing professionals by recruitment consultancy Robert Walters. 62% expect this rise to be between 1% and 10% of their salary.

Meanwhile, even though 47% did not receive a bonus last year, 70% of marketers expect to receive a bonus with over half anticipating it will be up to 15% of their base salary.

Despite this, however, the survey shows that 22% of marketers are planning to move jobs within the next year, with 37% already looking for a new opportunity, citing career progression and development as the most common reason.

Tim Gilbert, director of marketing recruitment at Robert Walters, says: “Improved business confidence in 2014 meant that firms began re-investing in their marketing teams…We expect competition in the market to increase in 2015 as strong marketers become even more sought after.”

Marketers are confident in the current job market, with 48% stating they could easily find a new job, while the Robert Walters ‘UK Job Index’ shows that the number of marketing roles advertised throughout 2014 increased with a forecast for this to continue into 2015.

“With many looking at a new job to make the step up, employers that do not benchmark pay and bonuses with market rates are at risk of losing key marketing staff,” Gilbert says.

The news comes after the results of Marketing Week’s annual Salary Survey suggested a movement in the industry in 2015 as the economy continues to recover, with 60% of marketers stating that staffing levels at their company will increase in 2015, compared to 37% last year.

81% of marketers also stated plans to leave their current job in the next three years, with 39% aiming to do so within the next 12 months. The majority cited seeking a new challenge as the reason for seeking a new job, since 43% feel their employers are not helping them sufficiently achieve their ambitions.

The survey also showed that the average salary for a marketing director or head of marketing has remained relatively flat at £70,215 compared to 2014 when it was £70,806, with marketers in gambling/gaming, FMCG, finance and consumers electronics roles coming in as the highest paid.

However, the best-paid sectors are not the most sought-after, according to the survey, with entertainment, retail and travel most appealing for women while men are drawn towards technology and sport. 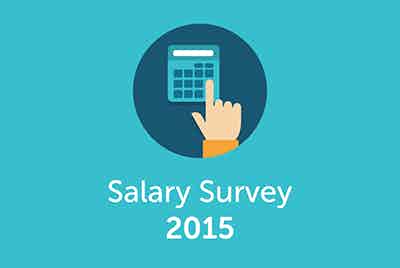 Marketing Week needs your help as we conduct the largest survey of salaries in the marketing industry.