888 is looking to strengthen its position in the UK market and in August was outbid by rival PartyGaming for Cashcade, another bingo company.

The deal will cost £11m upfront with the rest tied to profits in the period to March 2011. Wink Bingo was launched less than two years ago but already has 60,000 players, making it one of the most popular internet bingo sites.

Gigi Levy, chief executive of 888, says: “This is a lucrative deal, we think it’s a very reasonable price. Despite what some people think, there is a lot of room for growth in online bingo; we’re expecting 20 to 25% growth next year.”

Levy adds: “Online gaming is traditionally very male-orientated, but bingo companies like Wink have been able to attract a lot of women. It is also a very social style of gaming – people really get to know each other online.”

In November, 888 announced it would be seeking a licence from France in 2010 when the government is expected to pass legislation allowing online gambling.

Grey recently resigned its ad account with the company.

The company recently launched a TV and 96 sheet ad campaign showing Trigger Happy TV star Dom Joly pull on a snorkel and mask to avoid drowning in money as he lands the prize whilst playing on his laptop. It also projected its logo on the Houses of Parliament (pictured).

Guardian.co.uk retained its position as the most popular UK newspaper site with 35.8m unique users recorded through November, according the latest ABCE rankings. 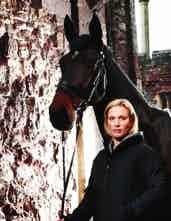 Musto, the sports clothing brand has launched a range of equestrian clothing designed by Zara Phillips, the Queen’s granddaughter.

Barnardo’s has teamed up with MySpace and YouTube to launch a short film called Teens’ Speech.