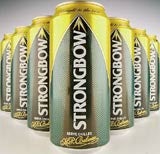 Cider-maker Bulmers says it will continue with its £8m advertising agency review called earlier this month (MW March 27), despite being acquired by brewer Scottish &amp; Newcastle (S&N) for £278m.

A spokesman for Bulmers says the company will announce a shortlist next week. Group marketing director Jon Eggleton, whose future with the company is also in doubt following the acquisition, is overseeing the review.

Miles Templeman, the former head of Whitbread’s brewing arm who joined HP Bulmer as chief executive in January, is expected to earn £550,000 from the sale.

S&N is understood to have outbid Interbrew and several other financial buyers. It is selling off its 1,500 managed pub estates to become a dedicated brewer. The acquisition of Bulmers represents Scottish Courage’s first entry into the cider market. Its brand portfolio includes John Smith’s, Kronenbourg and Foster’s in the UK.

The John Smith’s advertising business is handled by TBWA/London. M&C Saatchi is responsible for the Kronenbourg and Foster’s accounts.