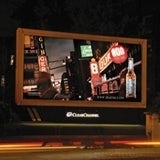 Accountability has lifted outdoor and ambient media from mere add-on for ad campaigns to a valuable part of the marketing mix that can be planned right from the start. By Catherine Turner

For years it was known as the “fags and booze” medium, the poor relation to press and TV advertising. At best, outdoor was considered an adjunct to an already planned campaign, a bolt-on that was notoriously unaccountable and difficult to measure.

Yet now out-of-home is advertising’s fastest growing medium bar online, with outdoor specialists and media owners saying it has measurement systems to rival TV and radio, gives value for money and offers more and better formats than ever.

Along with traditional billboards, six-sheets and bus side advertising come special builds, illuminated large formats and a burgeoning digital portfolio that ranges from instore TV to interactive posters.

Ambient media also falls under the out-of-home umbrella, which counts formats as diverse as panels on toilet doors, petrol pumps and coffee cup lids. Yet with more than 100 media owners and such a dazzling array of formats, how can marketers hope to calculate the potential returns on any investment they make in outdoor and ambient campaigns?

Historically, outdoor was always the most difficult medium to measure as methodologies used in the other media could not be applied. Posterscope director of client services Glen Wilson says the launch of Postar in 1996 changed all that. It created a measurement of the outdoor audience that provided a net audience figure, recording how many people passed a poster site but only publishing a figure of those who actually looked at it.

As well as being a measuring system, it also delivers accountability – Poster Rating Points (PRPs) were created, which helped media planners plan campaigns on the same criteria as other media, such as on coverage levels or ratings weight.

Wilson says: “In Postar we have one of the most robust and sufficient outdoor measurement systems in the world. Outdoor specialists and media owners spend a significant amount on research. From that you get a lot of norms and established benchmarks in terms of performance that can help in planning campaigns.”

Since Postar was introduced, outdoor’s share of display advertising has risen from 5% in 1996 to 9.5% by 2004, with experts expecting it to reach the golden 10% before long.

According to Posterscope, a growing area that clients are electing to use is “special builds” – adapted poster sites that often offer an element of interactivity or a 3D effect. Wilson says that while commonsense insists a special build is inherently more noticeable, their research showed it was actually three times more successful in grabbing attention. “It also says something about the brand by virtue of using that sort of technique.” 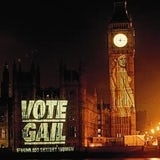 Other research carried out by Posterscope shows people regard 96-sheets as fitting for mainstream products or services that “have arrived” whereas ads on transport were perceived to be more likely for a product or service locally available. “That is not surprising, but we are now qualifying this with actual data,” says Wilson.

Spencer Berwin, sales director of media owner JC Decaux, says this is because the medium works and has succeeded in luring new advertisers to the arena. He says/ “It used to be fags and booze, but is miles away from that now. Pretty much everybody uses outdoor now as it can be all things to all people. Who does outdoor reach? Everyone.”

However, he cautions against singling out certain formats as adding greatest value to an out-of-home media campaign, saying that the media mix will depend heavily on the message the advertiser wants to give out. “We would ask what the product is, who the target audience is, what the competitors are, what creative work there is, what the client wants out of the campaign – be it awareness, branding or increasing sales – and budget size,” he says.

Large format tends to be used as a mark of stature and to build brands or for sectors such as cars and mobile phones, whereas small formats worked well for packaged goods brands, with high street and city centre presence adding to a sense of “locality” and inching the consumer closer to point of purchase.

Plan from the outset

Link Communication managing director Joel Kaufman believes that outdoor offers an easy method of measuring return on invest if campaigns are designed with measurement in mind from the outset.

This can come from using a dedicated response measurement mechanism to gauge the awareness of a campaign by measuring the OTS level (opportunity to see) or â¢ ROI, to measure take up and effect on sales, he says. The impact of a campaign can easily be tracked by measuring hit rates on a dedicated website address, a free phone number or a voucher system.

It is challenging more advertisers to include outdoor creative in pre-testing using its Next*Outdoor system, which takes the viewer on a virtual online journey. Sharp explains: “We all know TV advertising tends to get the lion’s share of ad testing budgets, but it’s a risky strategy to defer other branded communications as a result.”

Outdoor advertising could be an “extremely” effective medium, but expensive, she says. “Companies run the risk of missing out on maximising the effectiveness of their ad spend by not pre-testing their non-TV creative ideas.”

And ultimately, believes Guy Hepplewhite, managing partner of specialist agency Space, it is creatives and creativity that will drive the medium on. He says/ “The need to deliver inspiration through imagination is more important now than it has ever been and nowhere is this more apparent than in out-of-home media.”

He believes that ambient – traditionally one of the hardest to account for – is fast-tracking this trend. He says/ “Great ambient media lives outside boundaries and constraints – it’s the rebel with a cause.” Creative agencies have an obligation to inspire and innovate, adds Hepplewhite. It seems now is the time for out-of-home to stand up and be counted.