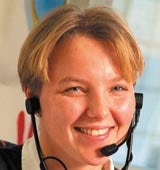 The direct marketing industry has been struggling with negative publicity for some time. It was even voted the UK’s top consumer irritant on BBC1’s Brassed Off Britain last year. Although the programme was not a scientific piece of research, it nevertheless demonstrates the depth of consumer feeling about the industry.

But the real challenge for marketers, direct marketers and their agencies is how to respond to this negative publicity. Research carried out by The Preference Service found that marketers are becoming more responsible with data and therefore direct marketing activity.

The report called Mind the Gap… Closing the Consumer Chasm shows that 64 per cent of marketers believe that the use of suppression products, which help to remove invalid and old addresses, should be made compulsory if carrying out a DM campaign. But while it is found that the respondents believe that suppression should be a priority, the research found that just 35 per cent of respondents use such products before launching a campaign.

Marketers are taking the use of opt-in data more seriously. It is a trend that looks set to continue, with 77 per cent of respondents saying that they already use it for online communications and 55 per cent saying that they either already use it for offline communication or are planning to start. The report also found that 82 per cent of those questioned believe that opt-in should be the norm for e-mail marketing and 62 per cent believe the same for direct mail, which shows that marketers understand that the use of this data increases their response rates and makes for happy consumers.

The research also highlights the impact of the European Union Directive on Privacy and Electronic Communications, introduced in 2003, has had on e-mail communications. It shows that 75 per cent of marketers believe that it has made direct marketing more targeted and the same number agree that it has made the discipline more credible. The legislation seems to have been received as a positive step for the industry, as 56 per cent of respondents say they think consumers are happier with the industry as a result.

Interestingly, 78 per cent of marketers find the legislation confusing and 20 per cent believe that it has had a negative effect on their business as a whole. But this shows that marketers have changed their views since the legislation was brought in, as 42 per cent said that they thought it would have a negative impact when questioned in 2003. However, e-mail is becoming a less appealing channel for marketers to use. In 2003, only 38 per cent thought that the legislation would force marketers to choose alternative channels and since then this figure has almost doubled, to 66 per cent.

The good news is that marketers believe that the general outlook for business activity is strong, with 68 per cent of respondents believing that business activity will increase in 2005. Just 24 per cent of those questioned say it will stay the same and only eight per cent believe business will be down. This is reflected in the level of planned marketing activity, with 44 per cent of respondents saying that they plan to increase their DM activity this year and a 41 per cent say their DM budget will remain the same as last year. Only 15 per cent of marketers are planning to decrease their activity.

The research shows that marketers are becoming more responsible with data, with the majority using or expecting to use opt-in data. There is also greater commitment toward the use of suppression tools. But the confusion over the EU legislation needs to be sorted out quickly if e-mail as a marketing channel is to continue to grow and develop successfully.