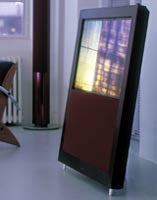 It is often said that technology touches every aspect of our lives, and now even the once mundane weekly shop has become a media-interactive event. By using innovations such as plasma screens and touch-screen displays, retailers are transforming themselves into media channels – all in a bid to get closer to customers.

It is not just the likes of Tesco, Asda and Sainsbury’s that aim to encourage impulse buying by cramming their stores with audio-video displays. Hairdressing chain Toni &amp; Guy and travel retailer Lunn Poly are also now bombarding consumers with moving brand messages in their salons and stores.

Of course, when it comes to communicating with customers, you can’t get much closer than in the shop. For years, retailers have made use of various marketing techniques, from selling space on baskets, floors and trolleys, while also installing six-sheets poster sites in stores to promote commercial brands and build relationship with customers.

And, at a time when traditional advertising media appear to have lost the ability to attract big audiences, retailers and manufacturers have had no option but to explore other ways of persuading consumers to part with their cash.

A case in point is a Marks &amp; Spencer trial last Christmas. It erected four 22-inch LCD screens in some of its stores, to promote offers on gadgets and novelties. The trial was run in the men’s accessories departments throughout the Christmas shopping period, as the retailer felt that some products sell better when demonstrated. The screens ran 25-second clips to cover four different product areas, showing the products in use.

One marketer says: “In an age when the average consumer sees more than 1,500 advertising messages every day, digital retail media is an interesting development as it communicates with customers at a point when they are pre-disposed to listen. By entering the store, customers are effectively segmenting themselves and signalling to the retailer an interest in its products.”

For instance, in some WH Smith outlets, when a new film comes out the retailer shows trailers from the film near display frames that display the title and the price.

Another observer points out that because television advertising generates an emotional response and gets brands talked about in a way that most static in-store promotions can never do, in-store media can combine the emotional benefits of TV while engaging consumers at a time when they are often actively seeking inspiration and most predisposed to act on impulse.

This is supported by research from Point of Purchase Advertising International (POPAI), which shows that 75 per cent of all buying decisions are made in store, while only 25 per cent of consumer purchases are planned in advance.

However, some people have expressed serious concerns that retailers could be tempted to make money out of advertisers, rather than collaborate with them to boost sales. One drinks insider says: “This might give retailers’ own-label brands yet another opportunity to steal a march on branded goods. It will also take some time for retailers to convince brand owners that the screens are not only effective, but also efficient. The other danger is that brands and retailers might irritate shoppers by bombarding them with commercial messages.”

He expresses concern that if customers are surrounded by screens promoting the store’s products at check-outs, it could be both intrusive and distracting. “Screens in stores are still in a nascent stage and may need some kind of formal tracking and measurement to gain credibility,” he says. Other retailers, such as Somerfield, have opted to steer clear of screens in stores and instead are looking at less intrusive media, such as radio. One worrying sign that supermarket screens may not be worth their investment was the demise of Forecourt TV, which supplied screen ads to petrol stations. The company ceased trading in September 2002, after it failed to attract enough interest from advertisers.

Starcom Motive joint UK buying director Steve Parker agrees there is a need for robust and insightful research into the relationship between consumer and screen. He also concedes that measuring the effect on awareness and sales is vital but adds: “With the largest supermarket chain [Tesco] introducing screen-based communication, the market may change from one with real potential to one that cannot be ignored.

“Initial testing has taken place but more has to follow if significant investment is to be secured. The importance of the supermarket aisle is not in question, the key is how to best cut through such a message-rich environment.”

While nobody is arguing about advertisers’ power of persuasion, what remains a concern is that messages shown by retailers on their in-store screens will not be policed by a regulatory body, and editorial and advertising will be free to mix. Shops could screen programmes that link to actual products being sold.

In defence of new media in the retail environment and the need to learn from it, Greg Turzynski, a partner at agency Experience, says: “We see about 290 advertisements a week on television, but there is still, on average, a 13-hour gap between the last TV spot you saw and being in a supermarket. When we get to the store, the competitor awaits, possibly being on promotion too. Another message delivered at precisely the moment that we face indecision or choice, which prompts our recall, must surely close the gap between our hard-won intention to buy and the act of purchasing itself.”

JC Decaux was appointed to sell space on Tesco TV, which was first aired last summer. It has released figures which indicate that the medium has the potential to significantly increase incremental sales. A JC Decaux spokeswoman claims that advertising on Tesco TV generates a ten per cent better performance, on average, across 62 brands involved in trials.

“The extensive trials of Tesco TV have demonstrated that customers value its content as an aid to their shopping experience. And, advertisers see it as the first media format to work in the last ten feet – which is media where it matters – encouraging customers to choose their brand at the point of purchase,” she adds.

I-vu, a company that provides interactive screen technology and has a network of almost 500 screens in hair and beauty salons in the UK, has also released its research to show how it is able to reach customers in a cluttered environment. The research carried out by Interactive Insight says that almost 80 per cent of consumers are more likely to interact with advertising on I-vu than on the TV at home or on the computer. Also, 56 per cent are more likely to remember advertising on I-vu rather than on TV.

The company has also signed a three-year deal with L’Oréal Professionnel to install TV screens in its hair salons. The deal will include running two 30-second ads for the L’Oréal Professionnel colour range, to communicate the merits of its range to a captive audience. The campaign is expected to reach a core audience of 300,000 18- to 55-year-old ABC1 consumers a month.

Alex Murray, managing director of design company Ripe, says that these latest technologies are changing the way in which brands communicate with consumers, through interactivity with a generation of consumers who have grown used to the idea of the internet as a shopping portal. He gives the example of the Simply Barefoot kiosk, which enables customers to view and select a range of different floor-coverings using a touch-screen interface, which can change the colour of walls and furnishings to suit the chosen flooring.

Starcom Motive head of outdoor Derek Manns, however, cautions that one of the key challenges to these media owners will be to provide a genuinely engaging medium, one that “delivers quantifiable audiences to appeal to those advertisers that are not using the medium to influence impulse purchase”. He adds that if Tesco TV trials have claimed to increase sales by an average of ten per cent, it will need to deliver consistent sales results to justify continual support from advertisers.

Some experts are also at pains to point out that the other challenge will be to tailor the “right content for the intended consumers”. The trick will be in informing customers who are on the move and then generating a sale. “There will have to be an element of entertainment, which will have to be potent enough to grab shoppers’ attention,” says one industry expert. TV advertising and in-store media will also have to complement one another rather than compete against each other.

And it is not just shops installing screens. Plans are also afoot to put screens in doctors’ surgeries and pubs and clubs to show programmes tailored for specific markets. So if you are looking for peace and quiet without a TV screen trying to encourage you to spend, spend, spend, there are now even fewer places you can escape to.