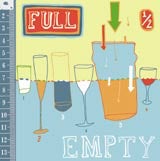 The government and the UK drinks industry are meeting to set up the Drink Aware scheme, an independent charitable trust aiming to tackle alcohol misuse. But will the body gain a sufficiently independent status and enough funds to carry some weight? By Martin Croft

The UK drinks industry, in partnership with government departments, is planning to establish a ground-breaking, national body that faces a devilishly difficult challenge – changing the public’s attitudes to drinking. No one denies that the UK has a problem with alcohol consumption. The latest proposal is to set up the Drink Aware scheme, currently administered by drinks industry lobby organisation The Portman Group, as an independent charitable trust.

The move has been welcomed by many as a step in the right direction.

But the idea – to be discussed at a meeting in London on January 18 – does not go far enough, say some interested parties. Charges have already been levelled that the new body may not be independent enough, in terms of trustee selection, and will be woefully under-funded. Srabani Sen, chief executive of Alcohol Concern, says:

“The amount of money available must be enough to make a difference.

It needs &£20m to &£25m a year, as the government suggested.” She adds that the way trustees are selected must be transparent.

The UK government originally floated the idea of a Producers’ Fund – a pot of money of up to &£25m provided by the drinks industry for alcohol education projects – in 2004, when it published its Alcohol Harm Reduction Strategy document. The drinks industry, perhaps stirred into action by the threat of Government intervention, launched a counter-proposal – that the existing Drink Aware scheme, started by the Portman Group, should be extended and put under the control of an independent body to fulfill the functions of the Producers’ Fund.

The lines are drawn

After 18 months of consultation between the Portman Group, the Department for Media, Culture and Sport, Home Office, Department of Health and others, including the Royal College of Physicians, Royal College of Psychiatrists and Alcohol Concern, a framework has been drawn up for the new charity. It will have 12 trustees; six will be drawn from the drinks industry, the others from outside. There will also be a chairperson, with the casting vote, chosen from outside the industry.

The body will be tasked with running local and national alcohol education, including leaflet distribution – such as education packs for schools – and advertising, though Portman Group chief executive Jean Coussins says major TV ad campaigns are unlikely. Indeed, the new Drink Aware charity will have nothing like the &£20m-plus budget Alcohol Concern would like to see at its disposal.

Instead, the Portman Group proposes that the budget be &£3m in year one, &£4m in year two and &£5m in year three. Most of this money would be expected to come from the drinks industry, with additional funds from external sources including the National Lottery and the European Union. The budget could grow further, The Portman Group says, depending on how much the drinks industry is prepared to commit.

A number of the UK’s biggest drinks companies have already significantly raised their contribution to The Portman Group and the existing Drink Aware programme – in some cases, doubling the amount they spend. Others, however, have apparently been digging their heels in, although it is unclear whether this is because they do not see the need for a nationwide sensible drinking campaign, or because they think the initiative does not go far enough.

One executive at a drinks company, who was closely involved with the development of the Drink Aware expansion programme, says: “It’s been a real struggle because of the different business objectives of the companies involved, not to mention the skeptics who said it couldn’t be done.” He adds: “We [the drinks industry] didn’t feel threatened – but we did feel compelled to work with our rivals. Eighteen months ago, there was no industry consensus; now, we have the seeds of a very workable structure.”

But, to put the putative Drink Aware charity’s &£5m budget into perspective, according to figures referred to in the Government’s Alcohol Harm Reduction Strategy, the total spent on marketing by the drinks industry at the time of publication in July 2004 was between &£600m and &£800m. Of that, roughly &£200m to &£250m went on advertising.

The Government estimated that alcohol cost the country up to &£20bn a year in lost work time, medical treatment and policing alcohol-related crime. Six per cent of all road traffic accidents and

16 per cent of all road deaths in 2000 involved someone driving while over the legal limit.

The idea that such fundamental problems can be addressed by a body with links to the drinks industry and a mere &£5m in funding is ridiculous, says Colin Drummond, professor in addiction psychology at St George’s, University of London. He adds: “The medical profession has proposed increasing the cost of alcohol and restricting its availability. The Portman Group and the drinks industry are fundamentally opposed to this idea – as is the Government.”

Professor Drummond argues that any educational initiative must be run by “a truly independent body with no links to the drinks industry”.

He also pointed to new figures, published last week, to underscore the size of the problem. Drinking has more than doubled since 1960, as have drink-related deaths, mainly from liver cirrhosis.

Figures comparing the UK with 12 other European countries published in The Lancet show that several European states have seen alcohol-related deaths fall by as much as 30 per cent over the same period. An accompanying article, by Professor Robin Room of Stockholm University, reads: “The UK government has turned a determined blind eye to the problem and failed to make the reduction of the population’s alcohol intake a policy goal.” It goes on to lambaste the new alcohol licensing laws.

The Drink Aware proposals appear, on the face of it, to be an attempt to reach a sensible middle ground on what is a contentious issue. But if the trust is to succeed, next week’s meeting must address certain key issues, critics say. These include the question of who serves on the board of trustees, and how independent trustees can be. If, as The Lancet’s study alleges, the UK government is effectively on the side of the drinks industry, then any government representatives may not be that independent, concerned parties suggest.

Furthermore, critics claim, it is difficult to understand how a &£5m budget, which includes staffing and other costs, as well as funds for educational and advertising campaigns, can compete with what the drinks industry spends on marketing.

The Portman Group, the drinks industry and the government may face a tough time getting all interested parties to fall into line behind the Drink Aware charity. Critics, however, do not dismiss the idea out of hand: most accept that it is a step in the right direction.

Sen says: “We are pleased we can start discussing proposals for the Producers’ Fund.” But there is an emphasis on the word “start”.

Drummond observes: “Nobody is suggesting prohibition – we know from the US experience that is not a constructive way to deal with the problem. We don’t want to stop people drinking; we want a sensible strategy to limit the damage it can cause.”