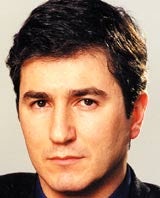 Would you be happy to go to the shops and buy a can of drink, accepting that you do not know until afterwards whether it is almost empty, half-full or full?

The above scenario is not that much different to the process of planning and buying space in magazines. You can never be sure what level of circulation a particular ad benefits from, having only the average circulation over a six month period to go on.

It is now over a year since I last raised this issue in Marketing Week (MW August 17, 2000); at that point a rule was being considered to force publishers to declare when the circulation of an individual issue deviated from the average by more than 20 per cent.

Twelve months later the issue remains unresolved: declaration is still optional, and on the latest set of data not one publication declared an issue that varied from the average.

It might be that no magazines published in the past six months had particularly strong or weak selling issues. Call me cynical, but I think that’s highly unlikely.

As magazine marketing techniques become more sophisticated, and launches and closures of titles ever more frequent – and given the importance of making every penny spent on advertising accountable – it is crucial that agencies and clients alike have access to more accurate circulation data.

It would seem that publishers are still debating whether or not we should be allowed access to this data, citing concerns such as how the data will affect our negotiations, or how we will handle the increased workloads generated by extra data.

The introduction of compulsory variance quoting would therefore be a good halfway house, allowing assessment of how the data might be used before moving to monthly ABC figures which is what we all really want (on the client and agency side at least).

While we have waited over a year to have this issue resolved, the ABC has been quick to block some other loopholes that, to date, publishers have taken advantage of. As of April 2 this year, copies which are sold at a reduced rate as part of a promotion must be charged at 20 per cent or more of the basic cover price if they are to be included in the circulation figures under the “at lower rate” caveat.

Furthermore, to be included as part of the same edition, the promotional copy must have at least 70 per cent of the advertisements carried by the main edition.

Whether or not you consider the promotions conducted by magazines such as Hello! and OK! valuable, these rules at least help to identify the real value achieved by placing an ad in a non-promoted issue of these titles. This is a step in the right direction, but we are still a long way from total clarity.

Steve Goodman is director of press buying at MediaCom