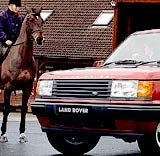 The research reports that it is not only the super-rich that are getting richer. The mass affluent – those people that have substantial sums of money but have not yet broken the magic &£1m barrier – prospered in the latter part of the Nineties.

Over the past nine months there has been a surge of interest in the mass affluent market, as financial service providers have rushed to take advantage of a growing, profitable, but under-provided-for market segment. A number of financial services companies have rushed to announce the launch of their wealth management services. With increasing competition in the UK mass affluent market, business strategy and customer acquisition will prove critical challenges to providers entering the market.

The mass affluent services available vary widely in terms of the asset and/or income groups they target, and the product portfolio and customer service they offer. Many place a heavy emphasis on face-to-face customer service and the development of personal relationships, while some target the self-directed investor and consequently offer a predominantly online service.

The majority of mass affluent consumers are aged 35 or over, with the largest number falling into the 35to 54-year-old bracket. Retired and older individuals also make up a significant part of the mass affluent market: those aged 55 and over account for 38 per cent of the market.

The mass affluent market in the UK is dominated by men, who outnumber women by more than two to one. The mass affluent sector is concentrated in London and the South-east, with 38 per cent of the group living in these areas.

White Europeans constitute nearly 90 per cent of the UK mass affluent market, while Indians, black Caribbeans, black Africans and other non-white ethnic groups together make up only four per cent.

Only 40 per cent of mass affluent consumers hold ISAs, although the flexibility and tax-free status of ISAs mean that they are well-suited to the needs of most investors.

Companies seeking to derive additional revenue from the mass affluent market are hoping to cash in by designing a suite of products that are related to, but more sophisticated and personalised than those available to retail banking customers.

An optimistic forecast for the size of the mass affluent market foresees the number of mass affluent individuals rising from 3.7 million to 4.9 million between 2000 and 2004.

An important measure of the success of mass affluent services will be the “share of customer wallet” that a provider can take. Datamonitor believes that to achieve a significant “share of wallet”, competitors must deliver sustained high returns on invested assets, together with an adequate product range and multi-channel distribution.