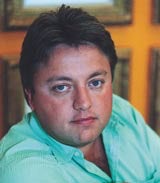 The framed Nietzsche quote Garry Lace’s mother gave him on the first day of his career in advertising at Saatchi &amp; Saatchi read: “A man with no plan is no man”.

When the news broke last week that Grey, regarded as one of the most lacklustre advertising agencies, had poached Lace to run its London office – from his role as chief executive of the considerably more creative TBWA/London – many wondered if Lace really had a plan or was just happy to pocket the large salary, estimated to be &£850,000 (MW last week).

Lace’s brief from his new boss, Grey Global Group Europe president Carolyn Carter, is to inject creativity into the UK office. A tough call, when 90 per cent of Grey’s client base is internationally driven from the US. Lace is also expected to bring in new business, which could prove difficult given the perception of Grey’s creative reel.

Grey is run by septuagenarian Ed Meyer, who is well-known for keeping a tight leash on his staff. This may come as a shock to Lace, who is used to a more informal agency style.

Close friends of Lace, however, say he knows exactly what he is doing, and he certainly gave that impression during this interview, a week prior to his departure from TBWA.

Lace follows a long line of potential high-fliers, parachuted into similar posts at Grey, who have then disappeared from view. His new role has been empty since Martin Smith was ousted 18 months ago. It remains to be seen whether the same fate will befall Lace.

Lace says: “I detest comparisons to anyone who has come before me. I am nothing like the people who have done the job before. I don’t need this job, I was doing great here. I’m only 35, I’m at the top of my game, and all I’m going to do is get better.”

This may sound arrogant, but many of Lace’s former colleagues and clients all believe he will succeed where others have failed.

Insiders predict that, in order to make room for top talent, Lace’s arrival will herald a “bloodbath”, with several senior members of Grey London being ousted. Perhaps it is rather fitting then that he arrives on November 5.

Lace, though, claims there will be no immediate fireworks: “I’m not going to make decisions about anything until I have been there for at least a month. I’m going to take the lid off the Grey box and take a deep breath.”

Yorkshire-born, but with no trace of a regional accent, Lace is known as a dynamic, amusing character. “He is the funniest man in advertising,” says Clemmow Hornby Inge managing director Johnny Hornby. A close friend of Lace, Hornby worked with him at TBWA as joint manager until last year. He adds: “The trick is that Garry creates a sense that it’s great to hangout with him – and it is.”

Apart from one term at the prep school where his mother was teaching, Lace was state educated. He does not have the most athletic of builds, but is an above-average sportsman who plays tennis and golf well, and was once captain of his school cricket team.

An opera junkie, Lace is not above hanging out at Will Young’s concert – and singing along with the best of them. He likes fine wine, but can often be found knocking back tequila in Soho drinking dens.

Recently split from his wife, Lace will only say he is single, refusing to be drawn further on his love life. He is happy to talk about his family, though. Photographs of his four-year-old son Thomas are displayed across his desk. When asked for the name of his favourite restaurant, he answers: “Giraffe in Chiswick High Road. Thomas loves it there.” His grandparents get a few mentions, and even Lace’s mother is offered up for an interview for this piece. And he is not joking.

He may be the master of portraying a cosy image of himself, but Lace is the first to admit that he has made enemies on his way up, and when asked to list some he has no problem trotting out several names off the top of his head.

“He did have a slightly aggressive side when I first worked with him,” says Hornby. “He fired a few people a few years ago at TBWA, not particularly nicely.”

Lace admits he may have regarded those firings as an assertion of his authority, adding: “In order for TBWA to be as successful as it is now, it was an important move. One of the first things I learned as head of account management was that you get paid to make the calls.”

Lace claims he has mellowed over the past three years, but the assertive approach is likely to raise its head once more. He will have to radically shake up Grey’s existing formula if he is to attract new business. His existing TBWA clients seem to think this is where he will excel.

Air Miles managing director Drew Thomson believes Lace has two main strengths: an ability to turn his clients into his friends, and a flexible approach to working with clients. He adds: “He can demonstrate that there is no set formula for business.”

Former Grey employees suggest that Meyer and Carter may not have been perfectly frank with Lace. “They have probably told him there will be a huge amount of leeway for Grey London to be itself,” says one insider. “But an organisation like Grey, where the business is so internationally focused, cannot allow that.”

Others point to Grey London chairman and managing partner Tim Mellors as a potential source of grief for Lace, as he is seen by them as being somewhat difficult to work with. Mellors, though, is due to retire in the next year. But the same insiders claim other Grey personnel could offer Lace similar difficulties. “There’s a lot of backstabbing at Grey,” says one. “But as long as he keeps looking over his shoulder, he may last longer than people think.”