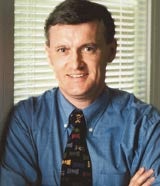 I would like to share my own, personal, interpretation of what is becoming a rather loud and confused public debate. It is not a Rajar view, nor a “commercial radio” view, but a personal view, which some may not like.

Rajar is being attacked, very unfairly, for dragging its heels over electronic measurement. But Rajar is at the forefront of the world’s major radio markets in investigating meters – and is doing more than anyone else.

The diary is used to measure radio listening throughout almost all the world, and it has served us well. The Rajar diary survey is an extremely complicated study – it is the largest media study in the world, outside North America – so making major changes needs a lot of care. Just ask BARB about changing measurement systems!

However, there is no doubt that the diary system will be severely tested by the growth in digital radio – which is why Rajar has invested &£1m in testing the two meter technologies.

The non-disclosure agreements enforced by the meter suppliers limit the information Rajar can release to you and me, but what we saw last week certainly supported the view that, while meters may very well be the future of radio audience measurement, the technology is not ready yet.

For instance, a comparison of the individual station results from the two meters revealed wide, and more worryingly, unsystematic variation. There were huge differences – of up to 600 per cent – in individual station measurements between meters, and an overall difference of more than a third in terms of hours listened.

When both meters are used by the same individual and exposed to exactly the same radio, they produce very different answers: so which is correct?

The testing also threw up real difficulties in measuring multi-platform listening and in persuading people to actually wear the devices.

That knowledge prompts me to ask a simple business question.

Of course I wouldn’t. I’d use what I had learned to date, modify the meters and test again.

And the meter manufacturers seem to agree that this is the best course of action: they have both gone back to the lab to develop a new generation of products. Rajar has budgeted a further &£500,000 to test the second-generation meters as soon as they become available.

I support the decision – which wasn’t, as some suggest, a stitch-up by the big boys of commercial radio. I understand that this was a unanimous decision by the whole Rajar board, including BBC Radio, the IPA and ISBA.

Certainly, Rajar should be encouraged to hurry along with its next stage of development – but don’t blame it for the time taken for the second-generation meters to be developed in response to the &£1m test findings.

Douglas McArthur is chief executive of the Radio Advertising Bureau