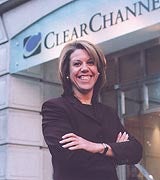 So we are off on the merger merry-go-round again. Will Carlton make it to the altar this time? And will advertisers be celebrating or objecting from the aisles? In the world of outdoor we are delighted by the impending nuptials, because it is yet more bad news for ITV revenues. One sales house (in any guise of separation or independence) will result in higher prices, less-efficient delivery, and more clients switching off ITV.

The real problem for ITV is not its sales houses, but poor delivery of the audiences advertisers need. If you want to deliver truly mass audiences cost effectively then go outside. It is a fact that valuable audience segments are watching less TV than ever and the inexorable rise of satellite channels is chipping away at ITV’s share. It is going to be more than a psychological blow when ITV’s share of revenue slips below 50 per cent next year.

So what is the alternative for advertisers? They could go for a combination of advertising on Channel 4, Five and satellite, which is great for advertisers that bag the hot slots. However, there are simply not enough must-see shows to deliver the audience numbers for every advertiser. Not a problem with outdoor. And what’s more, an outdoor audience can’t turn it off, tune it out or avoid it. In addition, pound for pound, outdoor consistently provides more bang for the advertisers’ money.

Want the youth audience? We will deliver a schedule that tracks like a train with the elusive 15to 24-year-old age group, who spend their lives out and about. Want a nationwide mass-market campaign that delivers cover and frequency fast? Go back to posters. The frames and delivery system may not be hi-tech, but great creative work makes outdoor the world’s most hard hitting media.

Well, I would say that wouldn’t I? That is what a chief executive of an outdoor company is paid to say. But it’s not just me. Lever FabergÃ© chairman Keith Weed recently said that growing investment in outdoor advertising is driven by the fundamental law of marketing, because big brands need a mass audience.

Last week, I read with glee that Procter &amp; Gamble will consider its advertising options if the ITV merger goes ahead. B&Q is reportedly considering moving its £30m ad spend away from ITV because it is already too expensive. B&Q marketing director David Roth told a major national newspaper: “We have a situation where there is price inflation at a time when audiences are falling. It is a great concern. ITV continues to be poor value for money and audiences are fragmenting further”.

When you consider that more than 90 per cent of the top 100 advertisers already put outdoor on their schedules, compared with 20 per cent just ten years ago, I’d be worried if I were Charles Allen or Michael Green.

So advice from a runaway bride who has been engaged four times and never made it down the aisle herself – gentlemen, marry in haste, repent at leisure.