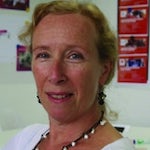 Using online questionnaires and face to face interviews, we asked children aged between 6 and 11 years from both urban and rural families classed as being in the BC1C2 demographic, from the UK, Germany, Poland, France and Spain, what they really thought about the most important things in their lives. We covered topics such as family, aspirations, likes, dislikes and worries. Our findings highlight the greater importance that is now given to children as participants and decision makers in the modern world – a development being significantly facilitated by technology.

Celebrity connoisseurs
The research findings reveal that children are more interested in celebrity success than ever before, with girls citing pop stars and boys declaring sports stars as their favourite celebrities. However, only 25% of children said they wanted to be just like a celebrity. They are eschewing the values that drove celebrity culture in previous generations (wealth, fame for its own sake, power, travel and adventure) and now favour jobs that call for real talent, with 80% of kids citing it as the trait that makes a good celebrity.

When asked what profession they aspire to, the top answer across Europe was to become a vet. As the reasons for their career choices, 33% of children stated fun, 18% wanted “to help others” and 18% said “excitement”. Only 5% of respondents claimed they wanted to be rich and powerful.

Future green activists
The research across Europe shows that kids continue to express inherently caring and pro-social tendencies but also display a range of concerns well beyond those of their immediate world. The top three issues cited were recycling, endangered animals and “animals being hurt”. UK kids cited recycling as their biggest worry, which perhaps implies that we are creating a generation of ’green natives’ who will be far more ecologically aware than those born 20 years earlier.

Grandparents and technology playing an increasingly important role
Family life is still remarkably traditional across Europe, with parents remaining the most important people in children’s lives. The research also shows that parental roles have largely remained the same, with mum as the homemaker and dad as the rule breaker. However, across all the countries surveyed, dads are spending more time with their children than they used to. Grandparents also play a central and crucial role as both carers and active playmates – the children in our survey cited grandparents as the second most important people in their lives.

The findings also reveal that technology is helping to unite families by giving them shared activities at home and facilitating contact with each other. Digital technology and the internet are now ingrained in children’s learning and social interaction, resulting in a blurring of lines between virtual and physical society to the extent that digital interaction will be implicit in tomorrow’s society. It will become second nature for this generation to communicate, play, learn, make a friend, or meet a partner through the digital world.

The rise of an indoor generation
With a rise in parental concern about perceived dangers (traffic hazards, possibilities of violence, sexual predators) children are more restricted in what they are able to do outdoors than ever before.

However, this research study has shown that children still long to discover the great outdoors. Their inborn need to explore is expressed in their “perfect day” descriptions, which centre around visits to the park, beaches, swimming, theme parks, and zoos. They need the opportunity to explore the outdoors, learn independently and assess danger and hazards in their world. This psychological need is also expressed as a desire, with 89% of children stating they would prefer to play outdoors.

Overall, this research has given us a new perspective on childhood and the way in which children are reacting to the constantly changing world of the 21st century. Brands must open their eyes to this shifting reality and give children the opportunity to help create and influence activities; involve and engage them in the world around them, offer them a sense of achievement, and encourage their inherent wish to make the world a better place.

Our second wave of research, coming out later this year, will look into kids’ views on food, their lunchboxes, and how they view brand promotions.