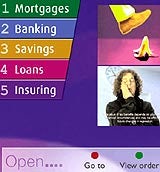 Television broadcasters are in talks to set up an industry-wide body to offer a common standard on interactive TV advertising.

The plan was revealed by Flextech sales director Mark Howe, who was speaking at the TV 2000 conference in Lisbon last week.

The absence of an industry standard for interactive ads on satellite channels SkyDigital and Open, cable channels NTL/Cable &amp; Wireless and Telewest/Flextech, and terrestrial channel ONdigital is seen as a serious obstacle to developing the new form of advertising. The body – a separate company – would act as a one-stop clearing house for backroom functions such as data collection.

Howe said: “We are in the process of developing industry-wide platforms for a neutral model. It would increase the take-up for advertisers. There would be a one-stop shop with payment by results.

“Flextech/Telewest, Sky and other broadcasters are moving towards the creation of an independent body.”

Howe says talks are in their infancy, although an announcement could be weeks away. But some TV 2000 delegates speculated there would be problems bringing all the broadcasters on board to develop the system.

Procter &amp; Gamble interactive marketing manager Rahul Chakkara says there are major barriers to the wide-scale launch of interactive TV ads. “There is a lack of infrastructure and capabilities, and there are multiple standards. Even in the UK, you have to make the ad four times over. If you want to show it in France, you have to reconstruct the whole thing, which is impossible,” he says. He believes there needs to be far greater awareness of interactivity among consumers.

The Lisbon conference was attended by marketers, broadcasters and media agencies and explored the issue of how new technology would affect the advertising and broadcast scene. The use of interactive TV, the convergence of Internet and TV, and the role of established channels such as ITV were hotly debated by some 160 delegates.

The subject has been the main topic for the past three years – when it was called TV Barcelona – but this year there was more of a sense of urgency because interactive TV is now being actively used.

It is an unsettling picture – new systems are being introduced, but some believe these will not achieve long-term success. As one delegate said: “It’s a bit like the Wild West, where the pioneers are going in and getting scalped, then other people can come in and make a success of it.”

But despite the confusion and apparent risks of an early launch into interactivity, there was plenty of interest. The presentation that was most commented upon came from Woolworths electronic channels manager Howard Unna, who laid bare the retailer’s experience in running interactive ads through the Open platform.

Unna explained that only companies which could fulfil the promise of interactive ads would benefit from the high costs of producing them. “The creative cost is probably the cheapest part. The real test is in the plumbing.

“For example, to book a test-drive for a car, you have to check that the dealer has the model and that a time is free for an appointment, then you have to e-mail back with an appointment time, and also get the direct marketing team to send out a brochure.”

While stressing the high costs of all this, he claimed Woolworths received 4,000 orders a week at Christmas peak. He said the Open service is equivalent in sales to the 173rd biggest store out of 800, and the third largest outlet for Woolworths entertainment.

“The business model expects to be in the black within the first year of trading. Not letting a start-up or dot-com encroach on Woolworths’ business is worth the cost,” he said.

P&G’s Chakkara said interactivity could change forever the relationship between consumers and TV. “Customers can now talk back. You can target individual households, listen to them and respond,” he said.

This meant brand-building would become “continuous, collaborative and consumer-centric”. Chakkara explained: “In today’s world, we control the communication and we decide at what time consumers see advertising. But in the interactive world, the consumer will determine the depth and frequency of the interaction.”

Turner Broadcasting managing director Mick Buckley looked at the possibilities for convergence between TV and computer, or the remote and the mouse, as he put it. While many in the industry believe the hurdles to this are insurmountable, Buckley said: “I believe convergence will come quicker than most people expect, and will result in a radical redefinition of broadcasting, advertising and marketing.”

The conference ended with ITV marketing director John Hardie claiming that the station had a bright future, despite disappointing January and February ratings, rising inflation and the threat from satellite and cable.

But Hardie brushed off some of the threats from the new technology: he pointed to the video recorder, which is widely used for playing rented films, but only used to record on average one programme a fortnight.

He projected ITV’s share would stand at about 34.6 per cent by the end of 2004, which is five points ahead of top US networks, and questioned the potential appeal of interactive ads. “I’m not sure how powerful interactive ads will be, they might be like direct response ads – good for some, but not all, groups.”

He said of the conference: “It seemed this week I have attended the same conference as in recent years, when I have heard how the progress of new technology is inevitable, and the result is the decline of terrestrial TV. I do not share that view.”

But from the perspective of multichannel providers, this conference was markedly different from previous ones. Turner Broadcasting sales director Dee Forbes said: “The conference didn’t just address station average price and whether there should be advertising on the BBC.

“For the first time, the industry was tackling contemporary issues such as multichannel and interactive TV.”

– BSkyB head of client sales Graham Appleby: “Our research of audiences shows that people do watch ads in the pub.”

– Channel Five sales director Nick Milligan to John Billett of the Billett Consultancy: “John says he is not bashing television, but if he missed his marketing plan by 20 per cent and TV inflation was only eight per cent, then perhaps he would be in need of getting a media auditor himself.”

– ITV marketing director John Hardie: “People watch TV because they like to spend time together in the evening in the living room. For some viewers, being completely knackered means watching television programmes.”

– Kimberly-Clark European media director Oliver Cleaver: “In my head, I know that (multimedia is the best solution) but in my heart, I can’t see how to communicate the Andrex Puppy (without TV).”

– Maybelline external affairs manager Rory Macmillan: “It’s valuable for advertisers to be here with so much going on. It’s good to be able to sit back and think. There is a mixture of some people giving a vision and others talking about the plumbing.”

– Western International Media research and development director Ivor Hussein: “I don’t know how you can have a television conference without creative people. If we work together, we can develop something of value for consumers and advertisers. At this conference we talk about TV as a business, but it’s about the consumer.”

– … “The real money (in interactive television ads) gets spent on the plumbing.”

– Procter &amp; Gamble associate director for UK media Bernard Balderston: “This conference has shown one thing – that the future moves very fast, and where we think we are going to be in a year time is not where we are (necessarily) going to be.”