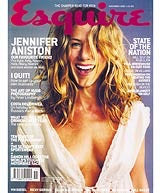 The rapid growth in men’s lifestyle magazines seen between 1993 and 1999 – equivalent to a ten-fold increase in value – had, inevitably, to slow at some point. In fact, the market remained steady in volume terms between 1998 and 2000, before experiencing a decline of eight per cent in 2001.

However, Mintel is forecasting an increase in sales of men’s magazines over the next five years, having reached a point where circulation trends have become somewhat disappointing. Despite an initial dip in 2002, the market for men’s magazines is forecast to increase 29 per cent in value by 2006, from £82m to £97m.

Circulation figures are also set to rise, with the number of copies sold reaching 30.9 million by 2006, an 18 per cent increase on the 2002 figure.

However, this growth is dependent on the industry exercising the level of creativity it has demonstrated in the past, as well as clearly differentiating between titles.

Mintel highlights creativity as an essential ingredient to the success of men’s lifestyle magazines. If sales are declining, then change and innovation are needed to remedy this fall, both with existing titles and with the introduction of other titles that offer something different.

The market has become more competitive, contributing to more use of covermounts and other giveaways, as well as the promotion of C-list celebrities such as Jordan. A certain repetitiveness in presentation and content has further contributed to a lack of differentiation between titles, and this has had an impact on sales.

It is probably no coincidence that the women’s magazine market (especially monthly titles), has also shown some volume shrinkage over the past two years – both markets share certain characteristics such as vulnerability to increased competition from other media, and alternative pressures on time.

In terms of segmentation, the market for men’s magazines is broken down as follows: younger general (including the major market leaders), which account for 67 per cent of volume, more mature general (13 per cent), health and fitness (13 per cent) and interest-specific or technology magazines (eight per cent). The first three categories have all lost about 12 to 13 per cent of sales in volume terms since 1998, whereas the technology titles have grown by 48.5 per cent. The younger general titles have lost 9.2 per cent in volume sales since 2000, and it is this end of the market where competition has been most intense, resulting in the heavy use of free gifts and similar promotions.

To some extent the more mature segment has been subject to similar pressures, two of its newer titles (Later and Mondo) have folded since 2000. However, this has, in part, been compensated for by the recent addition of the handbag-size title, Jack. It seems more of a challenge to target successfully a readership that has learned greater discrimination with experience.

The health and fitness segment is underpinned by the strength of Men’s Health, with Men’s Fitness a far smaller player but showing healthy potential. Both of these attract an affluent and somewhat older reader.

The smallest segment – the interest-specific or technology titles – increased in volume sales by 13.1 per cent between 2000 and 2002. Its growth primarily derives from the success of publishers in meeting a strong consumer demand for information about technological products, fuelled by their interest in consumer product innovation.

In terms of the consumer, it is clear that men’s magazines are skewed to younger and more upmarket men, although there have been some readership changes since 2000. Research undertaken for 2000 found that 50 per cent of 15to 24-year-olds were existing or potential purchasers, as were 46 per cent of 25to 34-year-olds and 11 per cent of 35to 44-year-olds. Since the comparable findings for 2002 are 49 per cent, 34 per cent and 18 per cent respectively, this suggests that it is among the 25to 34-year-old group that sales may have declined the most, and this is an important target group for the majority of titles. It is worth noting that, despite the upmarket bias among buyers, they are also significantly more likely to read a popular tabloid than a broadsheet, and this may reflect the high proportion of buyers aged under 25.

Their age profile also means they are twice as likely to be at the preor no family lifestage than with a family, which in turn means they will have relatively high disposable incomes and an accompanying propensity to spend. This makes such men an important target for advertisers that have been vital to the development of the men’s magazine market in business terms.

Although it is younger men who are most interested in fashion, grooming and keeping fit, and who have shown themselves to be open to the notion of a general interest magazine written from a man’s viewpoint, these views are steadily reaching older groups too. The men’s magazine market needs to be capable of more organic growth to accommodate more mature men.

Sports features are by far the most sought-after feature by consumers, mentioned by 50 per cent of readers. In practice, the coverage of sports in men’s lifestyle magazines is relatively limited across all titles.

However, it is not an easy matter to strike the right balance between amount and type of sports coverage, especially given the strong competition posed by the in-depth coverage of daily and Sunday newspapers.