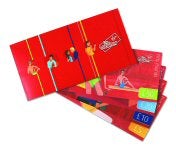 A career in the public sector has rarely been the route to the best possible pay packet. However, the public sector ethos, the knowledge that serving the public or making the environment cleaner or a better place to live, used to be an end in itself.

Private sector jobs can of course bring rewards and fulfilments that go beyond the salary cheque – but as their ultimate purpose is about the financial bottom line, the two sectors have invariably developed distinctive cultures and practices. Even so, recently the separation between them has become blurred, with contracting out, privatisation and the transplantation of private sector management techniques into the public arena.

There have been big structural changes. Since 1997, the number of public sector jobs has grown by around 860,000 and today about a quarter of jobs in the UK are public-sector related. Salaries have also increased, but traditional roles and responsibilities have changed alongside this. For a sector often perceived as being slow and bureaucratic, modernisation is testing to the full the capability to manage change.

Central to this capability are the commitment and motivation of those who work for the public. A survey by the Chartered Institute for Personal Development (CIPD) found that across all sectors, central government workers frequently reported lower levels of morale compared with workers in other public and private areas.

Charles Cotton, rewards adviser with the CIPD, believes that when it comes to some motivation the public sector can learn from the private. He says: “It would be wrong to say that what works in one sector will automatically work in the other, but some best practices are transferable.”

Andrew Johnson, director general of the VA (formerly the Voucher Association) agrees. “The fundamental principle of motivating people applies in the public sector as much as it does the private,” he says. “If a reward scheme leads to a better service and improves motivation, it is money well spent.”

In the private sector, the motivation business has expanded rapidly in the past ten years, mirrored by a phenomenal rise in the popularity of vouchers and giftcards. The voucher industry now accounts for around 60% of the £1.4bn annual turnover.

A winning combination
Thanks to innovative marketing and the introduction of formats such as plastic giftcards and electronic points schemes, a growing number of suppliers are adopting vouchers. These days, there is little that a voucher cannot buy. From flights into space (at an eye-popping £63,000), to high street-store vouchers, the combination of choice and flexibility is a winning one.

Graham Povey, managing director with Capital Incentives and Motivation, is able to put a figure on the size of the market. “Yes it’s growing and now accounts for about 10% of our business,” he says, “but the rewards tend to be small in value and are more for reward and recognition for employees who go the extra mile.”

He points out that recent seven-figure bonuses paid in the City have distorted perceptions about how reward schemes operate. “Cash is not the most important thing when it comes to motivation,” he says. “Far more important is being publicly recognised for doing good work and receiving thanks.”

Cotton agrees. He says: “If the recognition is immediate, the impact is greater. Unfortunately, the approval process can be so drawn out that the benefits are lost. There is a lot to be gained from a well-managed scheme and more local authorities are using voucher-based reward schemes or looking to introduce them.”

However, one of the major differences between the public and private sectors is that the public sector is not necessarily driven by a commercial agenda – although there are more situations where former monopolies are operating in more competitive markets and so are embracing schemes associated with commercial enterprise.

The Royal Mail, for example, had near monopolistic control of the domestic postal delivery market until the beginning of 2006, after which the doors were opened to full competition. The company then set up a referral scheme that rewarded postal delivery workers with vouchers. The result was a ten-fold increase in the number of referrals generated during the promotion.

Christian Petersen, the Royal Mail’s national sales referrals manager, was pleased with the results. “It was a fun programme that served a more serious purpose,” he says.

Creative thinking
Dan Mountain, joint managing director of Buyagift.com, whose subsidiary Experience More worked with the Royal Mail on the programme, believes that the public sector needs to start thinking more creatively in the way it uses non-cash rewards. “It’s not just about motivating staff. Local authorities, for example, could use vouchers to encourage households to recycle or pay their rent on time,” he says.

The message has not gone unheeded. Several local authorities have been using vouchers to encourage young people to attend homework classes. Virgin Vouchers, part of the Virgin group of companies, has been working with a number of councils on schemes to improve specific areas of performance. One of the most successful has been a scheme to encourage 15to 18-year-olds to complete college courses.

Paul O’Brien, managing director of The Virgin Voucher, says: “The vouchers only amount to between £5 and £10 per term, but they have had a significant impact on student attendance. A low-cost scheme is a small price to pay.”

Graham Howath, head of sales promotion at Performance and Motivation Management (P&MM), thinks the time is right for the public sector to start using voucher-based schemes. He says: “We must develop innovative ways to demonstrate how low-cost but high-perceived value schemes could be applied. It is the way an incentive is handled, rather than its size, that makes a difference to behaviours.”

BP has axed its top global brand marketing role following the departure of Tom Vaughan, and handed responsibility for brand to its communications chief. Vaughan, who was general manager of brand and marketing communications, has left the oil giant after six years to join law firm Burges Salmon as marketing director. He has not been […]

Some cynics claim the ad industry is full of pirates and brigands, but workers aboard the good ship planning and buying had their timbers shivered last week when a crew of buccaneers raided agencies across London. The pirate hoard was press-gang…

United Biscuits has been forced to scotch mounting speculation that it will conduct a review of its suppliers after the company’s acquisition by private equity firms Blackstone and PAI Partners. Some observers had suggested that a supplier review was being put in place by the procurement department to ensure best value. But a company spokeswoman […]