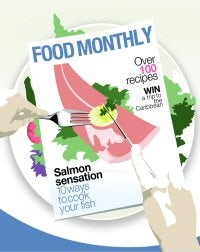 I remember one of the first people I interviewed in the contract publishing sector, about ten years ago. The expectations were hopeful and positive – but there was a sense that contract publishing might always remain a niche sector, with only a few innovative and moneyed clients deciding to have a glossy magazine of their own.

That scenario almost seems laughable now, and it doesn’t need the latest Mintel report to know that contract publishing is big business and other advertising channels can only look on in envy at its growth figures.

Chief operating officer at the Association of Publishing Agencies (APA) Julia Hutchison says: “Not only are clients becoming more aware of the benefits of contract magazines, but we’re also seeing increased acceptance from media agencies. Traditionally there has been some scepticism, although this is clearly abating as the market continues to grow and become more developed. In comparison to other media, this industry is showing healthy year-on-year growth, a trend we expect to continue.”

Money Spinner
Mintel research released in September shows that, despite a slow-down across most media sectors, the contract publishing industry is now worth almost £680m, a 2.2% increase on 2004 – double the rise in advertising expenditure overall during the same period. Significantly, Mintel estimates the value of the industry to reach £1bn by 2011.

And more than 90% of all the titles published in this sector remain print-based, a testament to the continuing popularity of magazines, despite the growth of digital media.

This is the crux of the matter – contract publishers have a remarkable way of maintaining their core discipline of print-based titles while at the same time adapting and moving their products into areas barely thought of ten years ago. So, for example, Redwood has created films for Land Rover’s Go Beyond TV, and Story Worldwide is currently producing a Christmas magazine podcast for a retail client. These quite natural extensions into digital media prove that contract publishers know more than how to do glossy magazines – they also have a real and crucial understanding of loyalty and retention.

In many ways, contract publishers have an advantage. When a piece of direct mail lands on the doormat next to a glossy magazine, no prizes for guessing which one gets the attention.

Opting in Redwood conducted research in conjunction with the Henley Centre in 2003, when researchers sat in people’s homes and watched how they consumed media. Redwood commercial director Ian Sewell says: “We all have places in our homes where we immediately filter out mail we don’t want. And while most direct mail is filtered out at the point of receipt, magazines are actively filtered in. They get into the home, stay around the home and get read by every member of the household. On average, people spend 25 minutes looking through contract magazines, which is unheard of in any other advertising medium.”

Sewell believes the magazines work because consumers understand what they are about. He says: “Contract magazines are seen as a fair trade. Consumers know they are getting something of value and something that entertains them, and therefore they are happy to consume the marketing messages included within the articles.”

In an unusually bold move a couple of years ago, direct marketing agency Tullo Marshall Warren launched a magazine subsidiary – TMW Publishing (TMWP) – because it realised how closely linked direct marketing and contract publishing are, according to TMWP editor Amber Key. The chance of keeping extra revenue streams within the overall business was, no doubt, another incentive.

“As far as I know, we’re still the only agency that has a separate publishing division. Put simply, it’s because clients want magazines and they see the value of them in the context of traditional direct marketing. The two work in tandem, and if you add in digital and online, you complete the loop,” says Key. 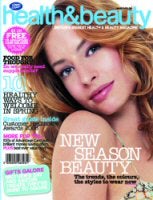 Mixed Media
This is where contract publishing has managed to hold its own. With the explosion of digital media, it would not have been unreasonable to presume that print-based magazines would experience a decline. This has not been the case, although according to Key: “In future, it will become rare for a magazine to be sent out in isolation without online links to further engage readers with the brand.”

This view is supported by the Mintel research, which reports that just over half of contract publishers feel there is scope to convince existing clients to increase their online spend or attract new online customers.

“It’s imperative that publishers look at emerging technologies and study how consumers are using them. Digital agencies have a headstart in the online arena, and those publishers who are on the ball are linking up with these experts and forging new ways to communicate with consumers that build on the strengths of the magazine brand,” Key says, but, as an editor, she is very clear about the strength and longevity of the magazine.

“People will always love to read a magazine – there’s nothing like holding a glossy copy and opening it for the first time.”

But in terms of how magazine publishing can support digital or online media, there can be no better example than the online fashion retailer asos.com (asos standing for “as seen on screen”). Asos approached contract publisher Square One because it wanted to build its brand and increase sales, and it worked. According to Square One director Sean King: “In the two weeks after the launch it generated 5% of all sales, which – given that the magazine was only sent out with orders – is absolutely phenomenal. Not only that, the basket spend was up 60% on the average. Existing customers are coming back to the site immediately and, more importantly, spending money.

“The beauty of working with an online retailer is that the results are instant. We don’t need to research the impact of the magazine, we can see the sales figures on a day-by-day, minute-by-minute basis. This illustrates how online and offline can work together successfully to drive return on investment, and puts to rest any claims that contract magazines aren’t truly measurable.”

Ipsos MORI customer marketing analytics group director, Trevor Alderson, believes contract publishing has taken off because “they tend to adopt the format of the most popular consumer magazines and offer readers a glossy, high-quality publication with relevant information”. He says contract magazines were also one of the first tools to expand brands into people’s everyday lives.

He adds: “From their inception, contract magazines have had to strike a difficult balance. They cannot push products too much, but they are marketing collateral and have to raise consumers’ knowledge of a brand and its products.”

Given that customer publishing has only really been going for a little over ten years, it is difficult to predict how it will look in five years’ time, given the swift changes that have already taken place.

Fast Facts
Interestingly, Sewell says he already thinks of recipients of magazines as viewers rather than readers, and this has an impact on how the information is delivered and in what format. “We are seeing a movement where consumers want quick and easy information – even in magazines – which is why Glamour is doing so well. Consuming information easily is not just about the internet.”

And although Sewell believes people will always want printed magazines, he wonders how, and what, today’s five-year-olds will be reading in 20 years’ time.

But in terms of the future for contract publishing, Key says: “Quality, interesting, engaging writing will always find readers, regardless of the medium. As long as we are responding to our clients’ needs in the most effective way, it can only be for the good of the industry.”