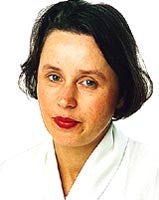 A record number of entries were received this year and scrutinised for their business objectives and creativity, the expertise and innovation employed in campaign exploitation and, most critically, their results.

The continuity category attracted a particularly bumper crop of entries, reflecting not only the maturing market but the trend towards longer-term sponsorships and the greater understanding that sponsorship.

That said, the winner of this year’s Hollis Sponsorship of the Year Trophy, sponsored by Sky Television, is not a long-term sponsor. In fact, instant office provider Regus – also winner of the Arts Sponsorship category for its sponsorship of the London Film Festival – is new to sponsorship but has learned quickly to make it work brilliantly. The sponsorship helped enquiries increase by 43 per cent and Regus generated sales estimated at £3,254,000.

If criticism needs to be made of some of this year’s entries, strong emphasis is still being placed on achieving media coverage but very little explanation, according to judge Tom Watson from Hallmark Public Relations, as to why the media was important and how the “target audiences had received and processed the message”.

Rosemary Sarginson, chair of the judges, and publishing director of Hollis Directories

Sponsor of the Year

By sponsoring the London Film Festival, Regus aimed to increase is brand awareness as well as initiate relationships with prime business targets. Regus generated extensive coverage among media sponsors as well as other media. Every film screening was preceded by a 30-second trailer and the Regus Centre in St James’s Square was decorated internally and externally for hospitality events. As a result of the campaign, enquiries to Regus increased by 43 per cent and as a result of contacts initiated by the festival, Regus has generated sales of more than £3m.

Entered by: The Sponsorship Consultancy

The idea was to increase awareness of Weathercall’s brand and product portfolio among anglers. The campaign comprised the development of a jointly branded logo, 120,000 pieces of Weathercall branded print material, 15,000 branded tacklebox stickers distributed to anglers and Weathercall link that was placed on AnglingTimes.com. Following the campaign, 94 per cent of anglers knew Weathercall was the headline sponsor.

Through TV signage and logo placement on clothing, the campaign promised 1,800 seconds of clear branding, a minimum of two verbal mentions per show plus the presentation of the CitroÃÂ«n Vans Trophy at the final. The van lift competition resulted in further brand exposure.

The LIVE Club Tour travelled to 19 UK cities, backed by a two-week radio campaign for each city and Internet activity hosted on radio station websites. At each venue, LIVE Club Tour branding was displayed and a promotional team organised data capture through a competition.

The object was to promote the key messages that Flora cares for the family, is fun and is good for health. The campaign included the launch of the Pizza Express Flora Marathon healthy pizza and a focus on the training and diet regimes of celebrities running in the marathon.

The campaign sought to raise awareness of NU’s sponsorship of athletics. Goody bags were handed out to all participants and a dedicated team was set up to ensure a high-quality experience at each headline event. Sixty-six per cent of parents of children participating in the scheme spontaneously quoted NU as the sponsor.

Sponsorship was used as an effective rebranding platform for the bank’s name change from Midland Bank to HSBC. Customer and staff screenings were organised as well as drama-video offers. The results indicated a media value significantly more than the fee paid for sponsorship.

Project: Gold Sponsor and Official Supplier to Team GB at the 2000 Olympics

M&S wanted to align its brand with the aspirations of the Olympics and Paralympics. Sponsorship was integrated into marketing strategies of eight business units within M&S. Awareness was raised by mailing store cardholders, in-store decor and endorsement of ranges supplied to teams.

Sponsored by Icon Display, supported by the ISS0

Volvo wants to be the most recognised car brand in the UK boating community by the end of 2001. It developed a youth sailing programme with a discount on Volvo cars for RYA members. A Volvo RYA Youth Sailing logo was applied to all communications, clothing and branding. As a result of the campaign, all of the 180 dealerships have a sailing co-ordinator.

AXA wanted to achieve prompted awareness of 62 per cent among all adults by the end of 2000. The campaign included using AXA logos and text with all FA Cup results/fixtures across all media. Additional support included AXA FA Cup hot-air balloons and roadshows. At the end of the year, prompted awareness stood at 69 per cent.

The Carling logo was on awards given to players and managers. A weekly news bulletin was distributed to more than 900 commentators. Magicsponge.com, was set up and a DM programme, Club Carling, was launched.

Bass Brewers wanted to link the Worthington brand inextricably with the competition. Worthington linked up with over 100 media partners, giving away almost 3,000 tickets. At the end of the campaign, 42 per cent of Worthington’s audience spontaneously linked the brand with the Cup.

The campaign aimed to provide a g;oball platformMartell, focusing on key markets, particularly south-east Asia. A series of media events was organised and promotional activities were tied into drinking Martell long drinks or cocktails. TV trailers and preview programmes were distributed to international broadcasters.

A scheme promoting the value of reading groups in the workplace was initiated and tied to a promotion in the Daily Express attracting 2,000 readers. Original research on gender reading groups was released at the London Bookfair to coincide with the launch of the Orange long list.

Best Use of Research

An award-winning workshop tour of primary schools running from June 1999 to June this year. Each strand of FutureTalk is brought together on a BT website for schools, where the BT FutureTalk Awards is the grant-making element – only available online. The BT ICT@School website attracted 52,520 users’ sessions from September to December 2000.

The programme included branding on every page of the Euro 2000 Arena and on the five European Sports.com sites. Ads across the network drove traffic to the sponsored arena, to adidas sites, adidas products in the Sports.com shop and to the adidas event store.

Project: T on the Fringe

Seventeen gigs in August at two Edinburgh venues, featuring top artists were comprehensively branded with everything from scrims for the PA stacks to T-shirts for the bar staff. Tennent’s lager stockists ran competitions to win tickets to the gigs and branded merchandise. Media value was in excess of £120,000 from a property that was sponsored for £15,000.

The campaign aimed to position the airline as an innovative and technologically advanced company. Emirates was promoted as the WAP sponsor with a permanent placement across all Sports.com’s Olympic Web coverage.

Penguin sponsored the Guardian Valentine’s Message Section and had audio branding on the phone line. The Little Book of Pleasure was produced and several hundred copies of the book were distributed, while over 800,000 readers were exposed to the branding in the paper .

Regular press reports and TV covered the progress of the two crews taking part in the Soling Class, part of the build up to Sydney 2000. United Airlines’ internal publications featured reports and articles which were posted on sports and sailing websites.

Best Use of Public Relations

Sponsored by Durrants and supported by the Public

The idea was to position Nationwide in the run up to Euro 2000 as the England football team’s biggest supporter. The campaign included a giant England shirt branded with the Nationwide logo and a good luck “Come on England” message. The shirt was taken to roadshows prior to the event, and fans and celebrities were invited to sign it and given chances to win match tickets. Media coverage was valued at £1.3m.

The official media launch of the kit was held at the Fabric nightclub in London. Experts from the Adidas research and development team were on hand to answer specific details on the technology of the kit. Ten British Olympic athletes gave testimonials on why they would be wearing Adidas Technology products at the Sydney Olympics.

(See Sponsor of the Year)

One of the main objectives was to bring mainstream opera to North Wales and involve Manweb employees in community activity. The North Wales

Nine annual concerts, over 200 music workshops for the elderly and patients in hospitals and nursing homes were organised. A ticket scheme is being run whereby 60 places are given at every Croydon (where Nestlé is based) concert to current and retired Nestlé employees.

Sponsored by the Institute of Charity Fundraising Managers

The idea was to tackle a social issue high on the Government and parents’ agendas. The aim was to support 180 school kids’ clubs across the UK and create 7,000 places. Each Pearl office was allocated six clubs to support in its area. Each club received a grant of £10,000 – £9,000 for an additional playworker and £1,000 worth of merchandise – clothes, literature and a Pearl Kids’ Club sign mounted outside the club building.

One2One works with the English Federation of Disability Sport and the FA to create bespoke training courses for football coaches to teach disabled people. By December 2000, 18 professional clubs had provided opportunities for disabled people to be trained. More than 1,000 disabled adults and children took part in six club development days nationwide.

Project: Our Future for Forests

Bank of Scotland wanted to increase the amount of woodland cover in Scotland and create jobs in the environmental sector. The campaign established a programme with 16 environmental organisations taking part. Each month one organisation carried out a press event at their site, involving the local community and press.

Grass Routes challenges young people to develop school travel plans with a range of curriculum materials to bring the issue of sustainable transport into the classroom. All UK secondary schools received a flyer explaining the challenge. This resulted in over 1,300 applications for challenge packs.

Homebase wanted to introduce some balance between the decorative versus constructional emphasis of homes, thereby making Homebase a store for both men and women. Early involvement in the programme allowed for the programme’s logo and titles to be developed in Homebase compatible colours as well as an integrated sponsorship programme.

(See Best Use of Research Nominations)

Sponsorship Personality of the Year

Bill Kallaway set up Kallaway in 1972 as the first arts sponsorship consultancy in the UK. He is a founder member and a former chairman of the European Sponsorship Consultants Association (ESCA), a Fellow of the Royal Society of Arts, and a council member of the National Youth Theatre.