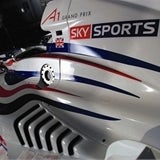 Competition for sponsors and viewers in the motor racing industry is set to heat up following A1 Grand Prix’s (A1 GP) appointment of JWT and MindShare to handle its &£8m advertising and branding business (MW last week). As it cements plans to raise its profile, it also hopes to ignite interest among potential sponsors.

The agencies have been tasked with developing and implementing a long-term brand communications strategy across 15 countries for the series, which sees itself as a major rival to Formula 1 (F1).

JWT global managing partner Bob Boxer says the agencies will undertake a wholesale review of the branding elements of A1 GP to develop consistency across the business, while also developing a cross-media campaign to build interest.

The championship was created by a private company controlled by Sheikh Maktoum Hasher Maktoum, a senior member of the Dubai royal family. Since its launch last year, A1 GP has forged partnerships with London-listed investment manager RAB Capital and US-based tyre manufacturer Cooper Tyres, while individual teams have secured their own deals with the likes of Foster’s and Fisher &amp; Paykel.

A1 GP general manager of commercial Stephen Watson says it operates a tiered-sponsorship model ranging from global to event partners, but has no plans to take on a title sponsor at this stage. “We don’t want to dilute A1 GP as the leading premier brand of the series,” he says.

With the season two launch only weeks away, A1 GP is yet to sign a sponsor to its primary global sponsorship category. But Watson says he is talking to a number of interested parties and a deal is imminent.

“For national sponsors that are seeking global recognition it offers huge brand value,” Wynne-Morgan says. “While the sponsors in F1 are global multinationals like Bridgestone, international A1 GP teams can target local brands and offer them instant global exposure.”

This season’s calendar of 13 races will be broadcast to more than 100 countries around the world across a network of over 40 television partners. In the UK, the entire season will be aired on Sky Sports, after BSkyB signed a three-year deal to broadcast the motor racing series in August 2004.

While F1 remains the undisputed leader in motor sports, offering prime-time TV exposure, A1 GP is muscling in with a unique offering and is determined to position itself as the “World Cup of Motorsport”.

“It is more comparable to national sports, rather than in direct competition with events like F1,” says A1 GP general manager of marketing Kenton Elliot. “With 25 nations racing against each other it’s not about the individual driver, but the fact they are representing their country.”

The competition’s marketing strategy is therefore centred on developing an emotional connection with fans on a national level. Unlike F1, where drivers compete individually and race on behalf of a car manufacturer, A1 GP comprises over 20 drivers competing for teams on behalf of their nations, which together represent 80% of the world’s population.

Competitors drive single-seat A1 GP racing cars that are technically identical, built by Lola, a British company based in Huntingdon, Cambridgeshire. “It has taken the negatives of F1 and turned them into pluses that offer a genuine alternative to motor-racing fans,” Wynne-Morgan says.

But while the foundations are in place, A1 GP is turning to the expertise of branding and advertising experts in a bid to capture the imagination of motor-racing fans and attract big-ticket sponsors.