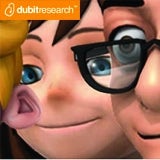 Dubit has battled hard to dispel concerns about ’irresponsible marketing’ after it was accused in the national press of using child brand ambassadors to promote Coca-Cola, Cheesestrings and the Barbie MP3 player.

Dubit strenuously denied the accusations, which were made in early 2010, with the agency pointing out The Sunday Times and other national papers “ran a correction letter two weeks later accepting the article was factually incorrect”.

Douthwaite is being hired by the lobby group to provide expertise, gained in his ongoing role as CEO of youth research and communications agency Dubit.

Talking about the appointment of Douthwaite, an AA spokesman says Dubit “does a fair bit of work in that [brand ambassador] area already, ironically mostly for the government”.

“Dubit have got a whole load of rules and regulations around what they will and won’t do and how they go about it, so they will provide some valuable insight there as we tackle that area.”

Douthwaite says his appointment was a consequence of being involved in the development of the Check website with the AA.

Check launched last year with the aim of helping the industry work out what the right rules, regulations and best practice are around marketing to kids.

Douthwaite says: “In an age of digital advertising and new techniques, ensuring that young people are protected and respected has never been more important.”

The AA has set up its children’s panel to ward off a crackdown on the industry following the publication of the Bailey Review, which made a series of recommendations concerning the marketing industry.

Recommendations included prohibiting the employment of children as brand ambassadors in peer-to-peer marketing and reducing the amount of on-street ads containing sexualised imagery in areas where kids are likely to see them.

Concerns about child brand ambassadors were picked up on by former ’consumer tzar’ Ed Mayo and academic Dr Agnes Nairn, who co-authored a book called ’Consumer Kids’ in 2009 that launched a blistering attack on children’s marketing.

Ad industry sources believe the Consumer Kids book sewed the seeds of the recently published Bailey Review, after David Cameron read press reports about the book during his time in opposition.

A former AA spokesman believes that as a consequence, Cameron went on GMTV lashing out at “irresponsible advertising activity” and these views later worked their way into the Conservative manifesto.

The manifesto was later put in the Coalition programme for Government, as a commitment to crack down on irresponsible advertising.