The new £10m above the line campaign, which was devised by adam&eve/DDB, aims to communicate the breadth of the AA patrol’s services by recounting quirky experiences of its staff. These include patrolmen fixing a broken down Nazi carrier for a battle reenactment group in Yorkshire and assisting with nude naturists who had lost their car keys.

The AA’s marketing director Chris Harris, who joined last month to spearhead the firm’s new focus on regular advertising, admitted that brand awareness has slipped and insisted the new campaign will not be a one off.

He told Marketing Week: “We’ve been off the air for too long and the previous private equity ownership meant that the AA cut back on brand investment entirely over the last eight years.”

Following the ‘AA Friends’ campaign in 2007, which featured singing patrolmen, the AA merged with the Saga Group to form the private business Acromas Holdings. However the AA went public last year and is now investing in the brand.

Harris said: “When we went public the new management team was clear on how important the brand was and moving forward we will look to invest £10m every year through above the line advertising and give it a shot in the arm.”

In the YouGov BrandIndex list of the UK’s 44 biggest utilities and services brands the AA’s index rating, which includes consumer perception of a brand’s quality, value, satisfaction and reputation, makes it third with a score of 14 points.

But despite the positive signs, Harris says the brand’s lack of investment has hit its perception and made the average consumer unaware of the breadth of its services – which include cutting keys for drivers locked out of their car at the site of a breakdown.

“If you go back 10 years our spontaneous awareness levels were 99% that’s now slipped to 91%,” he claimed.

“That loss accounts primarily for younger consumers who think we’re outdated or don’t have the latest technology – I think this campaign is about pulling that score back up and looking after the brand perception for the long term.” 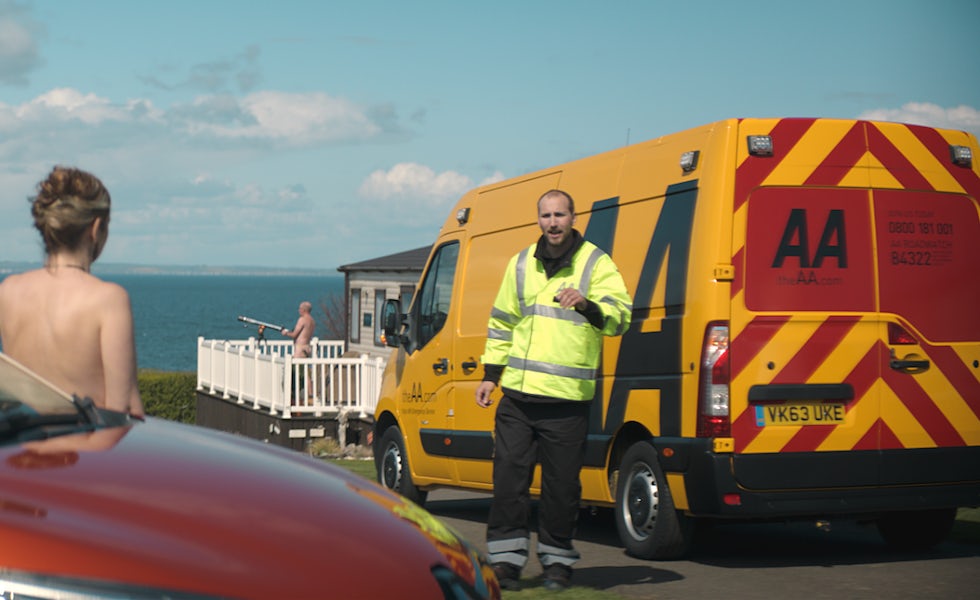 Harris believes the utilities and insurance sector has been guilty of ‘indifferent’ marketing over recent years. He said the AA will look to colour and quirky real life stories to resonate with consumers moving forward.

He concluded: “On the service end a lot of the electricity and utility brands are quite a disappointment with their marketing right now.

“I think one excuse is that they are heavily regulated and there’s a big rule book but the trick is to work with it rather than use it as an excuse for indifferent advertising. I think we’ve achieved that with this campaign.”

M&S is understood to be readying its first card-based loyalty programme for an Autumn launch as it looks to build closer links between its food and GM businesses and offer more personalised marketing.