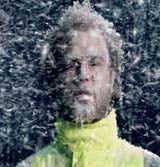 Delaney Lund Knox Warren &amp; Partners is to launch a television campaign for the AA this week.

It will also run in cinemas and will be fully integrated with digital and direct marketing work created by Dialogue DLKW.

The ads are an evolution of the &£18m “You’ve Got AA Friend” campaign established last March after DLKW was first appointed to the business. The agency won the roadside business from Rapier after a review.

The strategy is to position the AA as by far the best breakdown service. The ad dramatises the emotions felt by members who have broken down and their feelings at the moment of rescue when the AA patrols arrive.

The ads, featuring the Carole King classic “You’ve Got A Friend” recorded by the Beatles’ sound engineer Geoff Emerick at the Abbey Road studios, aim to show the AA patrols’ expertise in looking after members as well as fixing vehicles.

Meanwhile, the AA is putting &£10m behind a direct response television campaign by Rapier to promote its insurance products. AA Insurance has 2 million customers and membership grew by 10% last year.