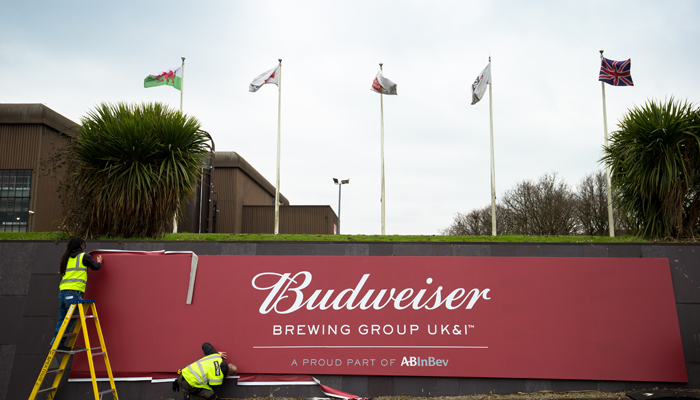 AB InBev UK & Ireland changed its name to Budweiser Brewing Group UK & Ireland last week in a move that it hopes will elevate both its brands and business’s reputation.

Rumours of the drinks giant’s name change have been circulating for roughly a year with the brand citing a lack of awareness among consumers as a key reason. Alongside Budweiser, the business also makes Stella Artois, Becks and Corona – and is the world’s biggest brewer – but this is relatively unknown outside of the industry.

Tatiana Stadukhina, the company’s marketing director of northern Europe, told Marketing Week last year she was looking to make the business as famous as its brands to help elevate its position.

“Currently [our] brands have more meaning to consumers lives but we’ve been discussing making AB InBev famous. It’s great we have a personal connection but we are exploring ways to take that to a higher level like P&G and Unilever, [so AB InBev] is known at a top level,” Stadukhina said.

Procter & Gamble and Unilever have gained brand status in their own right both setting out impressive brand purpose goals and Budweiser Brewing has ambitions to do the same. As well as changing its name, the drinks giant has outlined five new commitments spanning sustainability, employer branding and responsible drinking.

These include creating a nation of ‘smart drinkers’ by helping to cut excessive drinking, as well as becoming the UK’s “most sustainable brewer” as it ups its focus on renewable electricity and locally-sourced barley.

Much has been written about the importance of brand purpose as consumers increasingly want to understand the companies behind brands and their impact on the world. Brands no longer exist in isolation; they can’t claim to be eco-friendly if their owner doesn’t have the same credentials as consumers will call them out. Consumers want to understand not just what brands do but who operates them and whether they have a positive or negative impact on wider society.

Interestingly, Stella Artois is the most popular brand in the UK – not Budweiser. Despite being less popular the American lager is growing fast, though. In 2017, sales hit £49.2m in UK supermarkets making Budweiser the fastest-growing product of that year.

Speaking on an investor call in October, Jason Warner, president of its UK & Ireland business, said: “As the official beer of the World Cup, Budweiser lit up the globe’s biggest sporting event with our most ambitious campaign to date. Even post-tournament, Budweiser remained the number one contributor to volume and value growth across total trade.”

However, according to YouGov’s BrandIndex data its reputation and satisfaction is decreasing. Over the past 52 weeks Budweiser has scored +6.1 with a ranking of 22, in a measurement that displays brands overall health including quality, buzz and satisfaction. This lags behind Stella Artois score of +9.9 which sees it rank 11th.

That being said Budweiser’s attention score, which measures if respondents have heard anything about a brand, is at +5.1 putting it 5th among beer and ciders ahead of Stella Artois at 15 with a score of +3.1.

The company’s name choice becomes more apparent when you look at demographics as YouGov’s BrandIndex shows that Budweiser is more popular among millennials and women.

Beer brands have traditionally struggled to get women into beer but in more recent years the rise of craft has helped recruit female drinkers away from wine. Budweiser’s impression score is much higher among women compared to Stella Artois, particularly over the past few months with scores peaking at +18.1 in February compared to Stella Artois at +13.2.

Additionally, when filtering by age, 18- to 34-year-olds prefer Budweiser. More and more young people are opting to drink less with low and no alcohol beers becoming an increasingly important trend. Budweiser has a light version of its drink and a no alcohol product: Budweiser Prohibition Brew.

According to YouGov BrandIndex Budweiser’s impression score is much higher than Stella Artois, peaking at +21.6 in February compared to Stella Artois at +2.9.

Commitment to the UK

The move is being spearheaded by newly-appointed president of Budweiser Brewing Paula Lindenberg, who joined the business in January. She says: “Through the power and recognition of the Budweiser brand, we want to open ourselves up to working with more partners to achieve our ambitions.”

Budweiser Brewing Group will also be championing Britain’s beer culture with programmes designed to boost trade across the supply chain including farmers pubs and retail.

With Brexit looming it’s an interesting choice from the brand to renew commitment to a region with such economic and political uncertainty. However, the UK market is becoming increasingly important to the wider AB InBev business. In October the brewer reported “mid single-digit growth” in western Europe in part thanks to Budweiser’s Fifa World Cup campaign, which was the biggest in the company’s history.

Jason Warner, president of its UK & Ireland business, said: “We have seen a strong third quarter for our UK business.”

Referencing Nielsen and CGA data he added: “Year to date we have grown ahead of the market in both volume and value, helped by a summer of sport and big campaigns from our global brands.

As well as creating a more consistent link between the parent company and its brands, the name change will also help attract top talent.

AB InBev has a unique culture something which Stadukhina says is key when hiring the best marketers. However, with a new name and set of commitments it will be easier for job-seekers to understand the company. Budweiser Brewing has also outlined plans to create a more inclusive working environment that promotes apprenticeships, career development and diversity which is sure to attract a range of new hires.

Ultimately, Budweiser Brewing Group is keen to point out that it will “remain a proud part of AB InBev globally”, but who knows if the company will adopt the name change in other markets. The UK business has undergone an overhaul with a turnover of new senior management so it will be interesting to see whether the distinction will see the region operate differently to the rest of the company. 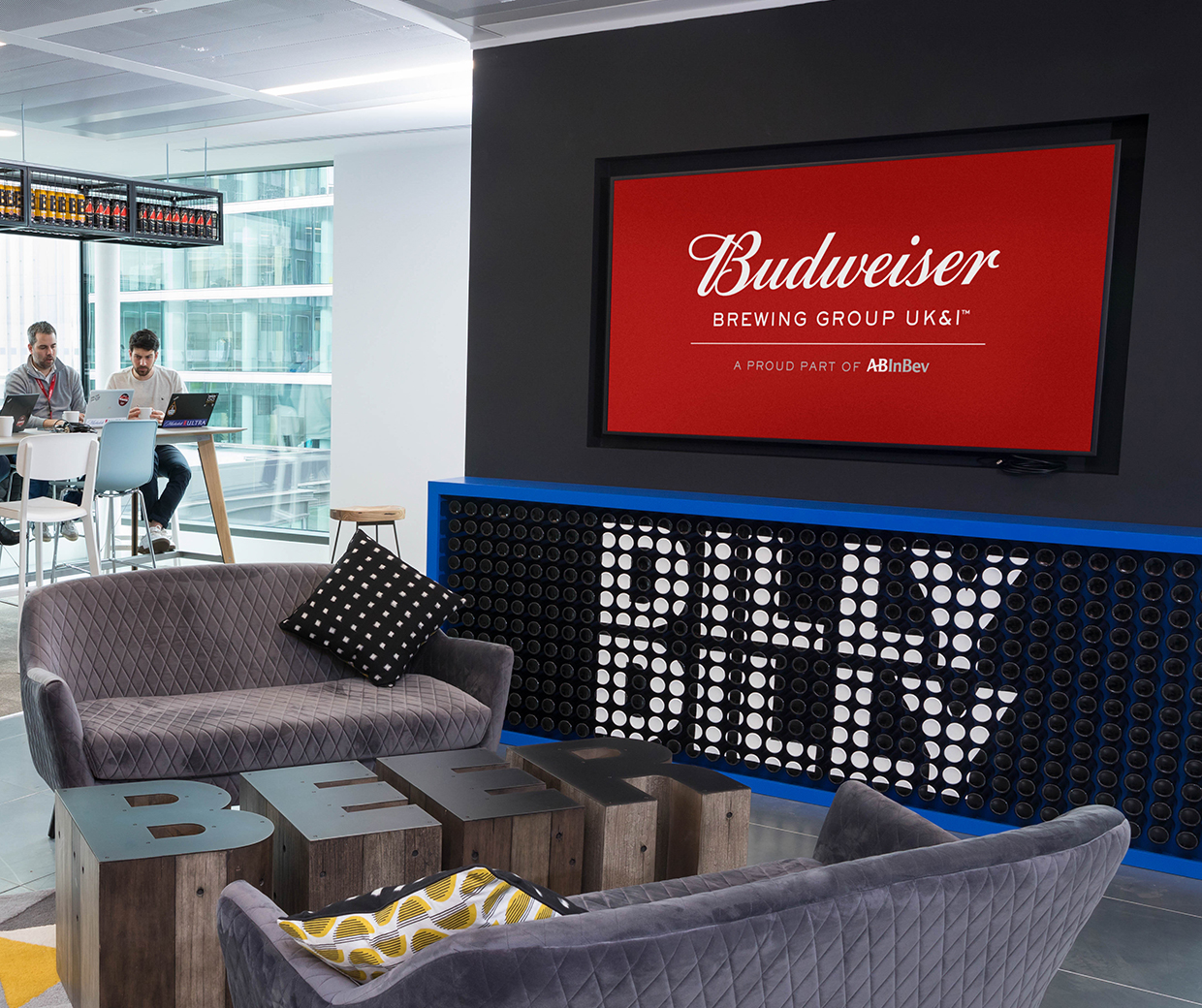 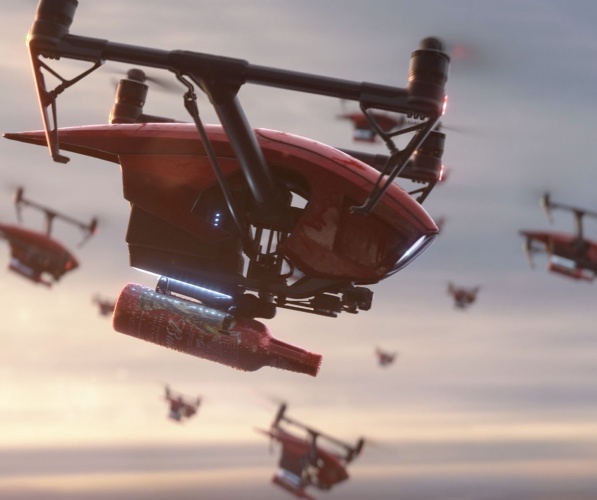 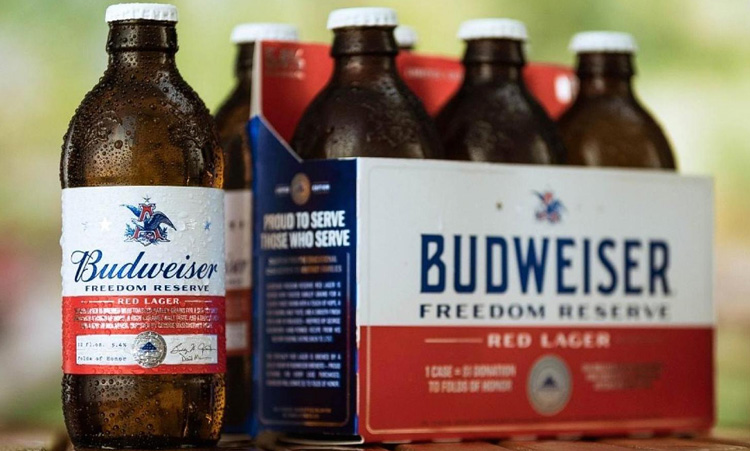