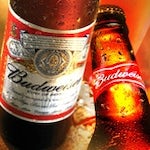 The European Court of Justice has ruled that the brewer cannot have exclusive rights to use the name in the European Union.

The ruling brings to an end a 14-year long legal dispute with Czech brewer Budejovicky Budvar to gain control of the Budweiser name in Europe.

AB-InBev had appealed an earlier decision by the European General Court refusing its trademark request because it clashed with the existing trademark protection Budejovicky Budvar already has.

“We have rights to the Bud or Budweiser trademark in 23 of the 27 European Union member states. Filing this application was an effort to further expand our extensive trademark rights and gain additional protections that we continue to believe are rightfully ours.”

Both companies have used the Budweiser name for centuries.

Budweiser means from Budweis, the previous name for the Czech city where Budejovicky Budvar is based.

US brewer Anheuser-Busch, bought by InBev in 2008, began making its Budweiser in 1876.