The brewer is using Bar Pass, a start-up business it has funded, to roll out the click and collect service. Users who order AB InBev drinks from the app receive a push notification when it is ready to collect from the bar. A secondary feature will also allow drinks to be delivered directly to tables at some venues.

It tracks purchase data that AB InBev could use to push targeted promotions around specific brands such as Stella Artois and Beck’s. Location-based offers can also reach users as they walk past certain bars as a way to drive impulse sales. The app aims to improve the customer experience in the on-trade by creating a more targeted and faster experience for drinkers.

The service is already being trialed in venues such as Wembley Arena and sports bars across the UK ahead of a wider push in 2014. It is going to be introduced to cafes in the coming months, according to Bar Pass. The start-up declined to confirm whether other brands including rival breweries would be able to use the app claiming “deals were not yet finalsied”.

The app is the latest from the brewer’s tie-up with Tech City accelerator scheme “The Bakery. Earlier this year, it launched a Facebook app allowing users to gift friends a pint of Stella Artois.

AB InBev has made mobile marketing its top focus for next year and has said all future campaigns will be developed for mobile first ahead of other channels. It joins Heineken and Molson Coors in turning to digital marketing to attract younger drinkers to the UK’s struggling pubs and clubs. 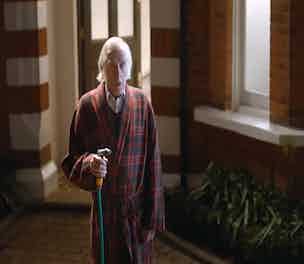 Just when you thought marketers had managed to get through Christmas without upsetting anyone with their seasonal advertisements, KFC’s festive foray has gone and done just that by drawing the ire of Christians for a contentious lyric.