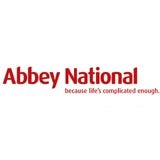 Abbey National has announced a &£1m rebranding campaign, only hours after the strength of its brand proved to be a major impediment preventing an &£18.2bn takeover by Lloyds TSB.

The Competition Commission concluded that Abbey National’s “brand name, national network of branches and presence in personal and some business markets made it one of the very few players outside the big four able to compete”.

Ironically, Abbey National announced it is softening its lettering and removing the “umbrella couple” logo from fascias, credit and debit cards and literature in a bid to modernise its image.

Abbey National marketing communications manager Keith Moor says the company stressed to the Competition Commission that it has been developing its brand since the internal launch of Living the Brand in 1997.

The strength and importance of the Abbey National brand was seen as a key issue by the commission’s inquiry into the merger, led by Denise Kingsmill.