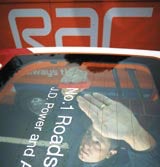 Motoring organisation the RAC has moved its £11m creative account into Abbott Mead Vickers.BBDO without a pitch. It follows the £1.1bn takeover of the RAC by insurance group Aviva in March.

It is not clear which agencies have been responsible for the RAC account in recent years. In 2003, WCRS created a campaign to promote the organisation’s financial services products on television for the first time, but it is unclear whether it has worked with the agency recently. It has also worked with The Windmill Partnership on past TV campaigns. A majority of the RAC’s recent advertising has been below-the-line work, through direct-response specialist Partners Andrews Aldridge. It is understood that Partners Andrews Aldridge is not affected at this stage. The agency was appointed last summer to RAC’s £10m direct marketing account, which also includes direct-response TV advertising.

Aviva is also expected to put its combined media planning and buying account, worth more than £60m, up for review (MW March 17). The RAC’s media and buying is through Vizeum and All Response Media, while Norwich Union’s £47m media account is held by Brand Connection. An RAC spokesman says a review has yet to start.

The insurance giant has also brought in its own managers to take key posts at the RAC, which has more than 6 million customers. Chief executive Andy Harrison has been replaced by former Norwich Union Insurance customer services director Simon Mitchell. Further changes are expected.